The Romance genre is one of the most popular genres in India. I mean, who doesn’t love a good love story? (Except People who have had their heart broken?) Love stories play an important part in films, as the majority of the films have some sort of romantic element in their stories, this is done to up the stakes, or to add an emotional effect to the film. Telugu Film Industry has seen its fair share of love stories in its long and rich history, few films have revolutionized the industry and have gone on to achieve cult status, while the others have failed miserably. In this article, we will be taking a look at the Best Telugu Love Stories that you can watch 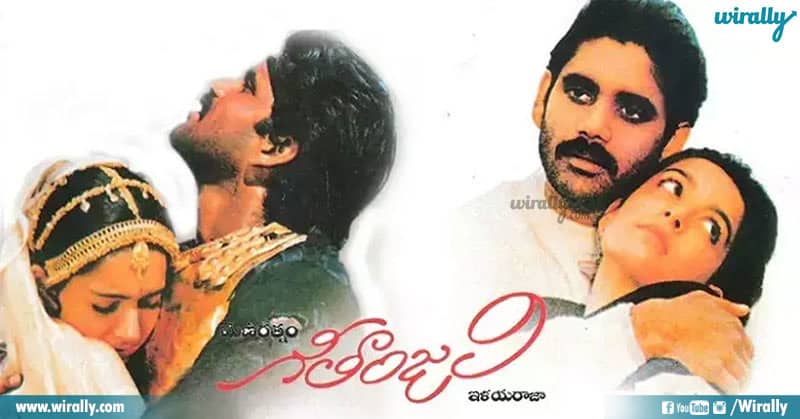 The 1989 romance film written and directed by Mani Ratnam is often regarded as one the all-time great love stories of the Industry. It stars Akkineni Nagarjuna, Girija Shettar in lead roles, as it tells the story of Prakash, who is diagnosed with terminal cancer. He meets another patient named Geethanjali and falls in love with her, but when Geethanjali learns about his illness, she decides to move out of his life. Releasing on 10th May 1989, Geethanjali received critical acclaim, with many regarding it as one of the greatest love stories in the Telugu Film Industry. The film did well commercially too, making a Box Office blockbuster. It went on to win the National Film Award for Best Popular Film Providing Wholesome Entertainment and seven Nandi Awards. The film had such an impact, that it was dubbed into Tamil and Malayalam, and was remade in Hindi as Yaad Rakhegi Duniya. 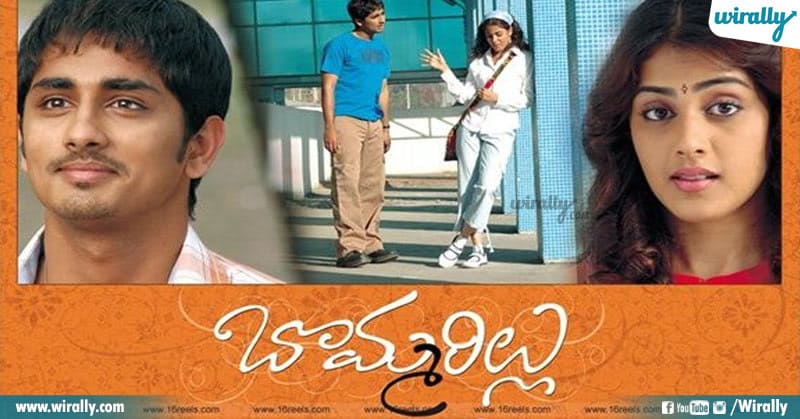 Co-written and directed by Bhaskar in his directorial debut, Bommarillu is a romantic comedy family drama film starring Siddharth, Genelia D’Souza in the lead roles, and Prakash Raj and Jayasudha in pivotal roles. The film tells a simple story of a young man name Siddhu, and his overprotective father, who decides to get him married to a rich girl, complications arise when Siddhu falls in love with Hasini. The film was released on 9 August 2006, to rave reviews, with many appreciating the story and the acting performances. The film is very well written and had some innovative concepts, rarely seen in the Telugu Film Industry at the time. The film won several awards including South Filmfare Awards and was one of the highest-grossing Telugu films of 2006. 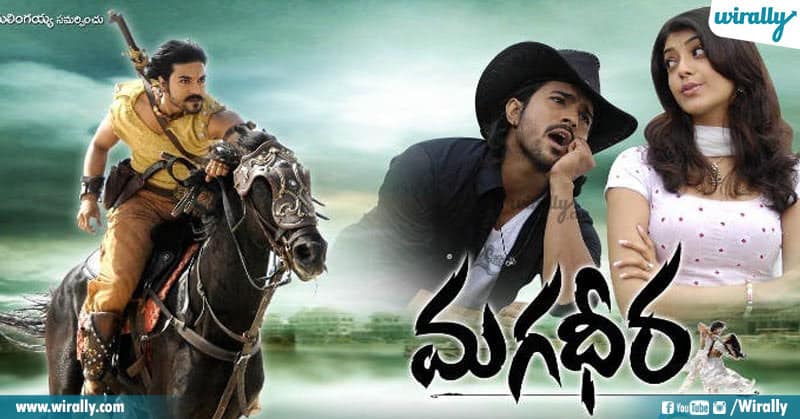 Directed by the legendary filmmaker S. S. Rajamouli, Magadheera is a fantasy action film, starring Ram Charan and Kajal Aggarwal in the lead roles. The plot of the film revolves around 4 people who die before fulfilling their wishes, and are now reincarnated into the present day. The film released on 19 March 2008 to critical and commercial acclaim. The film was praised for its storytelling, visual effects, creativity and direction. The film was also praised for its fantastic love story, and how the story links back to the story of more than 400 years ago. If you are looking for a romantic film, that has great action sequences and amazing visuals, Maghadheera is a great choice. 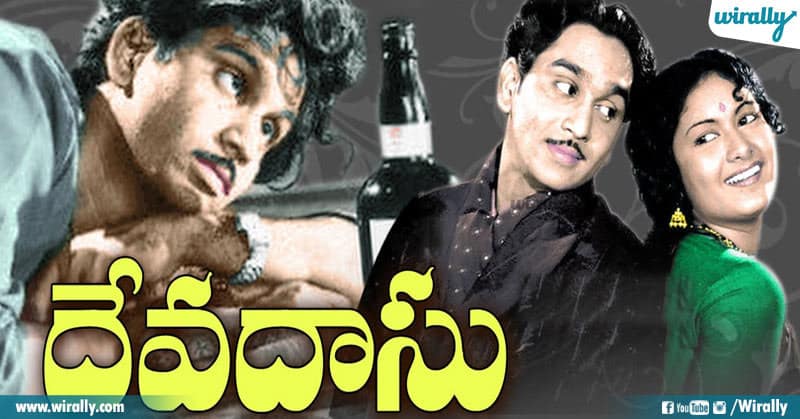 Switch on your time machines, as we’re going on a trip to the past, as we take a look at one of the most famous love stories in the country. Releasing in 1953, Devadasu is a romance film, based on Sarat Chandra Chattopadhyay’s novel, Devdas. The film tells the tragic tale of Devadasu and Parvati, who are separated due to unfortunate consequences. This causes a downward spiral in the life of Devdas, who is not able to cope with the failure, and turns into a drunkard. The film does justice to the source material, and perfectly depicts the fall of Devadasu. The film has gone on to achieve cult status and is still one of the finest, tragic love stories you’ll ever watch. 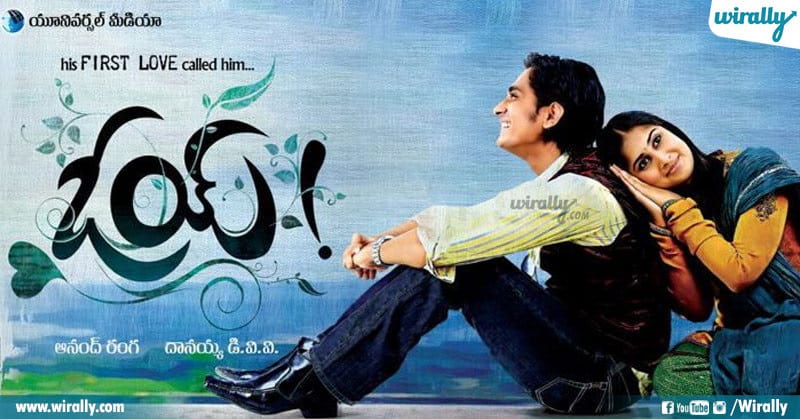 Anand Ranga’s directorial debut was an interesting one, having worked previously in successful films like Bommarillu. Many fans were expecting something new and special, and Anand did just that with his romantic-drama film Oye!. The film stars Siddharth and Shamili in the lead roles, as it tells the story of a rich businessman named Uday who falls in love with a terminally ill girl named Sandhya, the rest of the film revolves around Uday teaching Sandhya the small joys of life. What you get from the film is an emotional ride from start to finish. The film is full of great moments, and valuable lessons. The story is heart-warming and well-paced. The lead actors do a commendable job in their respective portrayals, making for one of the warmest and heart touching love stories you’ll ever see. 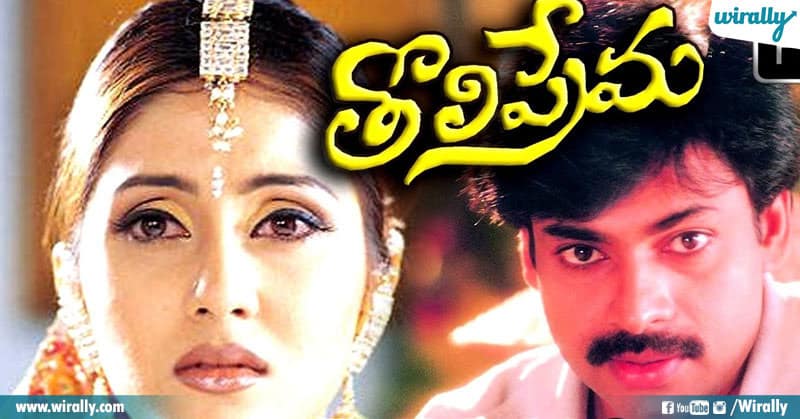 The film that led the actor Pawan Kalyan to instant stardom, is still a great watch in 2020. Written and directed by A. Karunakaran, Tholi Prema stars Pawan Kalyan and Keerthi Reddy in the lead roles, as it tells the story of a young man named Balu, who falls in love with Anu, and must now find a way to express his feelings for her. Though, the story is something that we’ve seen several times in Telugu films, what makes Tholi Prema unique is the way the story is portrayed. The film is filled with great dialogues, powerful performances, and great chemistry between the lead actors. Pawan Kalyan shines the brightest here, as his performance was extremely entertaining and fun to watch. 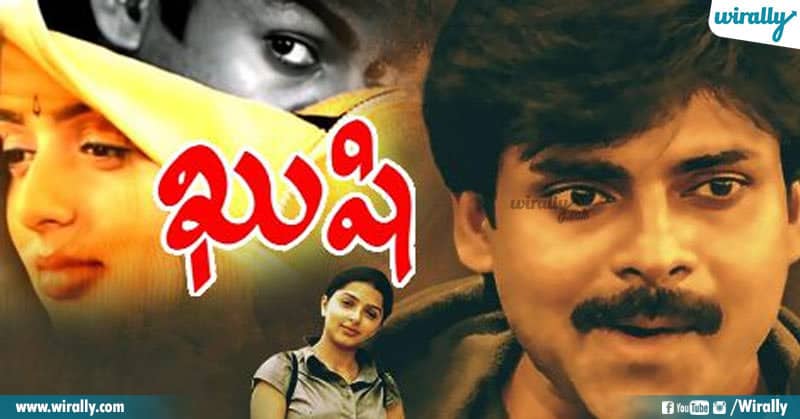 Remake of the 2000 Tamil film of the same name, Kushi is a romantic comedy film, which stars Pawan Kalyan and Bhumika Chawla in the lead roles. The film tells the story of two college friends Siddhu and Madhu, who start to develop feelings for each other after helping their two friends unite. The film released on 27 April 2001 and went on to become a cult classic, with many appreciating the performances of Pawan Kalyan and Bhumika Chawla, and the soundtrack, as all the songs went on to dominate the top charts section, Kushi was the highest-grossing movie in Telugu cinema at the point of its release and won several accolades.

Also Read: Indian Actresses Who Can Dance And Sing