Home Life Style 10 Awesome PC Games You Never Played As You Had No Graphic... 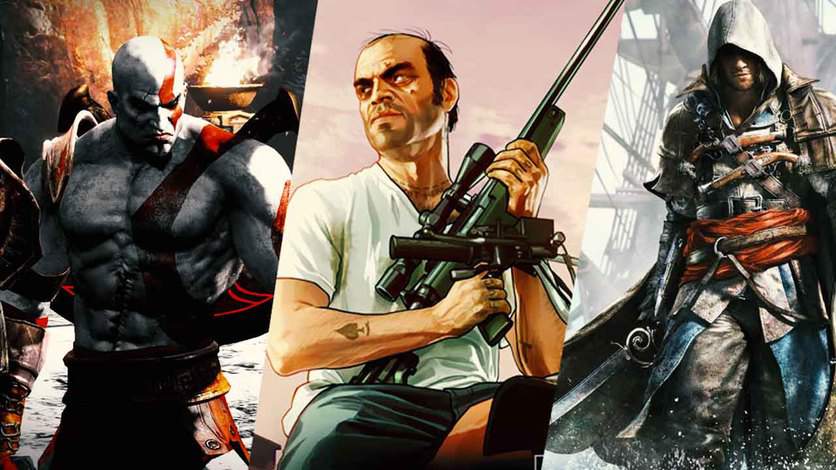 Come on we always were there..!! We had a PC which Dad had bought only and very strictly to download study materials and well study eventually. As months passed the initial attraction towards PinBall, Paint etc had waned and you wanted to go beyond. You wanted to explore the possibilities which could be accommodated by your meagerly configured Windows XP loaded computer system. The first game that your teenage hands could lay upon were say GTA Vice City, IGI or well Sonic Powerrun. But as the greed persists so does your pursuit. Then came the high def high res high everything games. You were awestruck and ran to the nearest ” Net Center ” to download it illegally and bring it home. It would install, and you’d copy the crack. But then that is when the heart wrenching moment came when your system would hang/crash or simply came back to reality. And a simple ominous message which said ” Graphic card Not Supported “. That moment is the basis of this article. Check it out then – God of War is an action-adventure video game series loosely based on Greek mythology, created by David Jaffe. Debuting in 2005, the series has become a flagship title for the PlayStation brand, consisting of seven games across multiple platforms with an eighth in development. The series’ story centers around its playable character, Kratos, a Spartan warrior tricked into killing his wife and child by his former master, the God of War Ares. The Assassin’s Creed games primarily revolves around the rivalry between two ancient secret societies: the Assassins and the Knights Templar, and their indirect relation to an ancient species pre-dating humanity, whose society, along with much of Earth’s biosphere, was destroyed by a massive solar storm. The games’ real-world chronological setting begins in the year 2012, and features Desmond Miles, a bartender who is a descendant of several lines of prominent Assassins; though raised as an Assassin, he left his nomadic family to seek out a more common lifestyle. Battlefield series games usually focus on large, online multiplayer battles, but the series included a new Cops-vs-Robbers theme with the release of Battlefield Hardline. This title did not have nearly the emphasis on piloting vehicles as previous titles, yet there still were a number of vehicles as well as team-based infantry combat. Playing in squads has also become a major element of games in the series. Beyond Earth is a turn-based strategy game played on a hexagonal-based grid, iterating the ideas and building upon the engine of its predecessor, Civilization V. Co-lead designer David McDonough described the relationship between the two games by saying “The bones of the experience are very much recognizably Civ. Call of Duty: Ghosts is set in an alternate timeline that follows the nuclear destruction of the Middle East. The oil-producing nations of South America, led by Venezuela, form “the Federation” in response to the ensuing global economic crisis and quickly grow into a global superpower, swiftly invading and conquering Central America, the Caribbean, and Mexico. Mass Effect 3 is a 2012 science fiction action role-playing third person shooter video game developed by BioWare and published by Electronic Arts for Microsoft Windows, Xbox 360, PlayStation 3, and Wii U. Officially announced on December 11, 2010, the game was released March 6, 2012 and marks the final chapter in the original Mass Effect trilogy of video games, completing the story of Commander Shepard. Crysis is a first-person shooter video game developed by Crytek and published by Electronic Arts for Microsoft Windows and released in November 2007. It is the first game of a trilogy. A separate game entitled Crysis Warhead was released on September 16, 2008, and follows similar events as Crysis but from a different narrative perspective. Medal of Honor is a series of first-person shooter video games. The first game was developed by DreamWorks Interactive(now known as EA Los Angeles, formerly Danger Close Games) and published by Electronic Arts for the PlayStation game console in 1999. Medal of Honor spawned a series of follow-up games including multiple expansions spanning various console platforms and the PC and Mac. Need for Speed: ProStreet is the eleventh installment of Electronic Arts’ popular racing game series Need for Speed. On May 21, 2007, Electronic Arts published a teaser trailer of ProStreet, and officially announced it ten days later. It was released worldwide in November 2007. ProStreet includes more than 40 cars including a few from American Le Mans Series.