Tollywood films are a sensation and a hugely popular category on streaming with a lot of options when it comes to Best Telugu Movies on Sony LIV. You can choose from a wide variety of films, including new releases and classics. The list goes on from Race Gurram to Neevalle Neevalle. To simplify things, we chose the best Tolly content that was available. The Top Telugu Movies on Sony LIV are listed below.

Meley, Anel Dew drips over fire is the subtitle for the 2022 Tamil-language criminal drama film Pani Thuli, which was written and directed by R. Kaiser Anand. The movie, which was made by Vetrimaaran through Grass Root Film Company, stars Andrea Jeremiah and Madhav Kannadasan. Santhosh Narayanan created the music, Velraj shot the movie, and Raja Mohammad edited it. The movie was broadcast on Sony LIV on November 18, 2022, and reviews from critics were largely favorable. 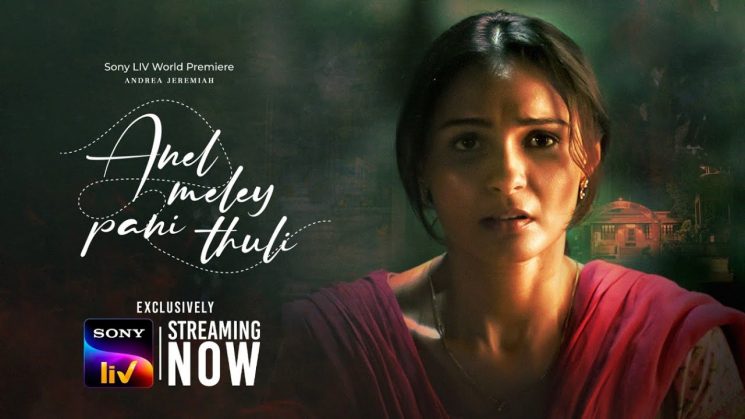 An Indian Telugu language film titled “Like, Share and Subscribe” was produced by Venkat Boyanapalli and directed by Merlapaka Gandhi. The leading actors in the film are Santosh Shobhan, Faria Abdullah, Brahmaji, Sudharshan, Naren, Mime Gopi, Govind Padmasurya, Sapthagiri, Babloo, Mirchi Kiran, and Phani. It is produced under the auspices of Niharika Entertainment and Aamuktha Creations. The film premiered on December 9th, 2022. Preview: Two travel bloggers visit Araku to capture some thrilling video, but what happens when they come across escalating hostilities between the Naxals and the police? Jayasurya and Namitha Pramod play the main characters in Nadirshah’s thriller Eesho. Arun Narayan is the director of Suneesh Varanad’s screenplay. The film is shot by Roby Varghese, the songs are written by Nadirshah, and Rahul Raj produced and composed the original score. The movie was shown on the SonyLIV OTT platform on October 5, 2022.
A security guard named Ramachandran Pillai, who is the key witness in the prosecution of a wealthy industrialist named Sevichan, encounters a mystery man named Eesho while working the night shift at an ATM. The guard shares his heart with the stranger during their talk before realizing that Eesho might not be a friend. What does Eesho want? Who is he? 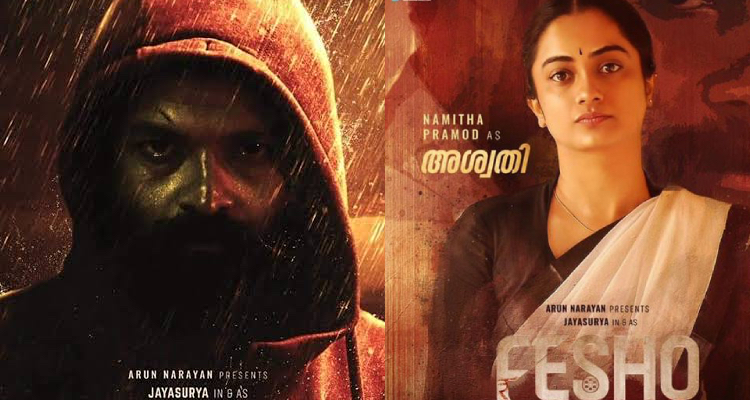 Shree Karthick, a debutante, wrote and directed the science fiction melodrama movie Oke Oka Jeevitham, which was made by Dream Warrior Pictures in 2022. The movie is simultaneously shot in Tamil, under the title Kanam, and Telugu. Sharwanand, Amala Akkineni, and Ritu Varma are the stars of it. In the Telugu version, Vennela Kishore, Priyadarshi, and Nassar have supporting roles; in the Tamil version, Sathish and Ramesh Thilak take their place. Production on the movie started in August 2019, with the majority of the scenes being shot in Chennai and Hyderabad. The COVID-19 pandemic caused an 8-month delay in production, which was finally over in November 2020. The movie opened in theatres on September 9, 2022. 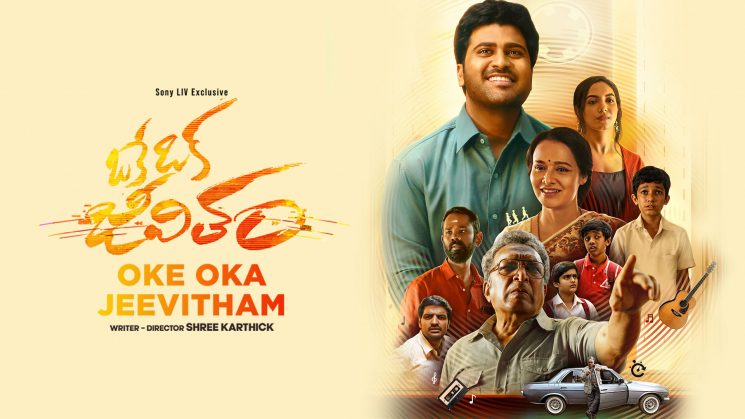 Sarath Mandava is the author and director of the 2022 Indian Telugu mystery action-drama film Ramarao on Duty. Produced by SLV Cinemas and RT Team Works, it stars Venu Thottempudi, Divyansha Kaushik, Rajisha Vijayan, and Ravi Teja in supporting roles. The story revolves around Ramarao, an upright civil officer on a quest to fight corruption and aid the poor. The movie’s production got underway in July 2021 in Hyderabad, and it was also filmed in Spain and Andhra Pradesh. On July 29, 2022, Ramarao on Duty received mixed to unfavorable reviews from critics upon its theatrical premiere. 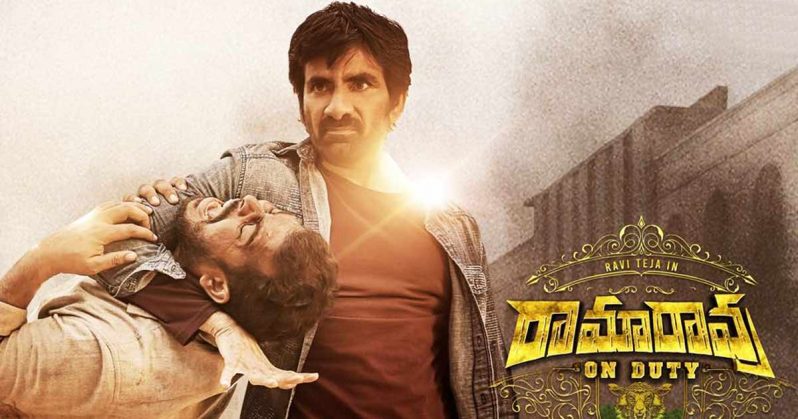 Anil Ravipudi wrote and directed the comedy film F3: Fun and Frustration in the year 2022. The standalone sequel to F2 (2019) and the second installment of the Fun and Frustration series are made by Dil Raju and Sirish. Venkatesh, Varun Tej, Tamannaah, and Mehreen Pirzada are its main actors. The film’s score was created by Devi Sri Prasad. The movie’s main photography started in December 2020 and was completed in January 2022. On May 27, 2022, the movie was released on a global scale. It was a critical and financial triumph, grossing more than 1.34 billion (US$17 million) globally. 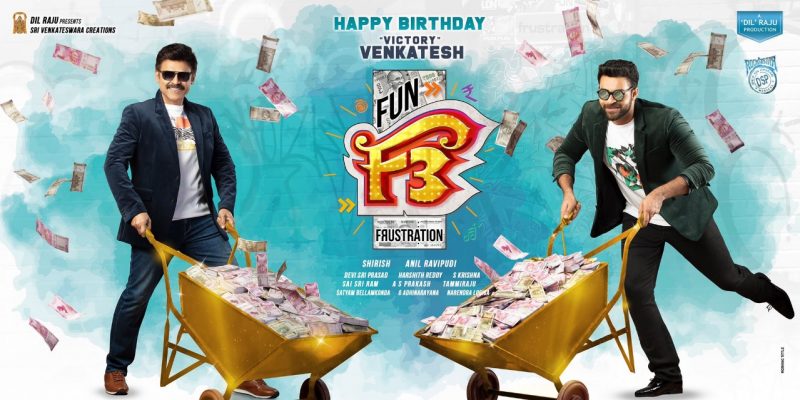 Puzhu is a 2022 Indian psychological drama film in the Malayalam language, written by Harshad and Suhas-Sharfu, and directed by Ratheena, who is making her feature film debut. Mammootty plays the lead in the movie. Theni Eswar is in charge of the film’s cinematography, and Jakes Bejoy is in charge of the songwriting and the film score. Mammootty had a shadowy, unfavorable character in the movie. At Ernakulam, Kerala, principal photography commenced on August 17, 2021. In the first half of 2022, the movie was slated for theatre release. Later, it was revealed that the movie will instead have a direct-to-streaming distribution on SonyLIV instead of a theatrical release. On May 12, 2022, it had its Malayalam, Hindi, Kannada, Tamil, and Telugu television debut on SonyLIV. A police officer played by Dulquer Salmaan, Salute is a 2022 Indian Malayalam-language crime thriller film directed by Rosshan Andrews and written by Bobby Sanjay. The movie was directed by Aslam K. Purayil, edited by A. Sreekar Prasad, and had Santhosh Narayanan on board to provide the initial background score before Jakes Bejoy took over. It was produced by Dulquer Salmaan under his banner Wayfarer Films. The movie was originally slated for a Sankranti premiere in January 2022, but the surge in Omicron cases in India eventually forced a permanent postponement. It was later revealed that the movie would bypass the theatres and opt for a direct-to-streaming distribution on SonyLIV. 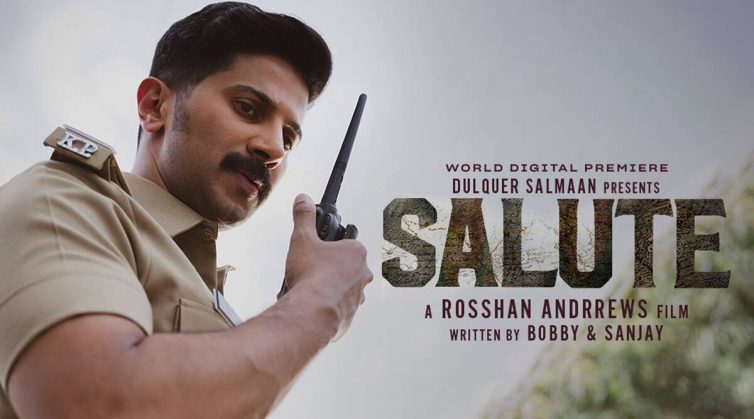 Indian sports drama Clap was helmed by Prithivi Adithya, a newcomer. Tamil and Telugu are used to film it simultaneously. Aadhi Pinisetty and Aakanksha Singh are the movie’s leads, and Nassar, Prakash Raj, Krisha Kurup, Brahmaji, Mime Gopi, and Munishkanth are among the supporting actors. Ilaiyaraaja wrote the soundtrack and background music for the movie. Praveen Kumar handled the photography, and Ragul handled the editing. On March 11, 2022, the movie was made available on SonyLIV, an OTT service. Tirumala Kishore is the author and director of the 2022 Telugu-language romantic comedy-drama film Aadavallu Meeku Johaarlu. Sharwanand, Rashmika Mandanna, Khushbu Sundar, Raadhika Sarathkumar, and Urvashi feature in the SLV Cinemas-produced movie. Venkatesh and Nithya Menen were cast as the leads in the film that Tirumala had originally planned for 2016, but it never happened. In October 2020, Sharwanand and Mandanna resurrected the project in their place. The movie was mostly filmed in Hyderabad and Rajahmundry, with principal photography starting in July 2021 and ending in February 2022. Devi Sri Prasad wrote the soundtrack and the film’s score. The cinematography and editing were done by Sujith Sarang and A. Sreekar Prasad, respectively. 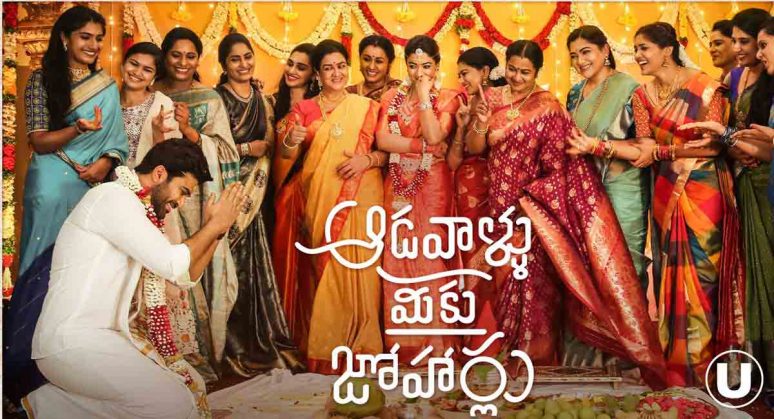