1. Raju – Raju means King or King of Hearts. The mack-daddy of all mack-daddies. History: Raju was a guy whom girls reject him as boyfriend or lover but one day girls become jealous of his wife who was the prettiest of them all.

2. Ramesh – A person or in some exceptional cases an animal that drinks copious amounts of alcohol despite their body not having the physical capacity to take it.

3. Suresh – Definitely one hell of a guy! Intelligent, handsome, witty, kindhearted, mentor, friend, family person, adventurer, logical, out of this world thoughts. What more can you ask for.

4. Sumanth – someone who talks to pictures on a computer screen

Example – yeah, he is such a sumanth

5. Kiran – The god of swag. Smart and analytical on the inside. Also very energetic, handsome, and comedic on the outside. Athletic and kind, yet also has the potential to be manipulative.

6. Sandeep – The ultimate definition of a man. He is cool, amazing, fantastic, honest and kind-hearted. He may come across with very camp tendencies, and above all, he is a complete ladies’ guy.

7. Srinivas – the epitome of cool.

Example – Dude, that was one srinivas-ing srinivas that was so srinivas he out-srinivas-ed the most srinivas of srinivas’s!

8. Karthik – An epitome of perfection.

9. Arun – He loves being around girls and girls love being around him, he is the biggest flirt ever, he has ripped abs and big biceps. He is someone who cannot understand anything simple also.

10. Ravi – Ravi is basically Sun, but it also means

· Sharp as without sun you will be lazy

· Charming as sunlight brings colors to your life

On the whole without Ravi your life is very gloomy and shady!!
11. Siddharth – he is a caring yet a sadist guy. 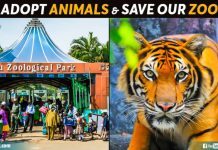