Home Entertainment 12 Best Hollywood Movie Fights Of All Time For Your Great Pleasure..!! 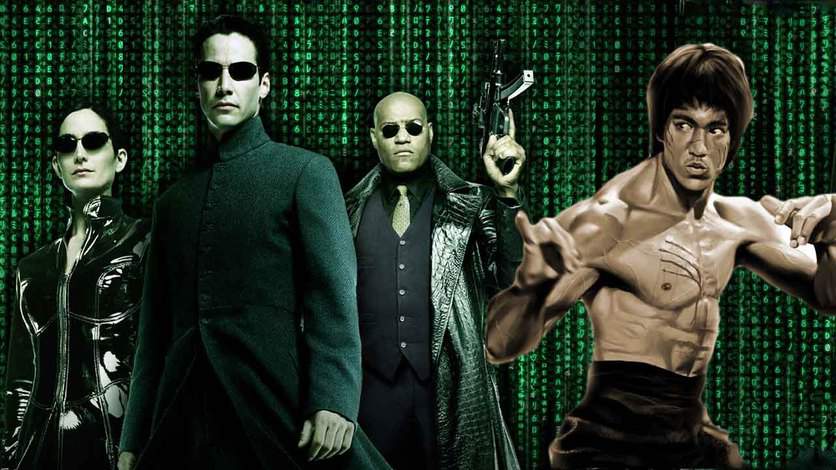 Between Captain America : Civil War and Batman Vs Superman : Dawn Of Justice, We have had some incredible fight sequences to drool over this first half of the year. Who can get over the spectacularly choreographed Wonder Woman lasso fight or the Giant Ant Man at the airport. Hollywood has always had this panache for creating mind bending ( and more greatly gravity defying ) escapist sequences. Therefore here’s our list of Sequences which have captured our imagination and fists to be specific : How exactly does one destroy a machine made of liquid metal that can perpetually regenerate itself? That’s the problem the Connor family and their cybernetic bodyguard wrestled with throughout Terminator 2, with the ongoing battle between the reprogrammed T-800 and the remorseless T-1000 finally culminating in an iron works factory. The Raid: Redemption is essentially one nonstop action sequence. But even amid all that carnage, the final showdown stands out as being particularly bloody and memorable. This scene pairs the hero, Rama, with his long-lost brother in a two-on-one, unarmed battle with a henchman known only as Mad Dog. And he more than lives up to his name, as even together the two brothers are hard-pressed to bring him down. Like The Raid: Redemption, Iron Monkey’s climax features a showdown between two former enemies turned allies and one master villain. But this fight takes advantage of the fantastical martial arts skills of the three characters as they battle atop a series of bamboo poles while fire rages around them. The poles alternate between serving as precarious stepping stones and blunt weapons. It’s true: With a good sword, it’s possible for one woman to stand alone against 88 of the craziest, most bloodthirsty thugs a Yakuza crime lord has to offer. The Bride (Uma Thurman) showed us that in the climax of the first Kill Bill movie; she cleaved limbs and slashed throats with deadly ease, before being confronted with a more challenging opponent in the form of Gogo Yubari and her meteor hammer (which looks and sounds like the kind of weapon a Final Fantasy character would use). 300 defined Zack Snyder’s approach to comic-book action sequences, cramming every battle with ample amounts of slow-motion blood spray and frequent overcrank/undercrank action. (Apparently people in ancient Sparta never did anything at normal speed.) This early showdown between Leonidas’ 300 warriors and the minions of Xerxes showed just how skilled the Spartans were in the art of war. Like the hallway fight from Oldboy, the stairwell battle in The Protector stands as one of the great seamless fight sequences in Asian cinema. But stylistically, the two fight scenes couldn’t be more different. In this scene, Tony Jaa fights his way up a long, winding flight of stairs as he battles dozens of henchmen. The camera never breaks from the action, almost as if viewers are watching a video game brought to life. If 300 inspired a wave of slow motion-obsessed imitators, The Bourne series did the same for the chaotic, handheld camera-style approach to action sequences. And no fight in the Bourne series stands out more than the clash in Tangier between Jason Bourne (Matt Damon) and the assassin Desh Bouksani (Joey Ansah). Bourne kicks things off by jumping off a building and through a window, with the two highly skilled killers then engaging in close-quarters fisticuffs using various household objects as weapons. As far as super-powers go, having the proportionate strength of a spider is nothing to sneeze at. And no scene in the four Spider-Man movies has done a better job of showcasing the extent of Spidey’s powers and pushing the hero to his limits than the train battle in Spider-Man 2. Here, Spidey clashes with Doctor Octopus in a graceful ballet of spider moves and whipping tentacles. Martial arts films are always action-packed, but when you’re making a martial arts film about the man who introduced a popular martial art to the world, the fight scenes better be good! The film stars Donnie Yen, one of Hong Kong’s top action stars and a student of Wing Chun himself, as Yip Man. The film also stars Louis Fan, with whom Yen has a particularly awesome fight scene. Parents need to know that although The Matrix is an exciting, sometimes confusing, sci-fi adventure with a brooding Keanu Reeves and a mysterious Laurence Fishburne at it center. It’s heavy on special effects and rated R for violence (some pretty gross, including an icky bug that enters the hero’s body through his belly button) and language (“s–t,” “goddamn,” “crap,” etc.). Most teens 14 and up who are begging to see it should be able to handle it without a problem, though the plot can be confusing as it unfolds. Rocky is a boxing saga of popular films all starring Sylvester Stallone, who plays the eponymous character Rocky Balboa. Rocky Balboa (Sylvester Stallone) is a small-time boxer who seems to be going nowhere in life, as he works day-in and day-out as a collector for a loan shark and fights in sleazy clubs for low-paid reward, to which Rocky is mocked and told that he’s nothing but a ‘bum,’ especially by gym trainer Mickey Goldmill (Burgess Meredith). Enter the Dragon is a 1973 Hong Kong martial arts film directed by Robert Clouse, starring Bruce Lee, John Saxon and Jim Kelly. The film was produced by Fred Weitraub and Paul Heller, at the companies Warner Brothers Inc., Concord Productions, and Sequoia Pictures. This was Bruce Lee’s final film appearance (footage was shot and used in what became Game of Death) before his death on 20 July 1973 at age 32.