Tamil movies are known for their very diverse storylines which are sometimes very gripping, sometimes shocking and other times thrilling. However, many a times, this expectation that the audience have from their film makers have compelled many of them to look westwards and get some inspiration from Hollywood.

Though there is nothing wrong with a little bit of inspiration, there are a few movies which are outright copies of Hollywood blockbusters. Take a look at some of these. 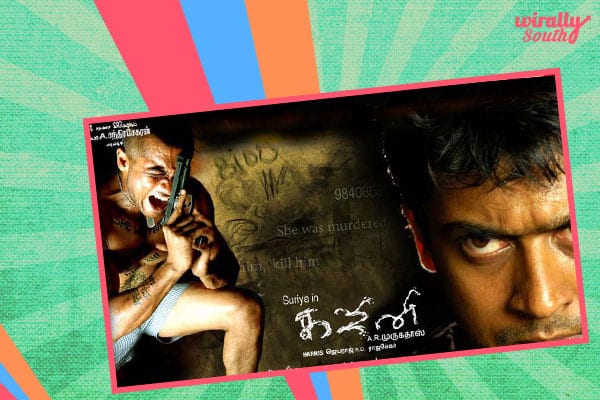 Ghajini starring Suriya, Asin and Nayantara which portrayed the plight of a man suffering from short term memory loss who is out to seek revenge for the murder of his beloved, proved to be a cult movie and was widely acclaimed. It was also remade into other major Indian languages owing to its novel story idea. However, the movie was highly inspired from Christopher Nolan’s Memento which had Guy Pearce, Carrie – Anne Moss and Joe Pantoliano in the lead role. 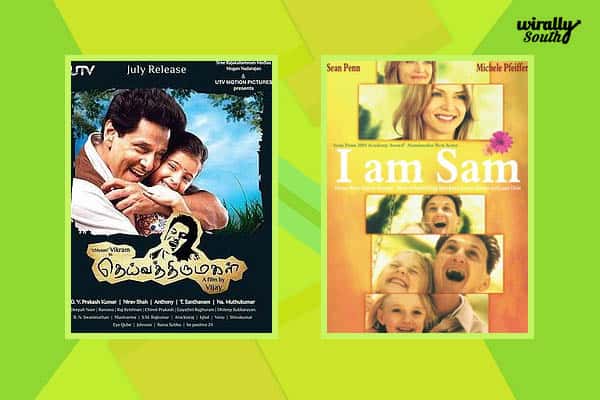 Another feather in the cap for Chiyaan Vikram, this movie showcases the struggle of a mentally challenged man to gain custody of his daughter who is taken away by her maternal family. The story of this movie is quite similar to Sean Penn starrer I am Sam, which also had Michelle Pfeiffer, Dakota Fanning and Diane Weist in the lead roles. 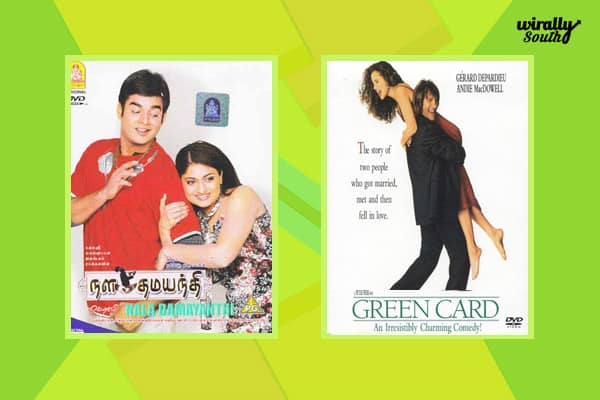 A romantic comedy, Nala Damayanthi starring R Madhavan and Geetu Mohandas in the lead is the story of a Palakkad Brahmin man who gets married to a Srilankan Tamil girl in order to get a green card. What ensues is a tale of confusion which ends in the lead pair falling in love with each other. The plot of this movie is copied from the Hollywood movie Green Card which released in 1990 and had Gerard Depardieu and Andie Mcdowell in the lead roles. 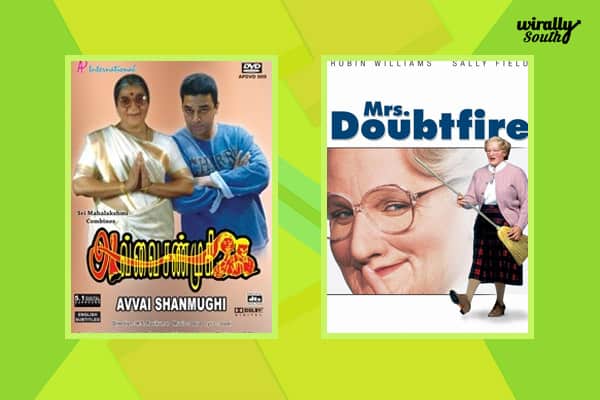 This Kamal Haasan starrer with Meena, Gemini Ganesan, Nagesh, Delhi Ganesh, Nassar and Heera Rajgopal in integral roles is the story of a father who is compelled to wear a woman’s makeup such that he can get the job of his daughter’s nanny who lives with his estranged wife. This was highly inspired from the Robin Williams and Sally Fields starrer Mrs. Doubtfire. Of course, a few changes were definitely made to the characters to make the movie more appealing to the Tamil audience. 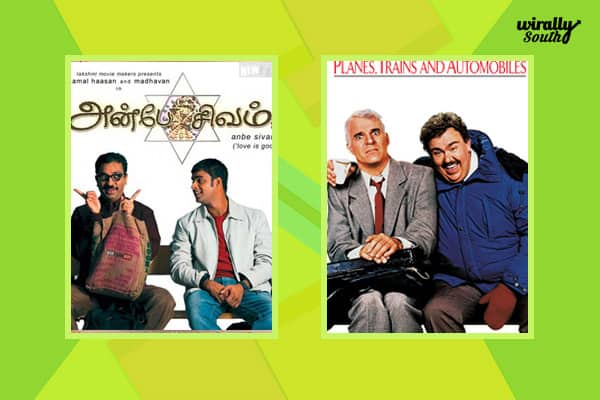 Starring Kamal Haasan and R Madhavan, this movie portrays the fireworks that occur when two very different people come together on a long journey. A comedy with a hidden message, this movie had appealed to the audience for its novel thoughts and its punch lines. But, if truth be told, the film is inspired from Steve Martin, John Candy starrer Planes, Trains and Automobiles which has a very similar storyline.

There have been times since when Kollywood has been inspired from Hollywood and vice versa. However, as long as the audience is entertained, no one is complaining.