Written by John Castellas whose family belonged to Vizag for 5 generations. Educated at St Aloysius, migrated to Melbourne, Australia in 1966, former General Manager Engineering at Boeing & Qantas Airways, in retirement Lecturers in Aviation Management at Swinburne University and is a Vizag aficionado. 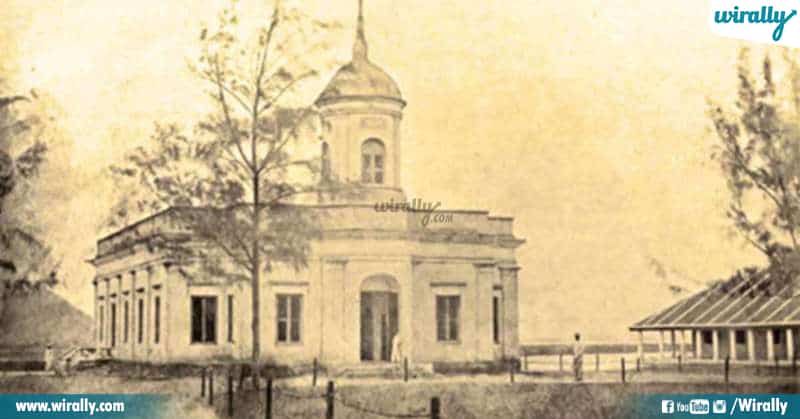 In 1923, the growing band of Canadian Baptist Missionaries started the Vizagapatam European & Anglo-Indian Protestant School in a building near Select Talkies close to the old Vizag Railway Station. The school moved to the rented building in St John’s Church compound in 1931. After India’s Independence, the school became the Anglo-Indian Protestant Middle School following a Government directive.

The initial teaching staff at the school were Canadian Baptist Missionaries and Miss Laura Bain was the Foundation Headmistress from 1923 and into the 1930s. She was also the deaconess of the Vizag Union Chapel. Mercy Jayaraja Rao taught in the original Anglo-Indian Protestant Middle School. As its Principal in the 1960s, she led the transformation to a high school and relocation of the campus to Waltair in 1964. It was at this time that the school was renamed The Timpany School to honour the first Canadian Baptist Missionary to the region – Rev Americus Vespucius Timpany. 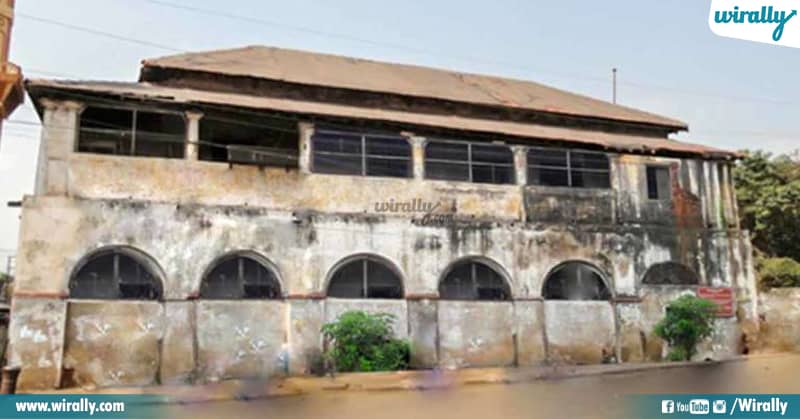 In 1913, the Government Non-European Girls Secondary School was started in the former Government Registry Office building opposite the St John’s Church Compound and was later moved to the old Collectors’ Office. Sanction was accorded by Her Majesty the Queen to the designation of the new Government High School at Vizagapatam as Queen Mary High School for Indian Girls.

An interesting fact is that the British started the school exclusively for young widows because the practice of Sati had been abolished and young widows needed skills and education to take care of themselves. In fact, they were paid a monthly stipend of Rs.15.00 to encourage enrolment. In a bid to increase women in the teaching staff, a Widows Hostel, for young childless widows, was started on the campus and they were provided general and professional training. The experiment was deemed to be successful as the appointment of female teachers in later years led to a measurable increase in young girls enrolled in school. 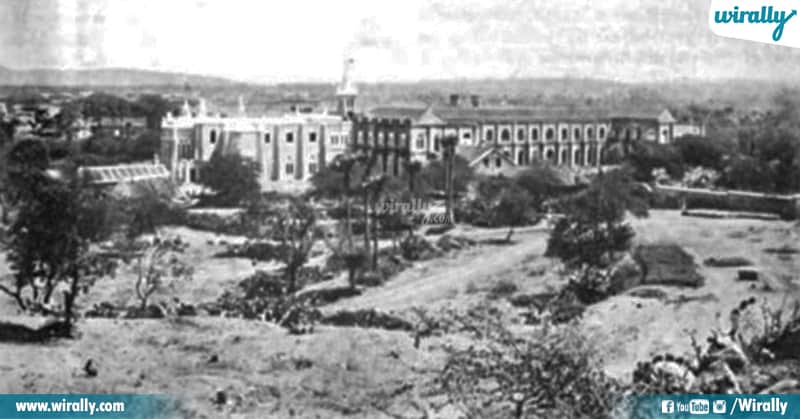 Mrs. Godey Surya Prakasa Rao was elected the first Patroness and the adult section came to be called the ‘Maharani Gajapathi Rao Ladies Institution’. The Fort Convent was first supported by Mrs. Surya Prakasa Rao and followed by Mrs Ratnamma, wife of GL Narsinga Rao Garu Zamindar of Anakapalli Taluq. The Catholic Church purchased the school building in 1884 when Bishop Tissot had bought the bungalow of Mrs. Sarah Shreeve. The Sisters used the building for the school and also a convent, and the public began to call it the Fort Catholic Convent 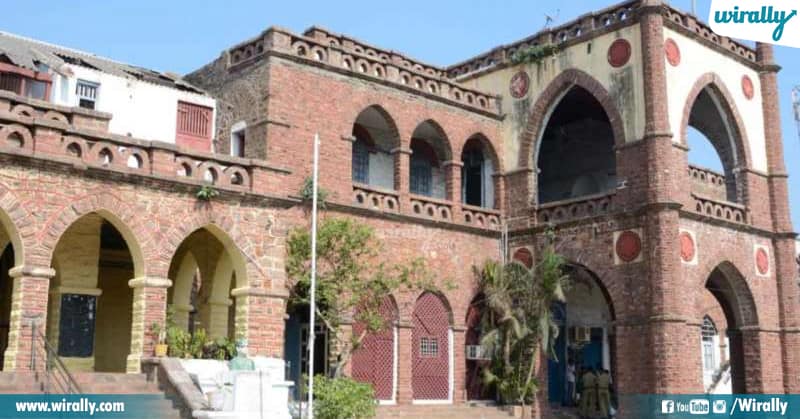 The Mrs A. V. Narasinga Rao College originated in a school called the ‘Anglo- Vernacular school ‘ which was founded in 1860 by Mr. Grant, Inspector of Schools, Mr. E. Fane, Collector of the district from 1859 to 1862, M.R.Ry G. N. Gajapati Rao and M.R.Ry. C. Venkataswami Nayudu. The leading zamindars of the district, especially Vizianagaram and Bobbili, and Maharaja Sir Gajapati Rao contributed liberally towards the school for many years. In 1878, it was raised to the status of a second-grade college and affiliated to the Madras University. Its name was then changed to ‘the Hindu College’.

In 1892, the late M.R.Ry. A. V. Narasinga Rao of Vizagapatam, who had married into the Godey family, bequeathed a lakh of rupees (besides a building fund of Rs. 15,000 for a college to be called after his wife). The managing committee of this bequest took over the Hindu College on 1 April 1899 as a basis for the construction of such an institution. In 1900, an imposing new building of stone was constructed to house the college. 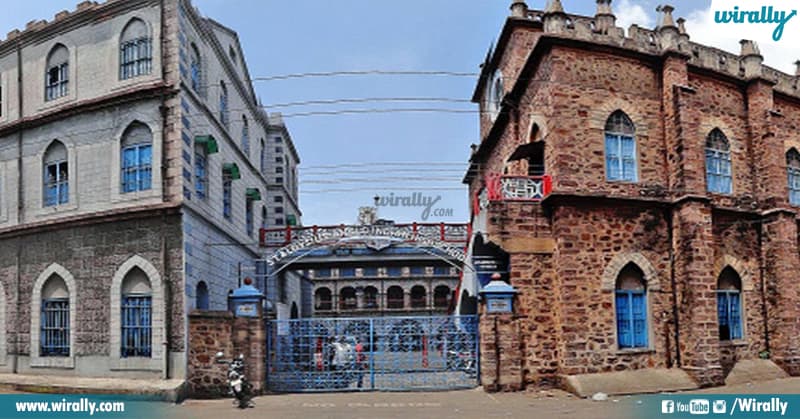 Next on the list on our trip down memory lane of the historic schools in Vizag is St Aloysius. The Missionaries of St. Francis de Sales arrived in Vizagapatam in 1846. After initial refusal, the Governing Council agreed in 1847 to Fr. Decompoix being appointed as the chaplain of Catholic soldiers, with the monthly allowance of Rs 50. The Fathers took their residence in the area where St. Aloysius School is at present. The missionary Rev. Fr. Tissot displayed energetic zeal and attempted to build two schools in the area, one for boys and one for girls. In 1847, Rev. Fr. Tissot had acquired a small house near the Beach and started building the institution. This was the first Catholic School in Vizag.

In 1864, the school was named ‘Saint Louis de Gonzagau’ or St Aloysius, as it is commonly known. Fr. Decompoix was its first Principal. The missionaries of St Francis de Sales used the ground floor as a chapel and dedicated it to the Sacred Heart of Jesus in 1872. This school building was destroyed in the cyclone of 1923 and the Government had to rebuild the school as part of the relief programme for the town. 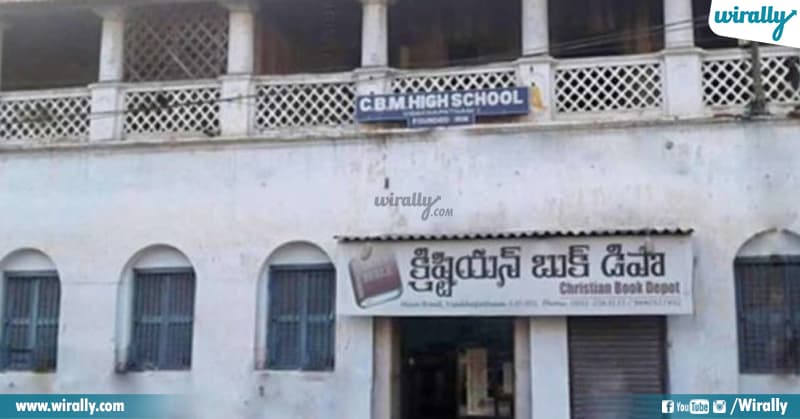 In 1900, it was estimated that only three in one hundred (3/100) could read and write and four girls in one thousand (4/1000) could do the same in Vizag. With 900 students in 1911, the CBM High School in Vizag claimed to be one of the oldest and largest Anglo-Vernacular (English and Telugu) schools in Madras Presidency. The school sustained severe damage in the 1923 cyclone and was closed for a year to permit rebuilding with donations raised in England. Mr. Daniel Lazarus BA (father of Dr Miss Hilda Lazarus) was the Principal of LMS High School for over 40 years and the school got much of its influence and reputation from his leadership.