While it is only stars and directors that we usually write and talk about, the cinema industry consists of lakhs of other technicians who work away at their craft, fully knowing that they may never see the heights of success that stars witness during their lives.

And like many say, it’s not the only talent that’s needed, but a generous dose of good luck to survive in the industry.

And yet, there are a few whom life gave a magic carpet – fame, success, wealth – and yet, it cruelly pulled the rug from under their feet without giving any notice. This is a list of stars who died unfortunate deaths. While it is unmistakably sad, cinema is the only field that lets you live forever. For as long as your film is playing on TV, you are alive.

Across the world, there are a few stars who have done very few films and yet have been immortalized. Bruce Lee, for example, starred in only five films as the lead, and yet, went on to become the face of Hong Kong action genre.

Divya Bharati, had a similar course. She began her career in 1990 with Bobbili Raja. In the next three years, she took the nation by storm – acting in 21 films across Telugu, Tamil, and Hindi cinema.

Just as she was set to replace Sridevi as the next big heroine in Indian cinema, life played a cruel trick. She died falling from a 5-floor building in Versova, Mumbai. For people who would want to see the light-hearted cute girl she was, check this out.

Ruling the last batch of actresses in Telugu Cinema who could actually speak the language, Soundarya was the top of her lot for over a decade. She was the best thing to happen on screen after the great Savitri.

As a heroines ages, the number of movies also decrease. It was around that time when she took up to do a campaign for BJP and fate played an ugly role by crashing the plane she was travelling. One wonders – amidst beauties like Ramyakrishna and Jayasudha who are doing movies even now, if Soundarya was there, how much more beautiful would it be??

Best known as a ‘Self-made man’, very few men have witnessed the kind of struggles he had to go through before becoming a star. Starting his career as a fighter and slowly a villain, he went on to lead and supporting character roles. This was a new Srihari and it was always fun listening to him speak in that Nizam accent. His untimely death created an empty space all of sudden in Telugu Industry, making it tough for anyone to fill it back.

There was a dearth of young and good-looking heroes towards the end of last millennium. Pawan Kalyan and Mahesh were there, but they already carried some star status. It was around that time when Tarun and Uday Kiran shot to fame simultaneously. The whole state received Uday’s first three youthful stories making him a star overnight and also scoring a hat-trick. Fame grew gradually, and unfortunately, in no time, he seemed to lose his fame. He still stayed strong and started to carve a new phase with the best he could do. Not for long he could sustain this trauma, he succumbed to himself and rather chose to invite death. His death was a true shocker!!

Most of us hardly even believe till date if this incident really happened or was it some dream. The top actress of her league, unfortunately, passed away due to the after-effects of liposuction. One of the first heroines when the invasion of north Indian heroines started in Telugu cinema, Aarti Agarwal immortalized the role of the bubbly girl in Nuvvu Naaku Nachav.

We remember him as Subbu’s responsible brother in Pawan Kalyan’s Thammudu, apart from the famous face he was with our moms on television soaps. He died of sudden heart stroke at the relatively early age of 41.

‘Ullasanga Utsahanga’ – this name itself sounds so pleasant and we got to see Sagar in this breezy Karunakaran’s film. The script helped Sagar get noticed though he seemed an amateur at parts. He died in an accident while returning to Hyderabad from Bangalore, because he missed his flight. Just missed!

For all the entertainment they provided us and made us love them, we pray all these wonderful souls will always be resting in peace.

Having a career spanning over 40 years, Ranganath was a versatile and efficient actor, director. Writing ‘Destiny’ on the wall and leaving his breathe was a sudden shock to the film fraternity and everyone alike. We remember him as one of the sweet grandfather to heroines and heroes in a huge family. But, unluckily he felt he was all lonely which might have been a reason for him to take this drastic step.

Sridevi died on 24 February 2018 in Dubai after cardiac arrest It’s Really a Big Loss For Film Industry.May Her Soul Rest In Peace.

May all their souls Rest In Peace! 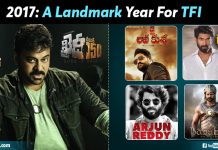 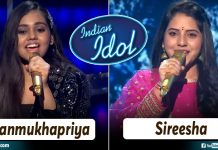 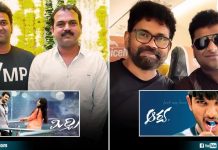