Lord Shiva is one of the important deities worshipped and followed by many of us. We refer to him by various names; Bholenath, Mahadev, Neelkanth. We believe him to the creator of the world and is present everywhere.

Here are some lessons that we learn from Lord Shiva.

1. No matter what, evil is not meant to be tolerated.
Lord Shiva did not ever tolerate injustice and unfaithfulness. For him, these things meant being wrong to oneself and to the divinity. We should work towards zero-tolerance of evil around us and take a firm stand against injustice.

2. Anger is not the solution to anything.
Lord Shiva is associated with yoga and meditation for hours together and that is why there is calmness reflects the peace in the world. If we tend to go to extremities, Lord Shiva’s rage is immeasurable.

3. We never get ultimate happiness from materialism.
Life is not about having material things. The Lord who rules the entire universe has just his Damaru, Snake and a Trishul with him. Ones asset is only the happiness he lives in and the respect he gets. Happiness sought from material things is momentary and doesn’t last forever.

4. Self control is the key to happy living.
Nothing can be won with the help of an unstable mind. Keeping things under control helps us look at things the way they have to be seen.

5. Conquer negativity faithfully.
One very important lesson to be taken from this day, is to take negativity in our stride, and turn it into positivity; just as Lord Shiva was the only one to be able to suppress the poison from the ocean

6. Desire make way to obsession and hence to destruction.
Lord Shiva was never obsessed with anything and hence lived a peaceful life. Let us get together and learn that having desired can only lead to ultimate destruction.

7. Respect the other half of your life.
Lord Shiva is known as the ‘Ardhanarishwari’. He treated Parvati, his other half, with utmost respect and care. She was his strenght and he gave her the importance she deserved.

8. Withhold your ego and take charge of your pride.
These two things prevent you from achieving great heights and also to ensure the success stays back. It is said that Shiva carried his trishul to keep his ego in check. He never let his ego get the better of himself. On the other hand, nor did he tolerate anyone else’s ego.

9. Nothing is permanent.
Maha Yogis know that life is ephemeral and what happens today is not going to exist forever. Time changes and so do we. 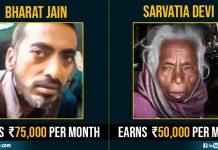 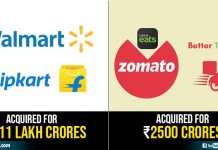 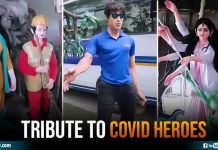