Coming into the movies with a filmy background has its merits and de-merits. You have loads of expectations set on you before you even think of starting off. The third generation of the Akkineni family made it to screen this Friday, officially joining the star race.

Akhil is a story about Akhil (Akhil) who falls in love with Divya (Sayeesha) and goes chasing behind her till Spain, where she gets tangled between two groups, protectors – African tribe – and muggers – Russian gang. They are fighting for Jua, a metal object that protects the world. Why Divya gets stuck there and what Akhil does to free her? What’s Jua all about? – I would have loved to tell all these but, it doesn’t seem all that interesting even as I type it out. So, find out yourself if it seems interesting to you.

The movie started on a high note with Akhil’s introduction but started to only be a bomber as the movie progressed. Protecting the world is one concept which is adopted mostly by international movies. Good. While it is a great thought to adopt such storylines in Telugu,  Akhil proves that even the best of directors need utmost care in handling such subjects. Else it’s a Diwali BOMB!

GIST of AKHIL, The Power of Jua

* Akhil Akkineni shone on the screen with his screen presence, which was expected. But the elements of dance and the flexibility his body had in those actions sequences shows us that Akhil will be a promising star. His diction needs to improve a lot, along with expressions.

* Sayeesha was bubbly playing her heroine stuff. Big debut but sadly not a great movie to debut with.

* VV Vinayak has been doing more entertaining movies since Krishna, coming out of his action-faction tag and he did succeed with Adhurs and Alludu Seenu. But, Akhil was…. Meh!!

* Nithiin’s production values are top notch. But the VFX were a huge disappointment. In the current scene where Telugu cinema is attempting to match international standards of VFX, you shouldn’t compromise on such things. People are observant, and that makes a lot of difference.

* Acting Dept.: Sapthagiri was a surprise. Brahmi was his usual self, with laughs that salvaged the second half especially. Rest of the cast was just mediocre. 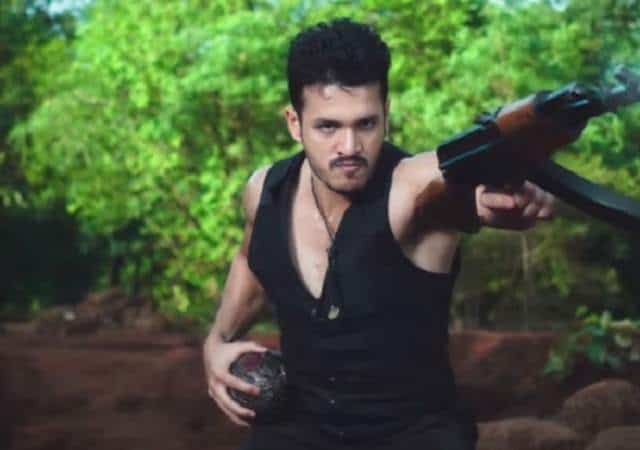 By now you would have understood what the movie has turned out to be. If you can’t wait to watch Akhil Akkineni, you can definitely go and watch. No one is stopping you! But, he is the only thing to watch that too for his screen presence. If you have some patience to wait for his next movie and watch him then, that’s not a bad idea at all. You could do that too! Infact I would suggest the latter!!