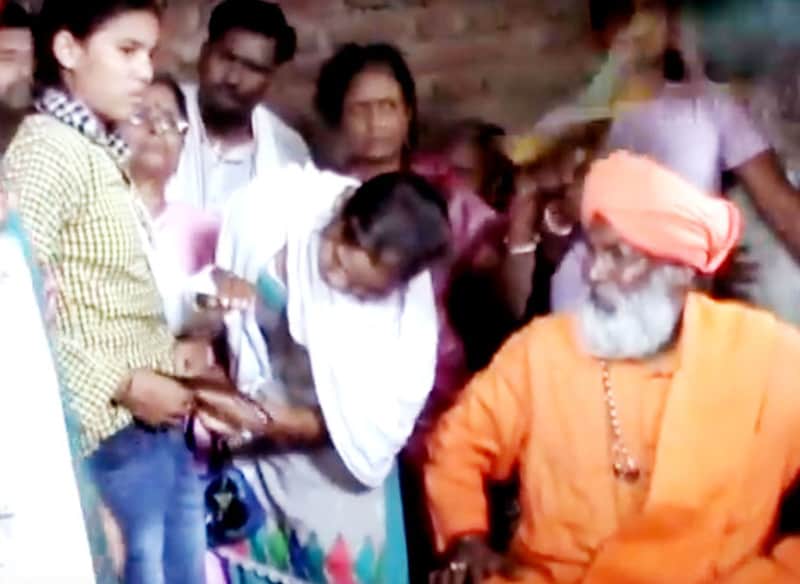 Once again BJP MP Sakshi Maharaj landed in a shocking controversy where a viral video on twitter shows a young girl being forced to unbutton her jeans right in front of the controversial lawmaker.

Sakshi was at BJP worker Maidan Singh’s house in Unnao after a police raid, where some of the family members including the girl were allegedly injured after they used force.  The girl was made to unbutton her jeans in public view and in front of cameras to “show the MP the injuries”. Eventually, Twitterati went beserk over the ‘inappropriate’ incident.

However, according to some reports, the main controversy on Sakshi Maharaj was that he threatened to shoot the police who entered Singh’s house.

Station House Officer Jitendra Kumar filed a complaint against Sakshi, after which he was booked under sections 153 (causing provocation to cause riot), 506 (for criminal intimidation) and 505 (1) (b) (intent to cause fear or alarm to the public).