As the Chinese app ban hit India, Tik-Tok was one of the apps that created the most buzz. The app was hated and loved by thousands of people alike in India with the same intensity. More than video creating and sharing platforms, it was becoming the trend. Tiktok Celebs/ TikTok influencers were the standard Bio. However, the market permeability of the app was deep. We saw content from rural areas to metropolitan cities and that too without any discrimniation. People were involved in this so much so that it became a source of income for many. The ban was a major issue to them. Here is looking at it as an opportunity to explore similar platforms. The list below has both homegrown and foriegn apps. Try them out, it could be fun!

The social media platform which is all the hype now is Instagram. The app successfully integrated all verticals like business, aesthetic, fun,quirky, educational, downright silly and mature content. The platform is not just for friends but a business platform where we can connect with a much wider audience. The advantage of instagram is that it already has a huge market. There are millions all around the world subscribing and generating content on instagram. Days after TikTok was banned, Instagram launched Instagram reels in their app itself. Now instagram reels is a platform where we can create short videos, add music or background, and use hashtags to trend the topic. For those who want to experiment this format or if you are an influencer or celebrity who already has garnered some recognition, transition to Instagram will be very smooth. The logarithm is perfect if you manipulate it the right way. The app is available for both IOS and Android users. The app has a rating of 4.4 in google play.

The app has around 100 million downloads and successfully created an engaging network which spins around lip sync recordings. With a large number of materials from TVs and music recordings to lip sync to, there is new material to look for clients which makes it a great option to TikTok app. To make wonderful recordings, the app permits clients to add stickers and text overlays to recordings. You will have the option to watch the recordings in Snapchat style, where the news channel is partitioned into two segments. This permits you to monitor your companion’s recordings and look at the most recent patterns that are occurring around you. The app likewise permits you to impart recordings to other web-based media networks other than making viral recordings. You can even spare your recordings to have your camera move through the app. The app’s makers had recently made two different apps which were not as effective. Their last app preceding Dubsmash was called Starlize, which expected to permit clients to make music recordings. Discovering that this app was excessively intricate for clients, the makers chose to proceed onward to shorter length recordings effortlessly of utilization, making Dubsmash. The app is in its second life as TikTok is eliminated from Indian market giving space.

Triller has more than 100 million monthly active users and more than 27 million daily users, according to the company. (TikTok has approximately 50 million daily users. Triller is an AI-powered music video app and allows users to create Lip Sync videos fast. Pick a tune, select the bit of the tune you need to utilize, snap a couple of takes and with that and you get your video. Triller depends entirely on organic development, with VIPs from Kevin Hart to Vanessa Hudgens consistently using the app to make their own music recordings. The smart app utilizes savvy sound and facial expressions to edit smart. It also offers inventive additions with more channels, stickers, zooming capacity. Like Instagram, you are in full control of your privacy and viewership list. 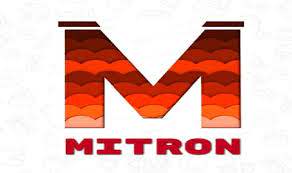 Seeing the rise of prominence in short video-production trend in India, an IIT Roorkee student, Shivank Agarwal has built up an Indian variant of TikTok called Mitron.The app has picked up the chatter since the time its delivery some time back and has hit more than 5 lakh downloads on the Google PlayStore. You can download the Mitron app from the PlayStore. It isn’t accessible on the Apple Store. Mitron gives a simple interface for users to make, alter and share their recordings, and simultaneously browse through a library of trending videos over the globe. The Mitron is a versatile app that can be utilized without any problem. The interface is like TikTok. On the off chance that a client needs to make their own short video, at that point they should sign in into the app with a username and password. Click on the video button, record your video, alter it, and hit share. When you have distributed the video, it will be on your profile for viewers to peruse.

Funimate is a free cell phone app where clients can make and alter music video cuts, lip-sync recordings and that’s just the beginning, You can also have fun collaborations with your friends. Users can likewise include fun filters, music, and emoticons to their videos before sharing to their social media platforms. TikTok video makers and influencers have always said that the app is helpful for some quality editing before sharing. There are about 100 video effects to browse and use. nonetheless, clients can likewise make their own video impacts and spare them for future use. Though the app is free, there are in-app purchases and redesigns. One of the app’s interesting highlights is the collaborations over any distance. Funimate users can start an account using their existing social media accounts, which makes it easier for people to identify you.

One of the chief highlights of Snapchat is that photos and messages are generally just accessible for a brief timeframe before they become out of reach to their beneficiaries. The application has advanced from direct sharing to directly including’ “Accounts” of 24 hours. “Find,” lets brands show advertisements that support short-video content. It additionally permits users to keep photographs in personal mode which lets them keep their photographs password protected. Snaps can be customized with different types of special effects, filters and stickers. Geofilters are accessible if the user is inside a specific topographical area, for example, a city or an occasion. Users can make their own geofilters for individual occasions at an expense of $10–15 USD every hour. They can likewise buy into a yearly arrangement which has to be paid for a perpetual filter. Geostickers was launched in 10 significant urban communities in 2016. Bitmoji are stickers including customized animation symbols. Snapchat expanded this component into “World Lenses,” which utilize increased reality innovation to incorporate 3D components into scenes; these components are put and moored in 3D space. Emoticons can be customisable, anyway there are default emoticons. A snap score, which expresses the measure of snaps you’ve sent and received is recorded. 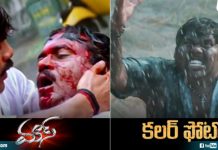 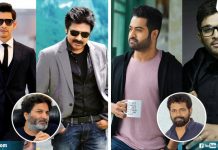 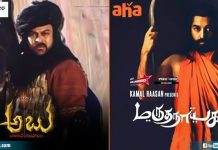 Arachakam Intensified: What If The Unseen Footage From These Movies Releases On OTT Platforms