There are not many detailed documents at our disposal about ancient history. Portraits, sketches and some parchments are all we are left with. With this comes a freedom for interpretative and fictional drama. We are shown eras according to the imagination of the creative director. Most of our concepts about these time periods are influenced by such movies. The emotional history however is best conveyed in movies and dramas more than documentaries or biographies. Here are some of the best movies around the world in ancient history to enchant cinephiles and for those who are dead with boredom. Let’s cast a charm into the ancient times in no particular order, shall we? 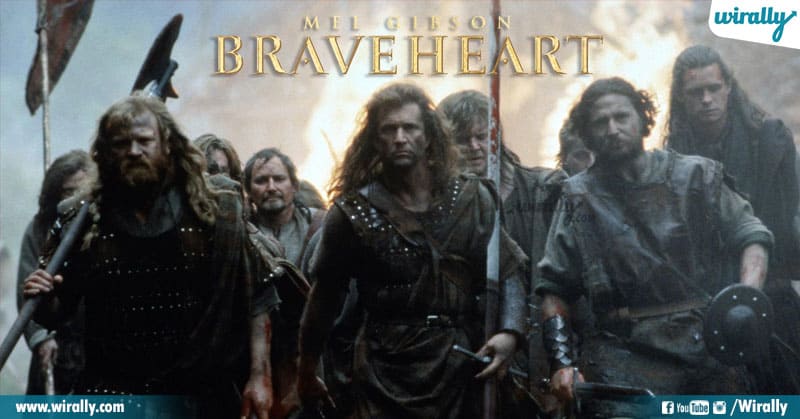 King Edward I rule was tyranny and bloody for Scotland.The brave Scots warrior whose parents were murdered by an English knight, the story follows this warrior, William Walace. Mel Gibson directed, co-produced and starred in this movie. This 1995 Academy award winner in 5 different categories including best picture is a must watch. Most of the story is true however we cannot deny the dramatical enhancements like Wallace’s love interest. The sound score by James Horner and performed by London Symphony orchestra is undeniably one of the most captivating ones ever. Although the movie faced backlash for the overall Mel Gibson Machismo, it is worth it, in terms of dramatism and sweeping shots. 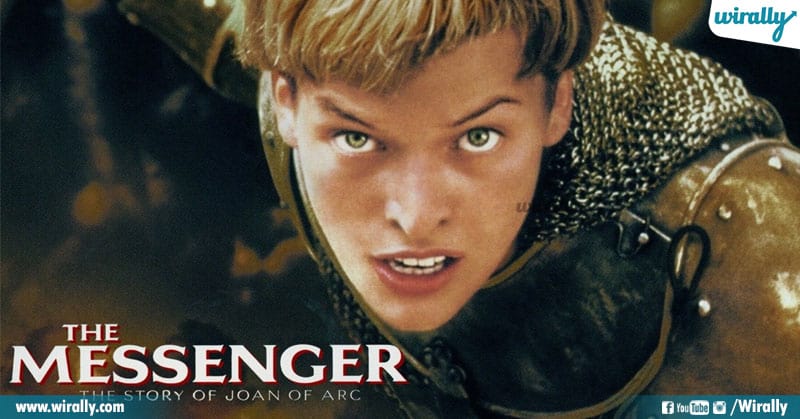 This 1999 French historical drama is based on the journey of French war heroine and martyr Joan of the Arc. Although the movie has various inaccurate incidents which were solely created to understand Joan and her human mind, it is worth a watch. The dialogues being taken from the original Joan’s manuscript mixed with modern slang like ‘i am going nuts’ is in complete contrast but the movie as such tells a very interesting and happening story with considerable depth of character. The movie is directed by Luc Besson and stars Milla Jovocih. 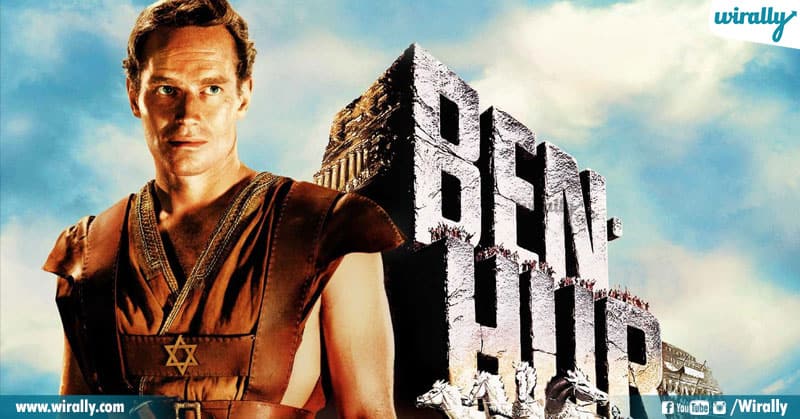 Ben-Hur is 1959 classic movie, an adaptation of the 1880 novel of the same name became the fastest and highest grossing movie of the year. The movie directed by William Wyler grabbed a record 11 academy awards and 3 golden globes. As the library of Congress described as “culturally, historically and aesthetically significant. The detailed costume designs and elaborate sets with precisely executed action, the movie hooks you to the story of wealthy Jewish Prince and merchant of AD 26, Judah Ben-Hur. The entire movie is shot and shown in a wide aspect ratio and the chariot race scene is a vision to behold. 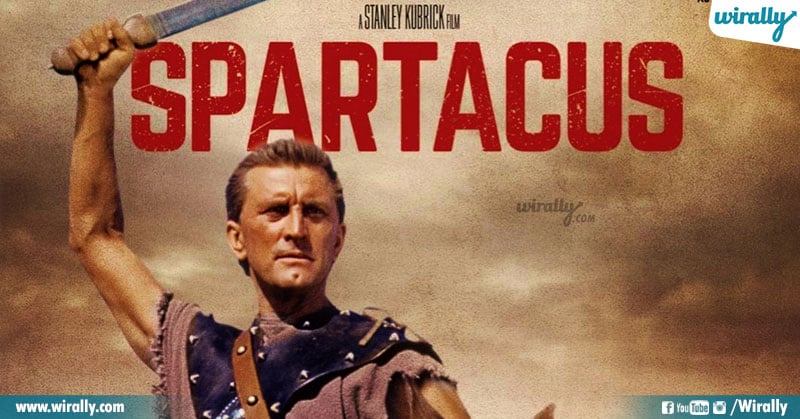 There is no need for further introduction for this movie apart from the movie name and the director’s name. Stanley Kubrick’s 1960 epic historical movie on the slave leader was the highest grossing film of the year. Although Kubrick did not have full artistic authority over the movie, the frames are essentially his signature style. The battle scenes and the acting have been lauded by many. The movie stars Kirk Douglas and Laurence Oliver, is a perfect balance of emotion and epic. 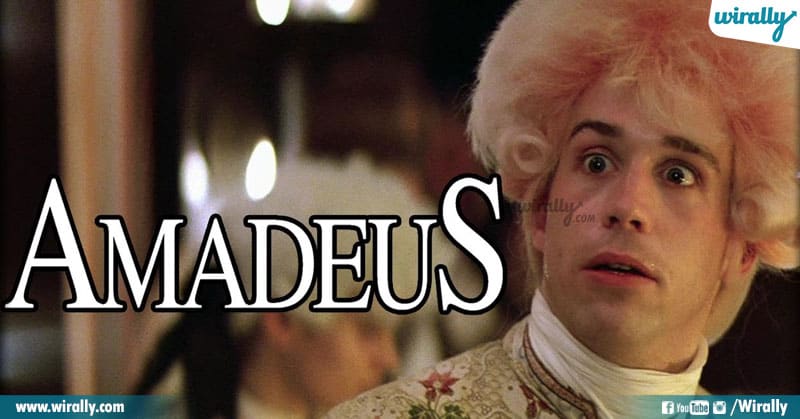 Mozart’s history is not what you call ancient but the movie by itself is lauded and never should be missed by anyone! This is a must watch. The movie is deemed to be the best of all time. Directed by Milos Forman, the movie shows the fictional rivalry between Mozart and Italian composer Antonio Salieri. With the background being original Mozart, it is an epic and lavish watch. Released in 1980, the movie is a depiction of how influences shape an artist so much that his sanity is sacrificed for the artist’s credit. 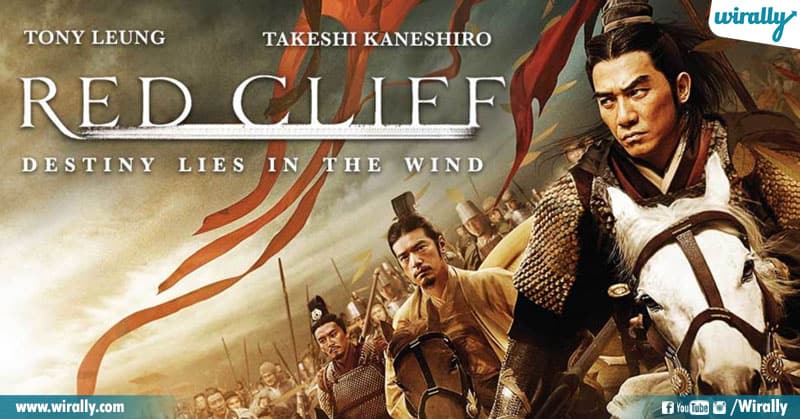 Red cliff in English and Chibi in Chinese is a two part epic drama war film set in China during the devastating war of Red cliffs. John Woo’s first chinese language directorial venture is a must watch. The director himself said that the historical accuracy is fifty percent because the additional ramifications in the narrative was made for people to know and feel war rather than a trusted historical text. The magnificent action sequences with the sliding view of the battle scenes shot stays true to movies being presented as a work of art. 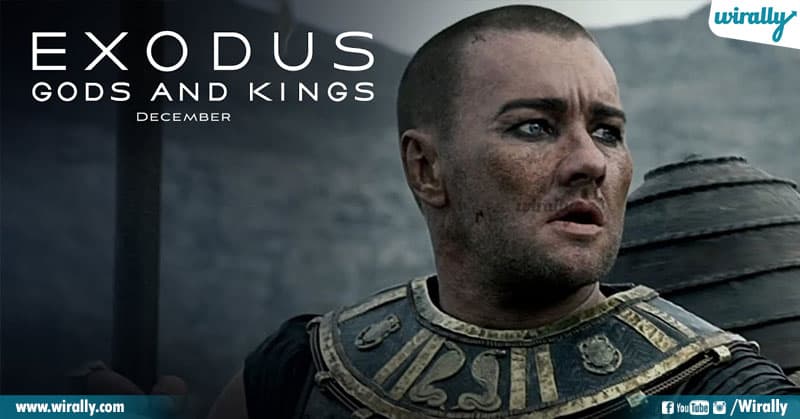 We see our former Batman lead the Hebrews from Egypt as Moses in relation to exodus in this movie. The movie was praised for their technical achievement but is banned in some countries due to inaccuracy and blasphemous casting. The movie has negative reviews but still remains a popular choice. However, there are technical achievements that kept the audience enthralled and is worth revisiting for the visual nuances as it is. 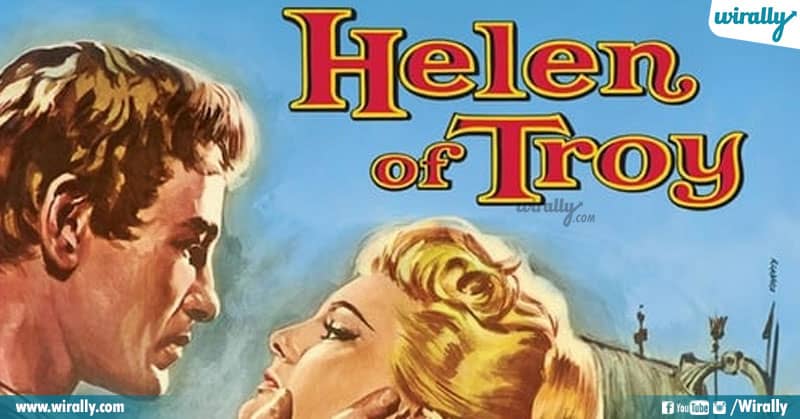 The story of Trojan War and Homer’s epic has seen various adaptations in movies, series and other versions. This early adaptation in the form of the 1956 movie is epic in its nature. The set design, battle scenes and other visual magnificence are keenly brilliant for the time. The movie is directed by Robert Wise. 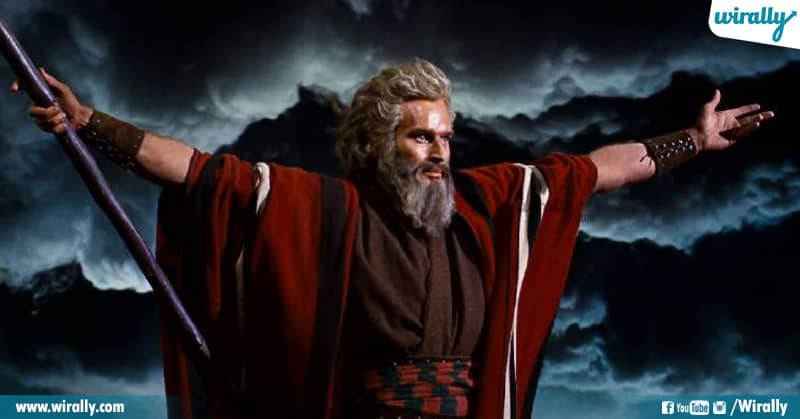 Talking about Exodus, one cannot ignore the 1956 film-The Ten commandments. Again a Charles Heston starrer, takes to Mount Sinai where he receives the 10 commandments. This is the most successful work of Cecil B Demille. This movie is Three hour Thirty-Nine minute long, so make sure you have snacks with you. The set design and background set is extremely lavish and the technicolor film gives it a more authentic feeling. Revisit this movie for a powerful drama. 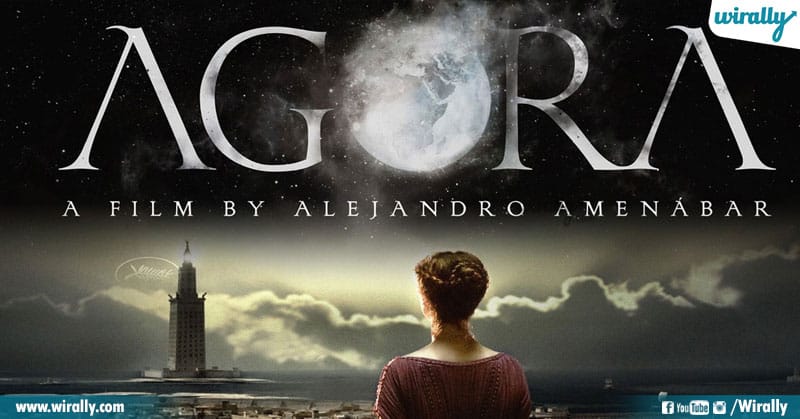 The movie shows what it is like to be a woman of science and math in the last 4th century Rome. Hypatia, played by the talented Rachel Weisz, fights against the religious war cries to sabotage her theory that the sun is the center of the universe. Although the movie is not completely accurate in its portrayal, it still strikes a chord as a woman sacrifices her life standing by the truth of her science. This spanish gem surely requires a revisit. 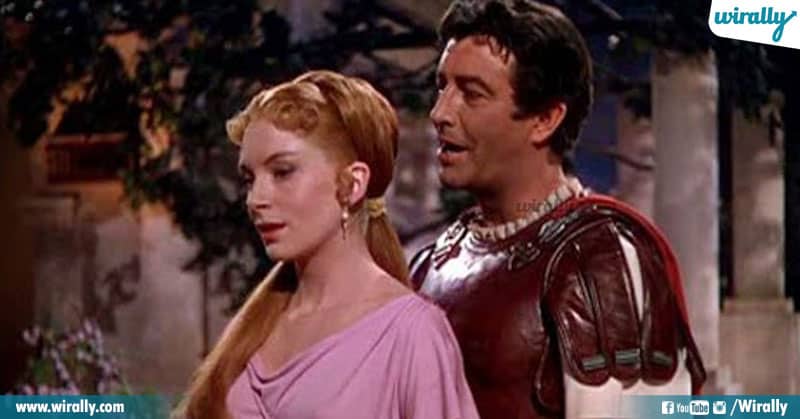 This 1951 film was a large box office success but critics have a mixed review on the storyline. The love story is tiring and drawn out but the movie as such is grand and vibrant for the time. Most of the critics seem to find this as fantastic entertainment and let’s revisit Mervyn LeRoy’s directorial venture. 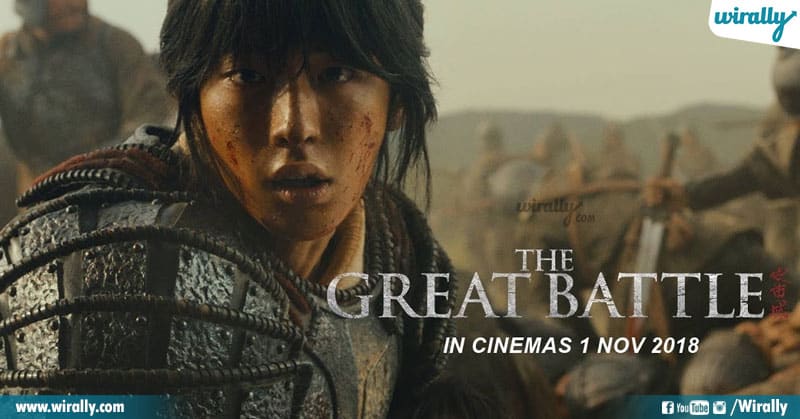 Although the film is not 100 percent historically accurate, we can find why it was a good choice after we watch the film. The character’s inner self is tapped and we see their strengths and weaknesses. The 2018 Korean drama features Jo In-sung as Yang Manchun is a war story in and out. 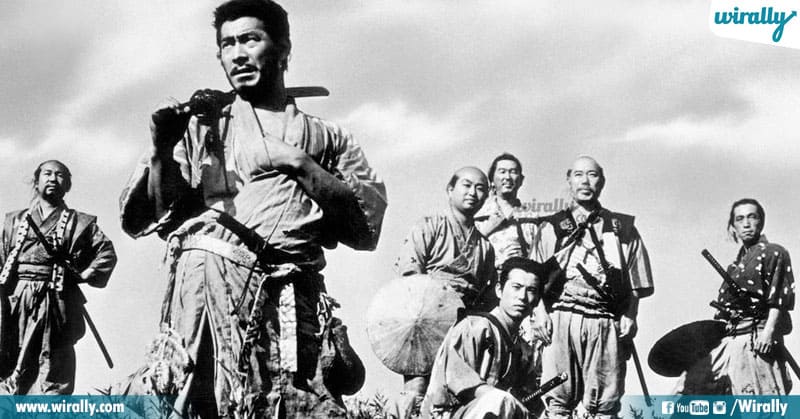 This highly influential Japanese movie shaped by the exceptional direction of Akira Kurosawa is a gem of a movie. The story follows villagers who hired 7 samurais to protect their crop from bandits. The movie is divided into 2 parts each being lauded by critics and audience equally to this day. Kurosawa’s brilliant editing skills that keep him miles above other directors is visible in each scene as it wraps up to the next one. The characters are memorable and the movie itself is a time machine. 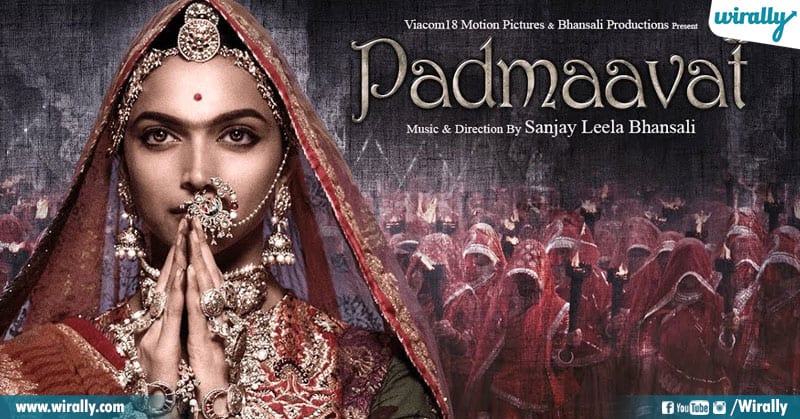 This is a Hindi period drama movie that has very little resemblance to history or literature. The movie faced communal backlash as many believe that the portrayal of the queen and Rajput kingdom is not accurate. However, it is pertinent to witness this drama for its magnificent set formed with complete attention to even the simplest of details, the visual appeal including costumes and the camera work in the movie. The shots are well detailed that it will take us to the era. We see Padmavati as a queen and a woman with critical knowledge and skills. The visual epic is a must watch for the character portrayal of Khilji and its visual spectacle. 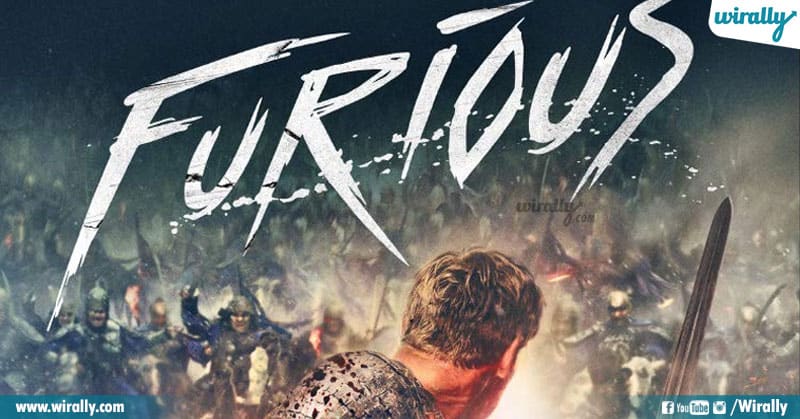 This 2017 Russian Epic drama film is a troy about a 13th century knight, a medieval tale based on Russian military and the mongols. The film was a huge box office success. The set design and the cinematography emphasizes that what we are witnessing is a tale of courage and valor. The movie is directed by Dzhanik Fayziev and Ivan Shurkhovetskiy. 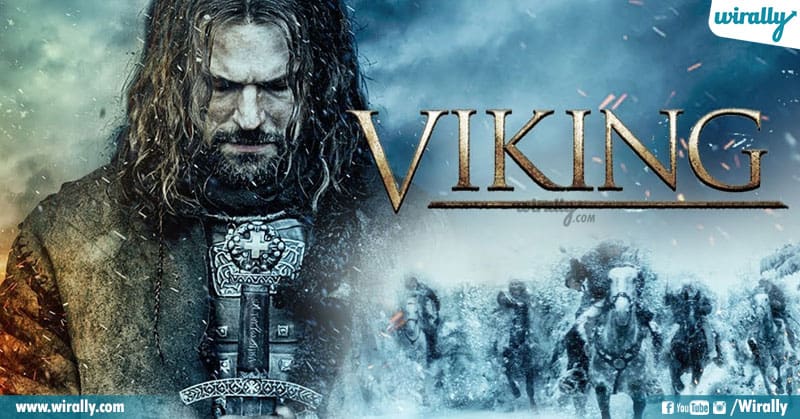 This Russian movie released in 2016 is inspired from the accounts of medieval Icelandic sagas about kings. The prince Vladimir, the great, takes his throne back from his half-brother after years of exile. This high budget movie has intricate settings and background score. The movie is directed by Andrei Kravchuk.

Also Read: Documentaries You Must Watch To Learn More About India