Telugu Cinema has come a long way, in the over 90 years-long history of Telugu Cinema, we have seen some of the all-time great films, that are right up there with some of the best that the world has to offer.

Though often known for its action-oriented films, one particular genre that does not get much love ironically is the love story genre, and with the launch of Amazon prime in India, the OTT has been pushing hard for regional content, which means that you can stream hundreds of amazing Telugu movies on the platform right now..

If you are someone who loves a good love story, then you are in for a treat, as we have scoured through the enormous library of Amazon Prime, and made a list of the 10 Best Romantic Telugu Movies On Amazon Prime. 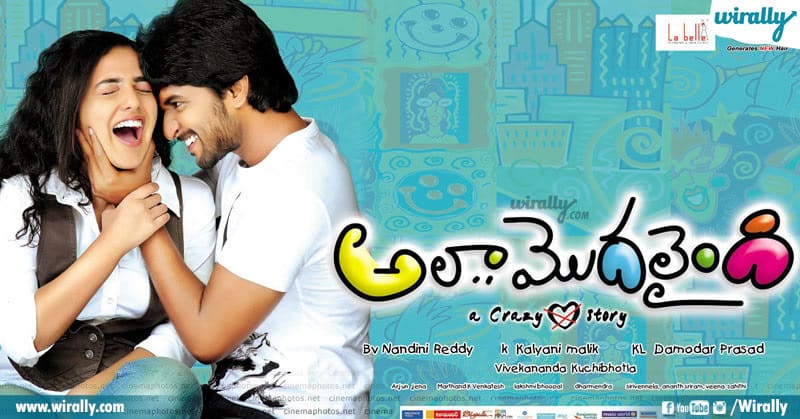 Written and directed by Nandini Reddy, Ala Modalaindi is a romantic comedy film starring Nani, Nithya Menen and Sneha Ullal in the lead roles. The film tells the story of Gautam who is kidnapped on the day of his girlfriend’s marriage, on the way, he is forced to narrate his love story to the kidnapper.

The film is full of humour and twists and turns which will keep you invested throughout the film. The narrative is well written and the actors do a great job in their portrayals. Overall it’s a fun ride filled with some great moments, making a unique and unconventional love story that you should definitely watch. 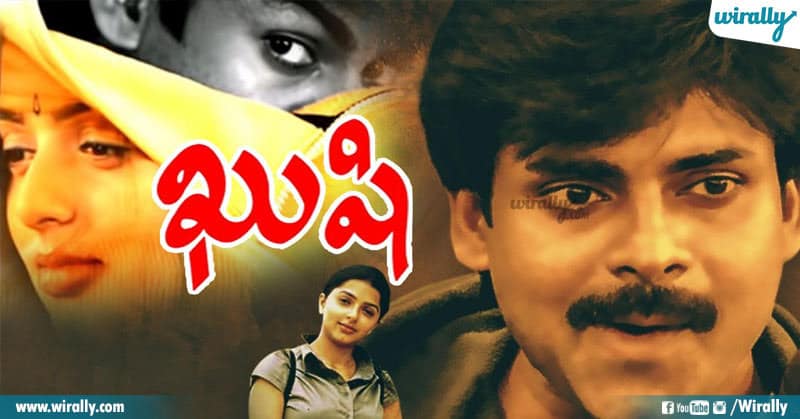 Often regarded as one of the best love stories of Telugu Cinema, Kushi is the remake of the 2000 Tamil film of the same name. It stars Pawan Kalyan and Bhumika Chawla in the lead roles. The film tells the story of two college friends Siddhu and Madhu, who start to develop feelings for each other after helping their two friends unite.

The film released on 27 April 2001 and went on to become a cult classic, with many appreciating the performances of Pawan Kalyan and Bhumika Chawla, and the soundtrack, as all the songs went on to dominate the top charts section. Kushi was the highest-grossing movie in Telugu cinema at the point of its release and won several accolades. 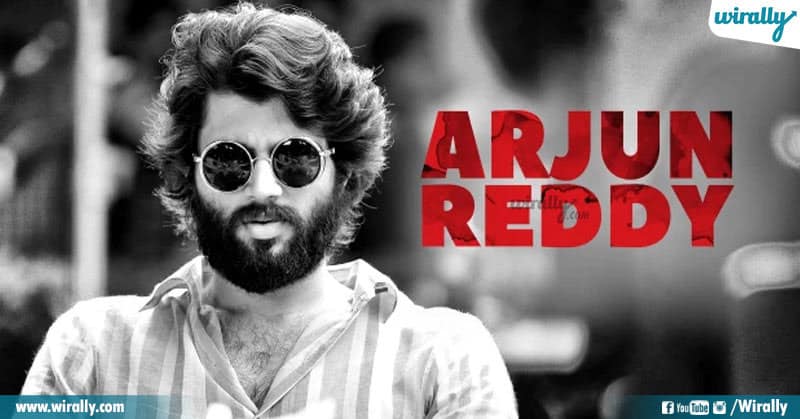 One of the most popular Telugu films of recent times, Arjun Reddy is a compelling love story. Directed by Sandeep Vanga, the film stars Vijay Deverakonda and Shalini Pandey in the lead roles, the film tells the story Arjun Reddy, a high-functioning alcoholic surgeon with anger management issues, and his self-destructive path after the marriage of his girlfriend Preethi Shetty.

The film is filled with some great acting as Deverakonda and Shalini deliver strong and powerful performances, making the film extremely raw and realistic. The plot is gripping and offers a unique story when compared to the cliché love stories that we’re used to in the Telugu Cinema. 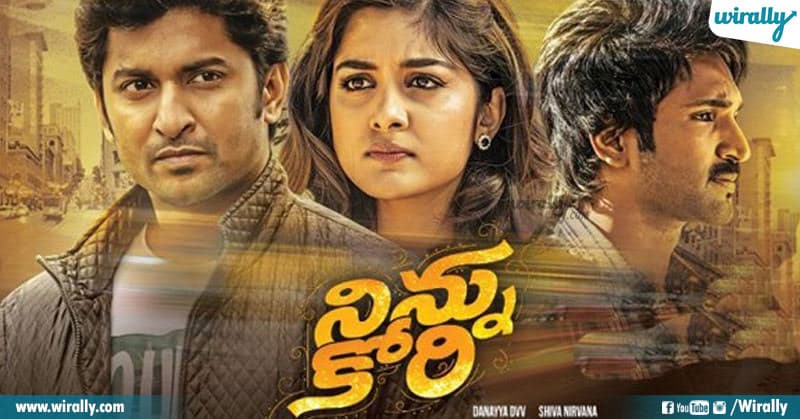 Ninnu Kori is a romantic comedy directed by Shiva Nirvana, the film features Nani and Nivetha Thomas Aadhi Pinisetty in the lead roles, the film tells the story of two lovers Pallavi and Uma who are separated due to circumstances, years later, Pallavi finds that Uma is still not over her and has now become an alcoholic, she invites him to her house, to show him that she has moved on, and so should he.

Nani delivers a powerful performance and the film has some memorable dialogues. The second half of the movie turns really emotional, and the characters do a great job of bringing out the emotions. Also the climax of the movie wonderfully showcased, with the background score enhancing the narration. 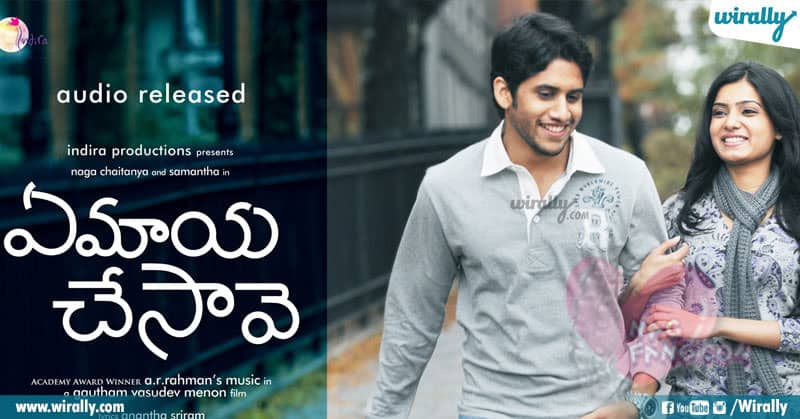 Written and directed by Gautham Menon, Ye Maaya Chesave is a romantic drama film starring Naga Chaitanya and Samantha Akkineni in the lead roles. The film revolves around Karthik, an aspiring assistant director who falls in love with a Christian girl, her father opposes their relationship due to religious differences.

The film featured music scored by two-time Academy Award winner A. R. Rahman. The film went to gain Cult status over the years and was praised for its realistic and raw approach and the beautifully written dialogues, The film also marked Samantha’s film debut, winning her Best Female Debut accolade. 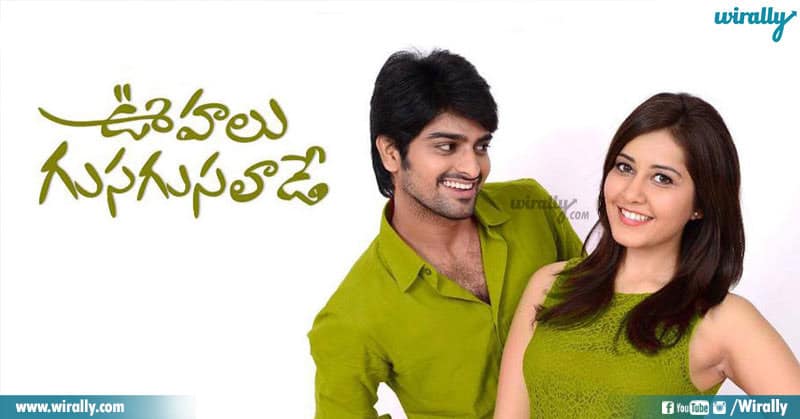 Written and directed by Srinivas Avasarala in his direction debut, Oohalu Gusagusalade is a romantic comedy film starring Naga Shourya, Rashi Khanna and Srinivas Avasarala in the lead roles, The film is an adaption of the famous French play Cyrano de Bergerac and revolves around a young girl Prabhavati and two men Venky and Uday who love her. The film was released worldwide on 20 June 2014 to positive reviews and went on to become a commercial success grossing over 30 crores. 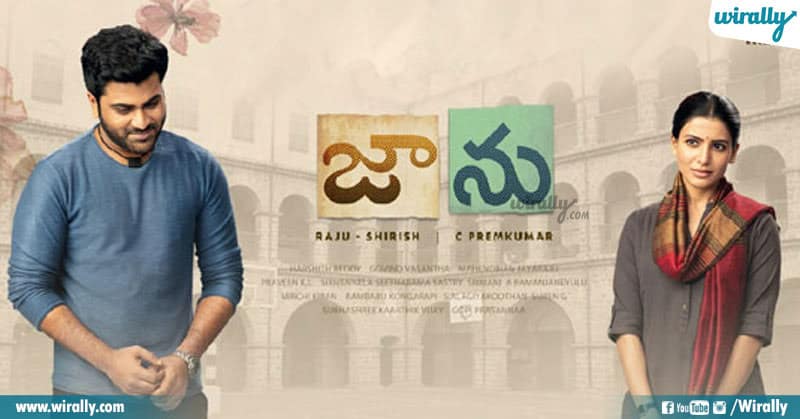 A remake of his own Tamil film 96, Jaanu is a romantic drama film written and directed by C. Prem Kumar, the film features Sharwanand and Samantha Akkineni in the lead roles. As the story revolves around two former lovers, who meet again in a reunion fifteen years after their graduation.

The film does a great job of bringing the vibe of school days and will make you feel nostalgic. The characters are matured, and both the lead actors deliver good performances, the second half of the film is filled with emotional moments and the story has enough twists and turns to keep you invested in it. 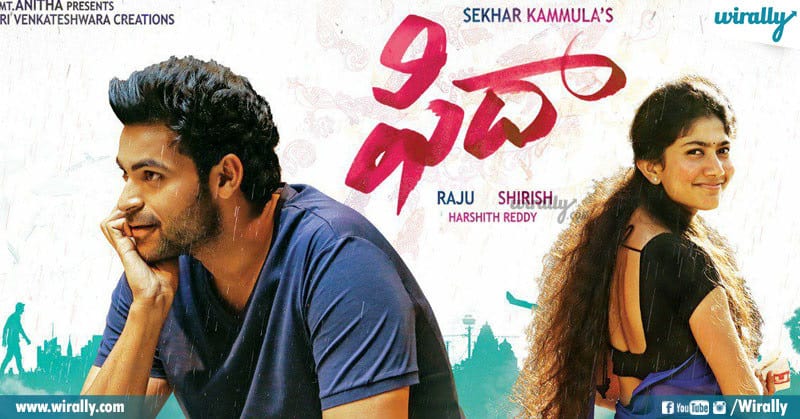 Releasing in 2017, Fida is a romantic comedy film, written and directed by Sekhar Kammula, the film stars Varun Tej and Sai Pallavi in the lead roles. The film tells the story of two young adults Varun, and Bhanu who fall in love with each other, however, complications arise due to their personal differences. The film was released on 21 July 2017 to critical acclaim, the film won four Filmfare Awards from 9 nominations, making it highly successful. The filmed also marked as Sai Pallavi debut in the lead role, her performance was widely appreciated by critics, with Film Companion including her in 100 Greatest Performances of the Decade.