While not a genre of its own, the subgenre Detective fiction has sure seen its fair share of movies in its time and is one of the most popular sub-genres in the history of cinema. Detectives films are almost loved by everybody, they are a thrilling ride of fun a mystery, and there’s something cool about seeing the protagonist defying all odds and using his intelligence to solve an unsolvable mystery.

There’s a reason why Sherlock Holmes has become one of the most popular and well-known figures in the history of fiction, and many others have tried to jump on the bandwagon to make the next Sherlock.

The Telugu Cinema too is home to some famous and critically acclaimed detective movies, we have decided to make a list of the Best Telugu Detective Movies you must watch. 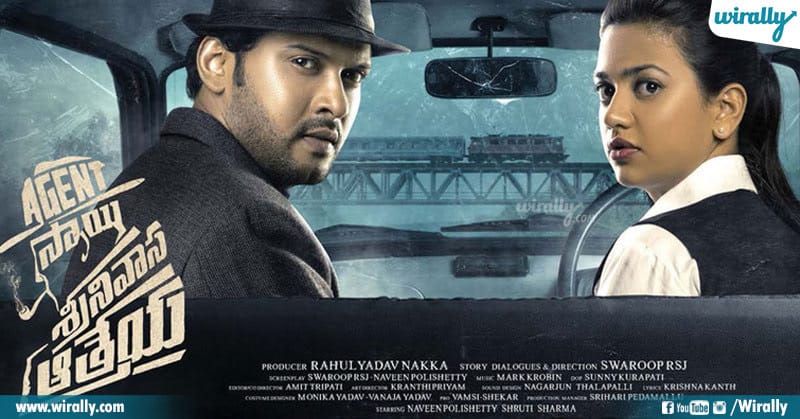 Agent Sai Srinivasa Athreya comedy thriller film written and directed by Swaroop RSJ, the film stars Naveen Polishetty and Shruti Sharma in the lead roles and tells the story of a Nellore detective who gets into trouble when he starts investigating the case of an unidentified body found near a railway track.

If you are a fan of detective or thriller movies, then you’re going to love Agent Sai Srinivasa Athreya, the story is engaging and the screenplay is strong. Navin Polisheety showcases his brilliant acting skills and is the heart of the film.

The film was released to positive reviews, with many praising the story and Cinematography of the film. Film Companion called it the best comedy thriller of the decade. The film went on to win several accolades, including 3 Zee Cine Awards Telugu. 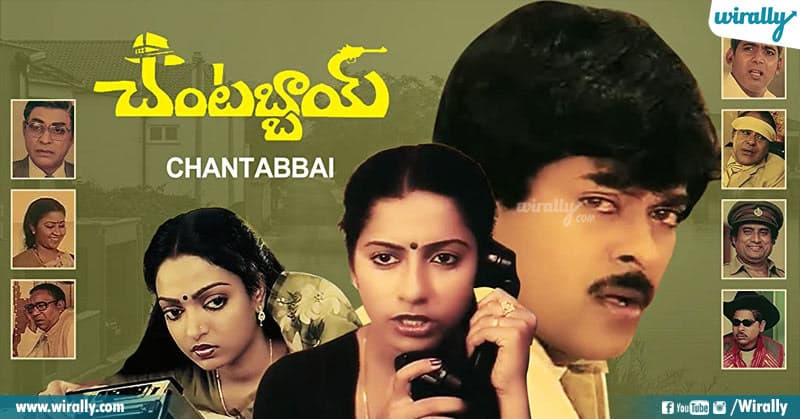 A film that manages to have the perfect balance between comedy and suspense, Chantabbai is a comedy-drama film written and directed by Jandhyala.

Based on the famous novel with the same name, The film stars Chiranjeevi and Suhasini in the lead roles, as the story revolves around a self-proclaimed detective, James Pond who must now find the son of a famous Industrialist.

Releasing in 1986, the film was released to critical acclaim and went on to become a cult classic. At the time of release, there was no other film like it, it had a unique storyline and was different from the action-packed masala films we were used to.

The film is a laugh riot from start to finish and showcases Chiranjeevi at his best. If you are looking for a detective movie that is hilarious and entertaining, then you should check this film out. 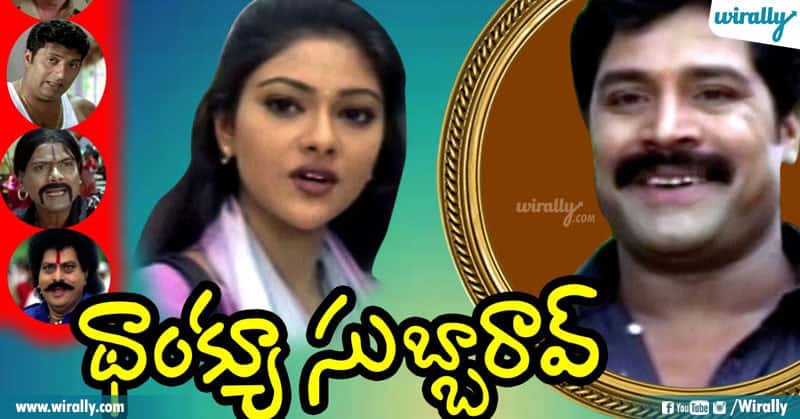 The film is a laugh riot, and will constantly make you laugh out loud. Sri Hari and Prakash Raj both do an excellent job and have great chemistry together, their comedy timing is subpar, and the film is filled with great dialogues.

The second half of the film is filled with emotion, and the film does a great job in balancing the sentiment with comedy. If you are looking for a comedy family entertainer, that has a solid story, and good acting, then Thank You Subba Rao is a great pick. 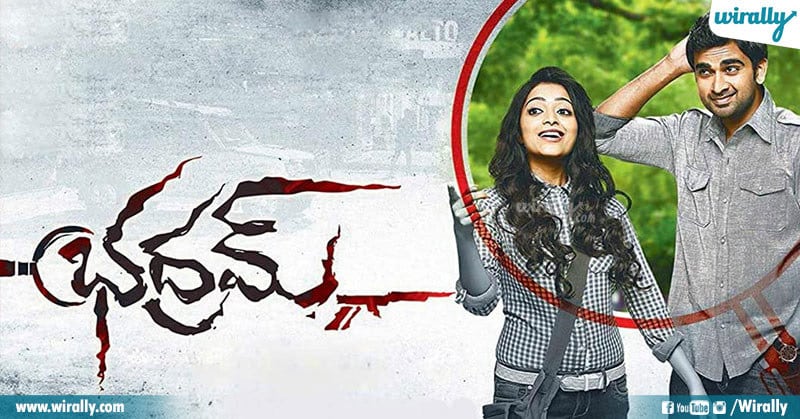 Bhadram is the Telugu dubbed version of the hit Tamil film Thegidi. Releasing in 2014, Thegidi stars Ashok Selvan and Janani Iyer in the leading roles. The film tells the story of a young detective, who is asked to keep an eye on a certain number of people to collect information, however, things go out of hand as the subjects start dying mysteriously.

The film was released to positive reviews, with many critics praising the atmosphere and pacing of the film. The film constantly keeps on the edge of your seat and is filled with twists and turns.

The background score perfectly fits the tone of the film and adds to the tension. Due to the success of the film, a Telugu dubbed version Bhadram was thereafter released on March 21, 2014. And the film was remade in Malayalam as Chanakya Thanthram in 2018. 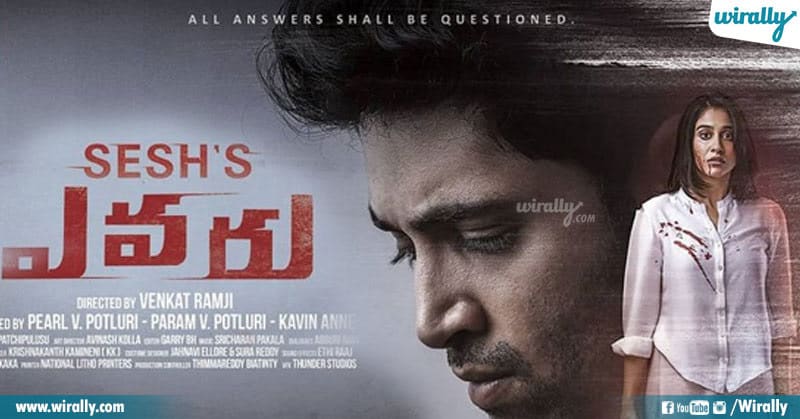 A remake of the hit Spanish film The Invisible Guest, Evaru stars Adivi Sesh, Regina Cassandra, and Naveen Chandraas, as it tells the story of Vikram Vasudev, a sub-inspector who investigates the murder of a high-ranking officer who was killed by his alleged rape victim. Though the film is a remake, it manages to add its own twist to the story and is an entertaining watch from start to finish.

The film moves at a great pace and manages to keep the plot interesting. All the actors deliver splendid performances, and the razor-sharp editing adds an extra layer of suspense to the film. Overall, Evaru is a fantastic thriller film, that stays true to the original, but has a unique identity of its own, making it a must-watch. 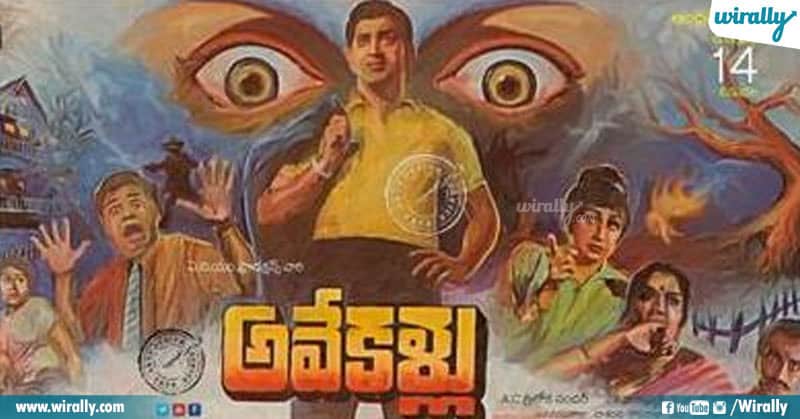 An all-time classic film, that paved the way for all future Telugu thriller films, Ave Kallu, releasing in 1967, is a murder mystery film, starring Krishna in the lead role. The story revolves around a young woman named Susila, who returns to home, only to find out that her whole family is murdered.

She must now find the killers of her family, her only clues are half-smoked cigar and a mysterious woman in white running through the courtyard. The film was released at a time where Telugu films were mostly about action films or love stories.

This film offered something different than we were used to and is often regarded as one of the most influential thriller films of all time. If you are looking for a classic film, that has a great story and is full of comedic elements, then Ave Kallu should be on the top of your list.