Ahmedabad, located in western India, is the largest city in the state of Gujarat. It is a highly famous tourist destination in India especially in the winters when it’s pleasant and cool. In the year 2018-19, it was reported that a total of around 3.26 crore tourists visited Ahmedabad, also known as the Manchester of India. Let’s check out the top 9 tourist attractions to visit while in the state- 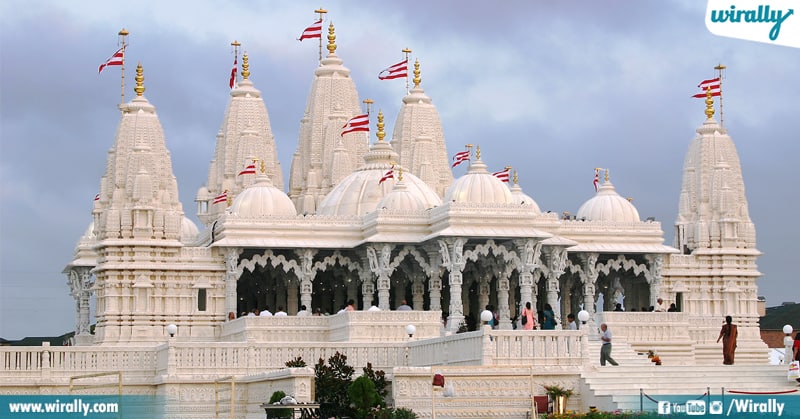 Located in the Kalupur area of Ahmedabad, Shri Swaminarayan Temple (also known as Akshardham Temple) is a shrine dedicated to Narayan Dev. The temple is a marvellous example of the architecture of the nineteenth century. It attracts around a million people on the day after Diwali for darshan. The temple is also quite well known for its morning ‘Aarti’ or prayer service which happens at around 8:00 am. That is the best time to visit the temple when you can witness the prayer services. It’s complex has a multi-storey guesthouse and a medical clinic within its compound for the convenience of the visitors. This magnificent temple is also the headquarter of the Nar Narayan Gadi, which makes it an even more revered temple among believers. 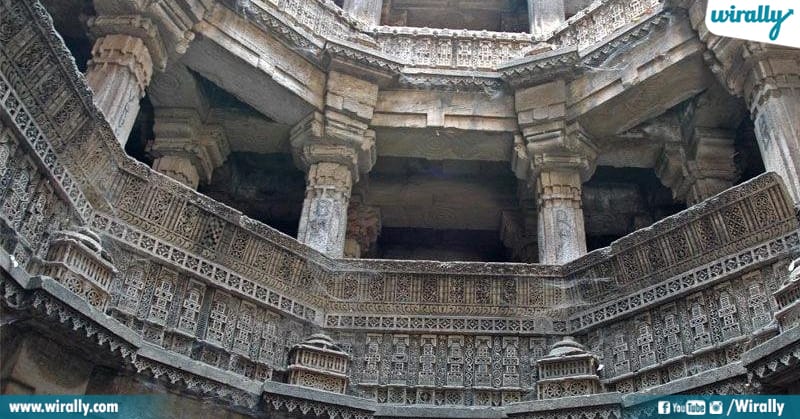 Situated in Asarwa, the Dada Harir Wav, initially known as the Bal Harir Stepwell is among the two famous step-wells of the region. The seven-levels of the stepwell, which is a great source of water conservation, can also accommodate several visitors at the same time. Built by a woman of Sultan Begara’s harem in 1499AD, these step-wells were made as a retreat during hot summers. Waiting to be filled with rain water, no matter what the weather is, it is always cooler within the Step-wells. 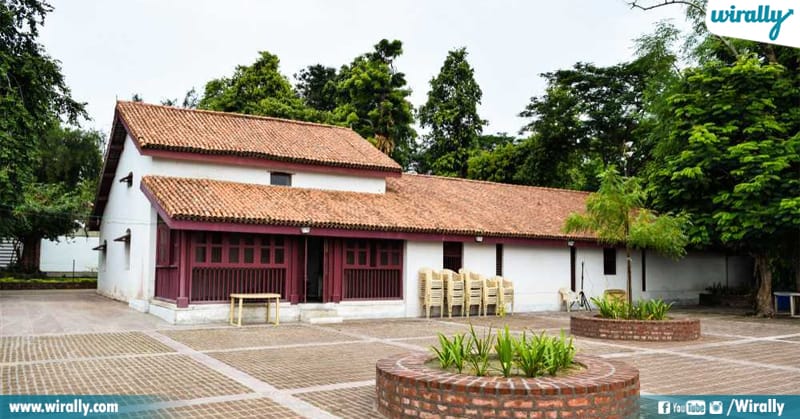 Once the residence of Mahatma Gandhi and his wife Kasturba, Sabarmati Ashram is the site where Gandhiji started the famous Dandi March from. Situated in the 5km north of Ahmedabad’s centre, it is located on the serene stretch of the Sabarmati River. In addition to catering to its visitors, the Ashram is also responsible for collecting and archiving important historical documents, microfilming, lamination and preservation of negatives, publication of ‘Mahadevbhani Diary’ which is an account of India’s freedom struggle, study and research in Gandhian school of thought and keeping direct contact with the youth of the country. Walking tours through the Mahatma Gandhi Ashram are conducted regularly as well. 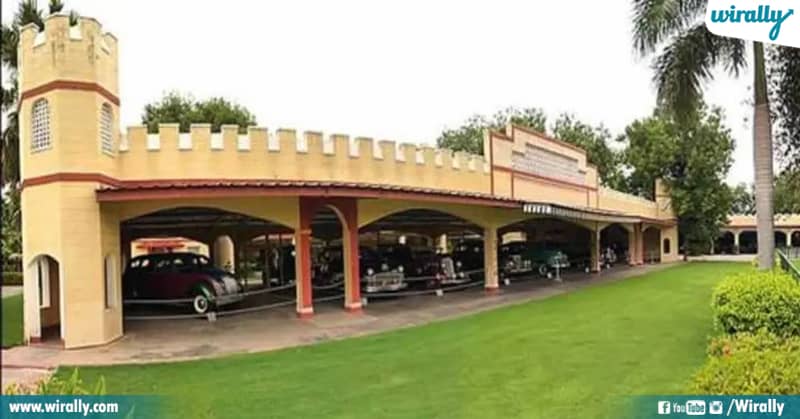 If you are a car fanatic and an antique lover this is a must visit tourist spot while in Ahmedabad. Located in the Dastan of Kathwad, the Auto World Vintage Car Museum displays over 120 vintage cars including old utility vehicles, motor vehicles and ancient carriages. Royal cars and carriers from 1900s to the 1970s are also grandly displayed for its visitors. The museum has a restaurant that is said to serve some of the best Rajasthani and Gujarathi delicacies. 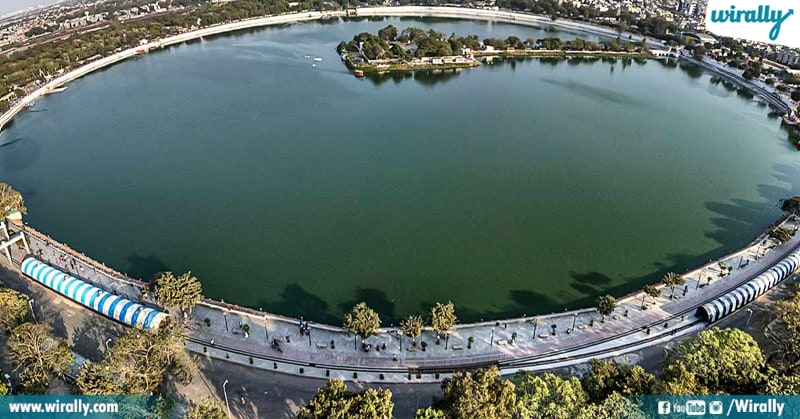 Kankaria Lake is the second largest lake of Ahmedabad, formerly known as Hauz-e-Qutub. Located near the Maninagar area, this lake is perfect for evening strolls with multi-coloured lights glowing all around. It is also popular for the balloon safari, zoo, toy trains and the amusement park. Kankaria Lake lays down a variety of fun activities like archery, gymnastics and water rides. Kankaria carnival is also widely celebrated. 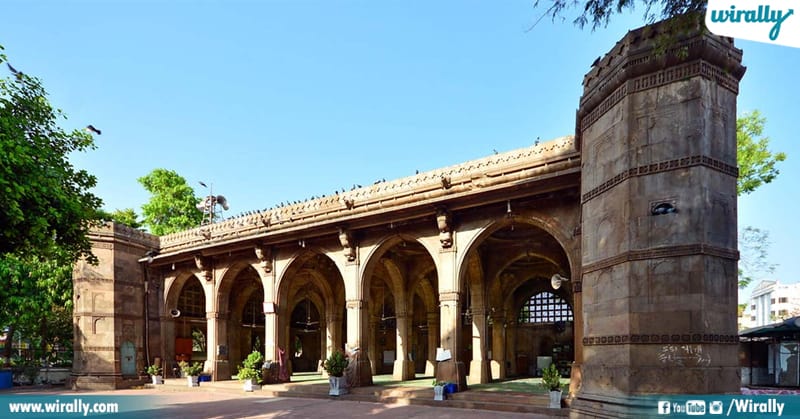 Popularly known as Sidi Saiyyed Ni Jaali, the Sidi Saiyyed Mosque was built in the year 1573 and is one of the most popular and beautiful mosques located in Ahmedabad. This tourist spot has gained much admiration and reputation over the years. The mosque is especially famous for its beautiful ten stone latticework windows, also known as Jalis, on the side and rear arches. The best time to visit the Sidi Saiyyed Mosque is between November and February in the winter months. Visitors are advised not to attend the Sidi Saiyyed Mosque on Fridays, the day of the mass prayer since there is a lot of crowd in the mosque on that day. 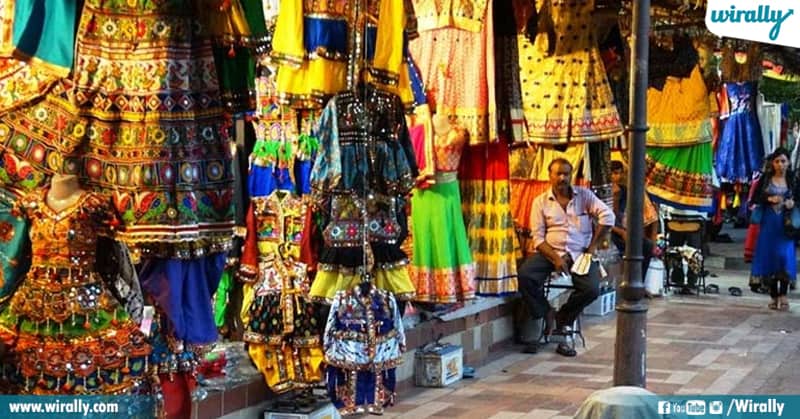 The Law Garden Night Market, situated at the Law Garden in Maharaja Society is a prominent night market in Ahmedabad. One can see an array of authentic stalls from Kutch and Saurashtra, with the top buys being traditional clothing, wall hangings, bandhej sarees, long colourful skirts (chaniyas) antique jewellery, traditional footwear and home decor items. The night market is also lined with food trucks serving some delicious local dishes and street food. It is recommended to visit between 8 and 9 PM. Navratri is a great time to visit the Law Garden night market. 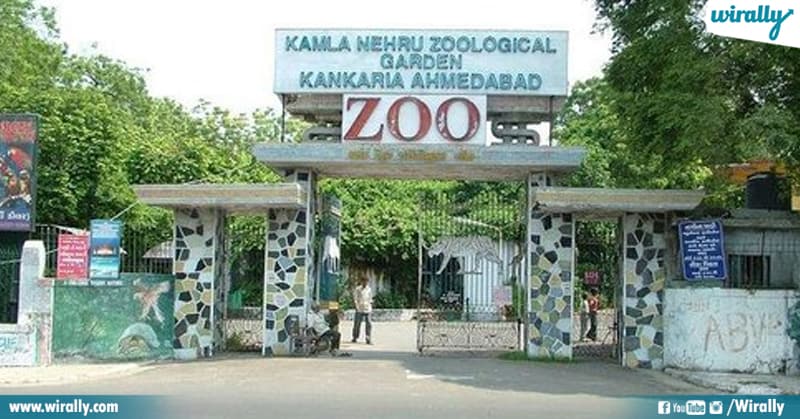 Popularly known as Kankaria Zoo, Kamala Nehru Zoo was established at Kankaria in 1951. This 117-acre land is home to various Indian species of about 450 animals, 140 reptiles and 2000 birds. It is great to visit with children as they will enjoy nature in it’s true form. The zoo houses many endangered species such as tigers and elephants. It also displays many rare animals such as the White Blackbuck, Nicobar pigeons, the Indian Star Tortoise, the White peacock and the Spotted Deer. The zoo also organises free Educational Tours every Thursday. 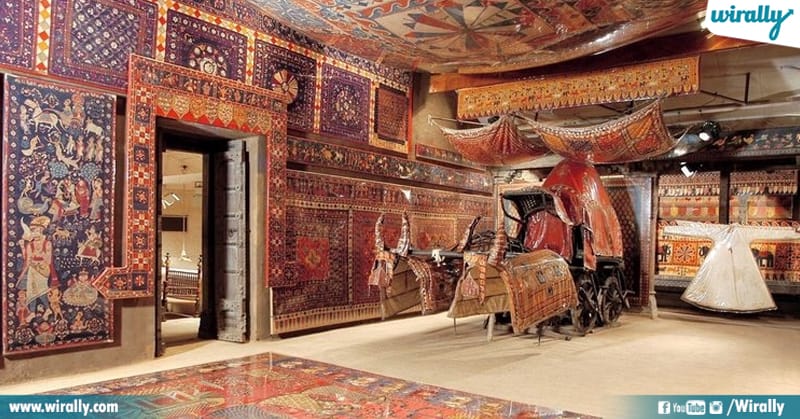 Located at the Retreat on Airport Road, Calico Textile Museum is the oldest textile museum in Ahmedabad. It was opened by the former Prime Minister of India, Pandit Jawaharlal Nehru. This museum has been preserving various weaving material, an array of designer and colourful fabric from different parts of the country which tourists can thoroughly enjoy. Besides textiles, the museum also showcases South Indian bronze art, temple hangings, furniture, miniature artworks and Jain artefacts. It also includes gallery sections and a library as well.