India, a country which is known for its traditional values and culture, historical monuments, freedom fighters and their struggle is also known for its richness in its traditional food that is served across many of the states in the country. Indian cuisine is one of the most popular diverse on the planet. Regardless of the geographical region the dish emerged in, it will always have a flavor explosion that satiate your taste buds. Ever wondered what are the traditional foods of India and where did they originate from? Well, check out the above list of Top 10 traditional foods to eat in India and where did they originate from.. 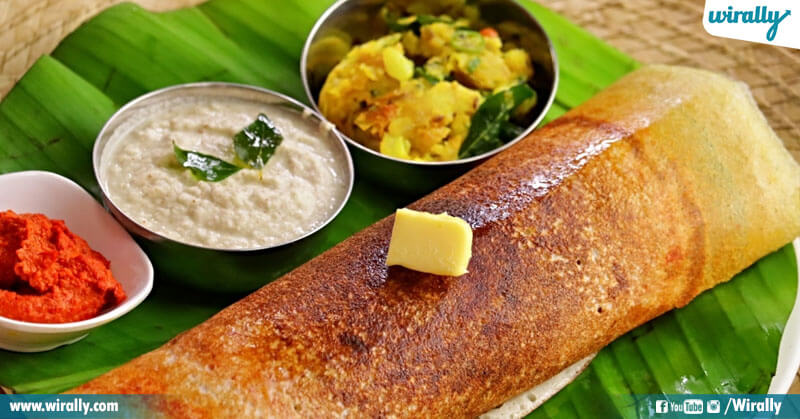 it doesn’t matter which part of the day it is, Tiffins generally stuff us up easily and particularly Dosa which has its own fan base and at any place one can easily find a tiffin center that is famous for Masala Dosa. Masala Dosa is the variation of the popular South Indian dosa, which has its origin from coastal Karnataka from Tuluva Udupi Cuisine. Masala Dosa is considered one of the best Indian traditional foods as it is popular in South India but can also be found in other parts of the country and overseas. Masala Dosa is prepared in many variations and is given different names to each one of them such as Mysore Masala Dosa, Rava Masala Dosa, Onion Masala Dosa, Cheese Masala Dosa and so on. Therefore, the types of filling in Masala Dosa varies but potato and onion are the primary and essential ingredients that is made into a curry and is dipped in chutney. 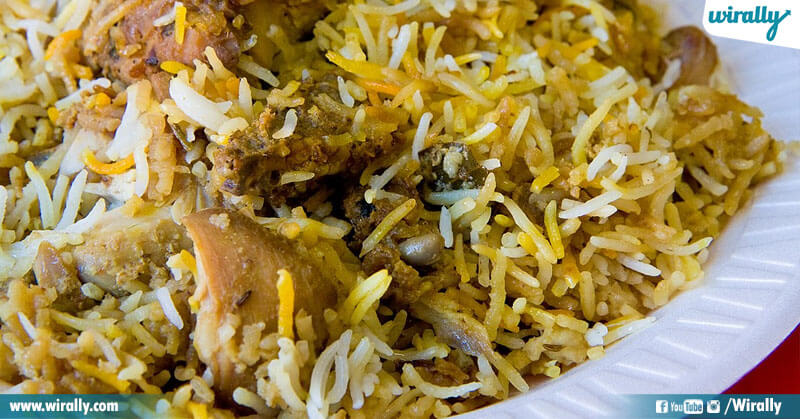 One cannot ignore and leave the City without savouring the famous, the ultimate Lip-smacking Hyderabadi Biryani. Biryani was introduced to Indian Cuisine by the Mughals. It is a classically rich North Indian Dish that includes fragrant rice, baked with saffron, turmeric and whole spices with chunks of moist marinated meat and often a hard boiled egg. Biryani is popular throughout the Indian Subcontinent and has gained much popularity in South India especially among Tamil Nadu, Andhra Pradesh and Telangana. No wonder it is considered the traditional Indian food because of its exquisite tast and mix of spices. 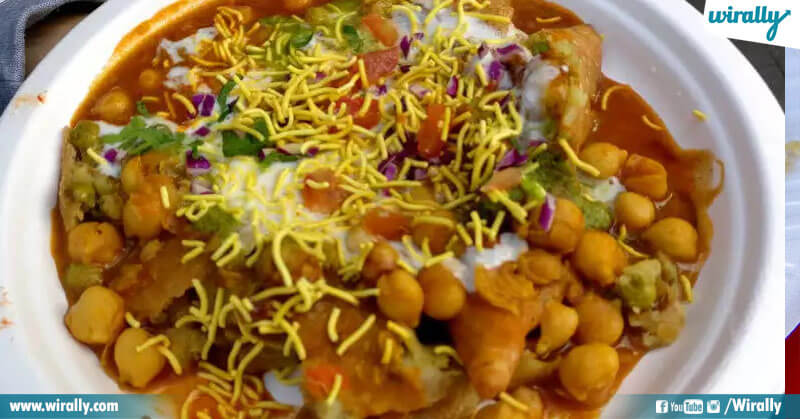 This is one of the best and affordable food items that can be easily found in any random street. It has a richness of delectable taste and comes with a plethora of varieties. Chaats are usually considered Indian traditional snack food but few people consume it for breakfast and dinner as well. Chaats originated in North India and gradually spread to every corner of the country. If you are a person who has never tried chaat before, you are missing out on something the best, indeed, there is no need to brag about the taste it carries, once you munch on it you will keep going back for more. Some of the popular snacks include kachori, bhel puri, masala puri, and pani puri which people take as a challenge on who eats more. Chaat is one of the best traditional street foods in India. 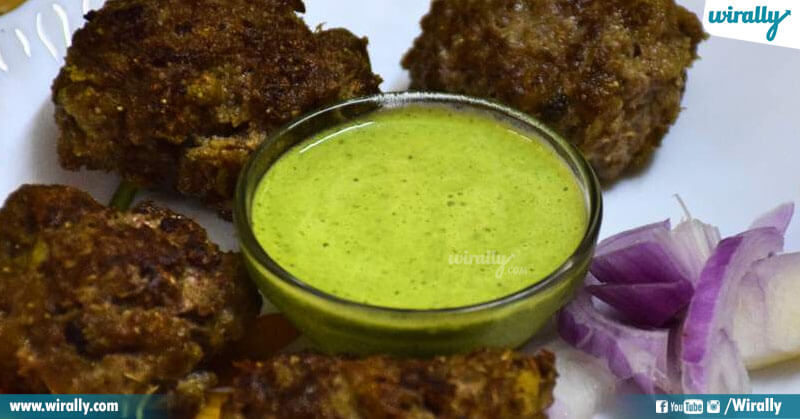 Tunde ke kabab which is also known as Buffalo Meat Galouti Kabab is a minced meat which is popular in Lucknow and is one of the best traditional foods in India to savor on. It is a part of Awadhi Cuisine and is known for its ambrosial and aromatic delicacies which is said to incorporate around 150 spices. Tunde ke Kabab was first introduced to the Nawab of Awadh Wajid Ali Shah. If you are a fan of kababs and are willing to experience the Indian traditional food at the same time then this is the best dish for you to feed on. 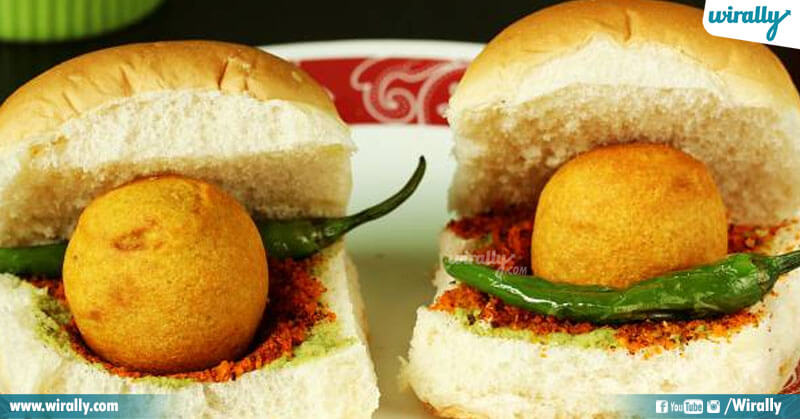 Vada pav which is a vegetarian fusion of potato patty, chili and other spices is a fast food dish native to the state of Maharashtra. The potato patty placed between the sliced bread is accompanied with Green chillies and chutney. It is generally called the “Bombay Burger” in keeping with its origins and its similar resemblance to that of a burger. It is considered one of the favorite traditional snacks in Maharashtra and is claimed to be part of the culture of Marathis. Streets in Mumbai goes incomplete without the stalls and presence of Vada Pav sellers such is the popularity developed here in India with its rich taste and affordable price. 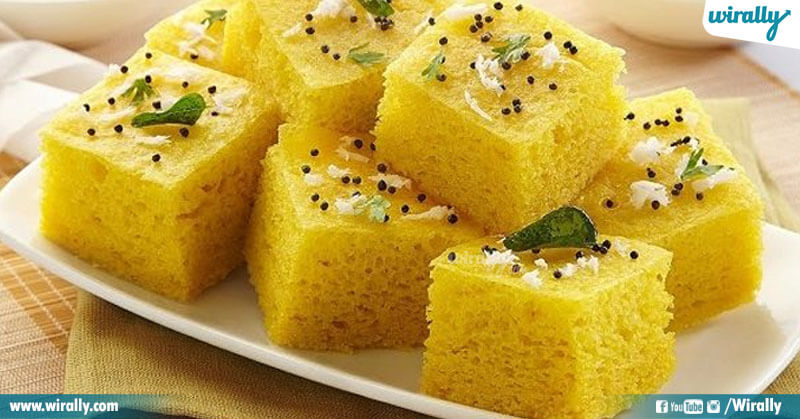 A vegetarian culinary dish that is found mainly in the Indian State of Gujarat and parts of adjacent states. This snack is considered one of the traditional Indian food items. A steamed savory cake made with fermented batter of lentils and rice. Known for its delectable taste, the Dhokla will never give you ‘Dhoka’ (betray) you with its taste. Among every snacks in Gujarat Dhokla is the forerunner. It is also one of those snacks that can be easily found in any corner of the street with an affordable price. 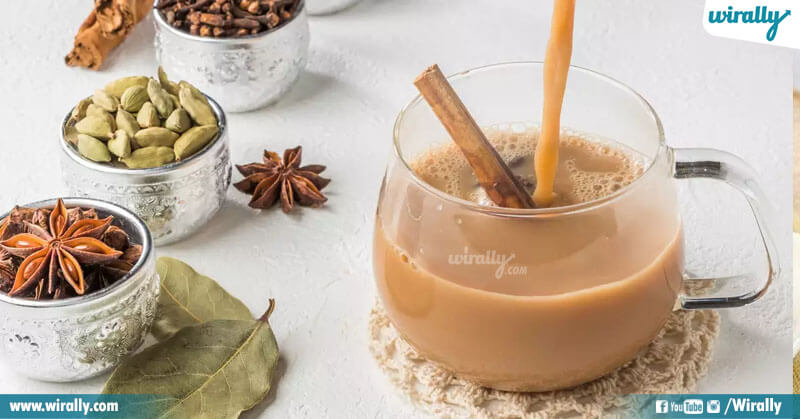 The Indian Masala Chai hits differently with its taste and flavor of spices, this is truly a traditional beverage or food item in India that one must try at any cost. It is made by boiling black tea in milk and water with a mixture of aromatic herbs and spices. It was originated in India and gained worldwide popularity with its flavor and has included as one of the best beverages in many coffee and tea houses. Accompanied by Osmania Biscuits, the Masala Chai is sure an heavenly feeling which is also claim to relieve stress. 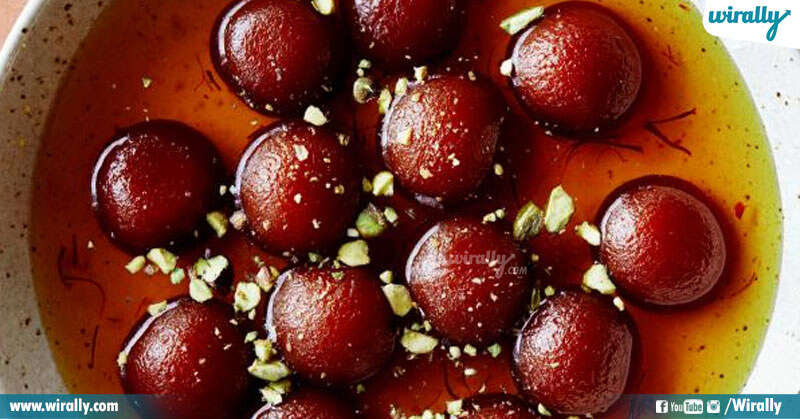 A traditional Indian sweet, Gulab Jamun which when translated literally this dessert is called Rose Water Plum. The softness this sweet holds in unpredictable. Once you Comsume the bite of it, it will escort you to a whole new world with its awesomely delicious flavor. It was originated in Medieval Iran and is popular in India, Nepal, Bangladesh, Maldives, Pakistan and Myanmar. It is often garnished with cashews and almonds to enhance its flavors. Started by gits food in 2020, World Gulab Jamun day is celebrated on 10th October every year. 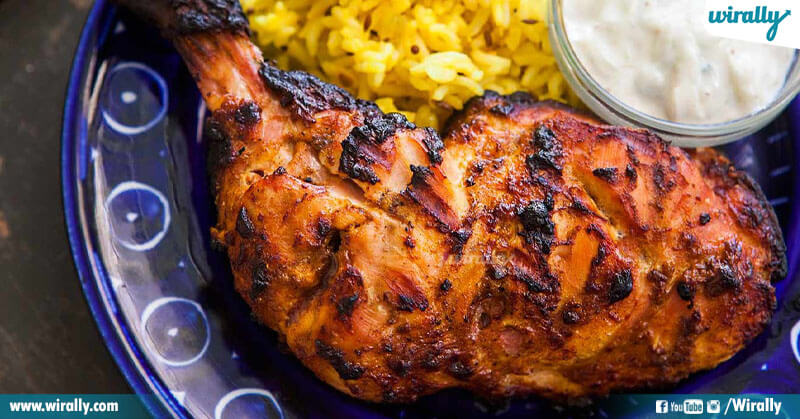 Tandoori Chicken originated from the Indian subcontinent is also popular among many other parts of the world. The dish has a great deal to offer in terms of flavor. This dish is cooked in clay oven known as Tandoor Ovens. The Chicken is marinated in yogurt and spices and is put in the tandoor ovens which gives out the succulent and Smokey meat rich in its flavor and taste. Accompanied by Roti and salad, this is the one of the best Indian traditional foods one could ever desire for. 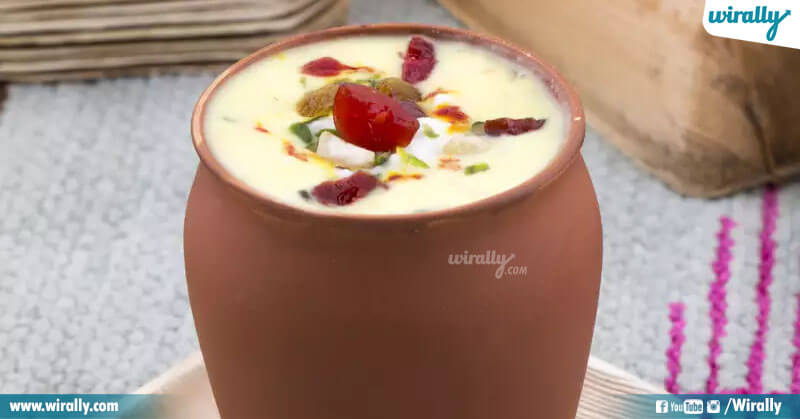 Another traditional Indian beverage that captures the attention of many foodies and tempts non-foodies too with its aroma and flavor. It is a wonderful yogurt based drink originated in the Punjab region. Lassi is a blend of yogurt, water, spices and sometimes fruits. Indeed, lassis may be infused with cannabis in the form of bhang. Lassi is also enjoyed during the warmer days of the year and many North Indians consume it during the colors of festival Holi considering it as the part of their culture and tradition.