06 Best Web Series That Are Similar To Game Of Thrones

Every once in awhile, there comes along a Tv show that instantly hooks you in, and immerses you in its world, there’s just something about it that you can’t get enough of, from the characters to the storyline, you just can help yourself from getting obsessed over it.

This was the case with Game Of Thrones when it first started airing in 2011, and through its course of 8 seasons, it became one of the most popular and successful Tv shows of all time. And though the last 2 seasons were heavily criticized, and the ending left a sour taste in the mouth of many fans, the first six seasons are still considered as some of the finest works of storytelling.

If you are someone who still can’t get over the disastrous ending of Game Of Thrones or are someone who just loves a great fantasy show, full of sex and violence, then fear not, for we have made a list of the Best Television shows we think you’ll enjoy that are similar to Game of Thrones. 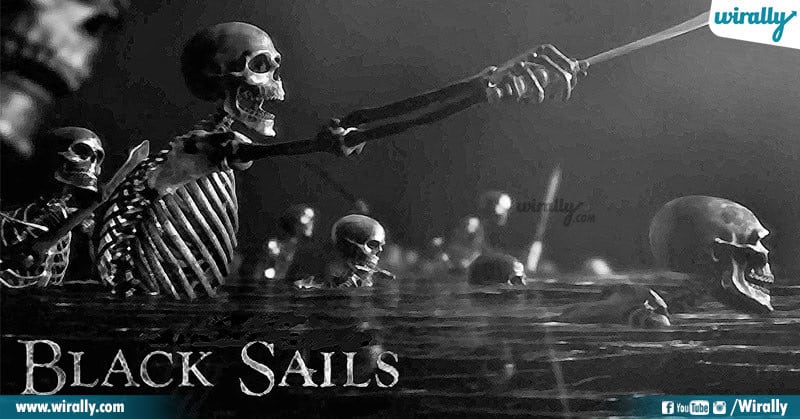 A prequel to Robert Louis Stevenson’s 1883 famous novel Treasure Island, Black Sails revolves around the tales of Captain Flint, a pirate, widely regarded as the most brilliant, most feared of all the Golden Age pirates.

What Black Sails gets right is the most important thing it had to get right, and that’s pirates. These are not your over-the-top Disney fantasies pirates who are just out for an adventure. These are real pirates, who are mean, greedy and the ones who kill you without a moment of hesitation.

All the characters in Black Sails are brilliant and are truly memorable. The dialogues are great and feel natural, and the atmosphere and the vibe that the show creates feel realistic. The show has a charm right from the start, that will suck you in its world.

Though the story can get a little complex at times, Black Sails is easily the best Pirate Adaptation in a Tv Series, and one you must watch. 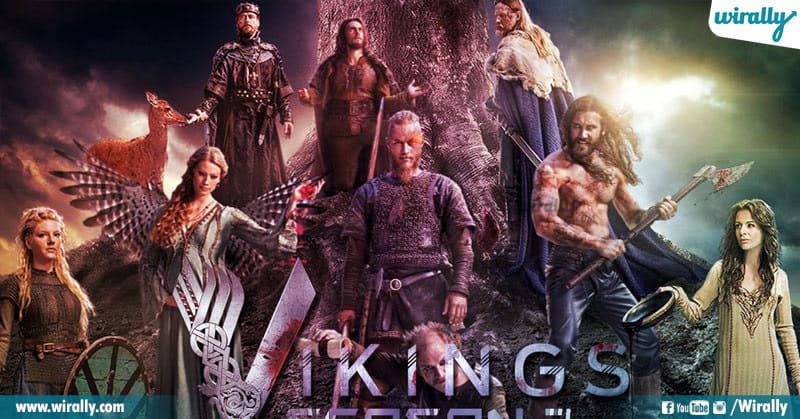 ‘Vikings’ tells the origin story of the legendary Norse Viking warrior Ragnar Lothbrok, and how he becomes a fearless warrior and commander of the Viking tribes.

The depiction of medieval Scandinavia is breathtakingly beautiful, the show does a great job of creating the atmosphere of the early Medieval period, and has some great characters. The story of Ragnar Lothbrok is an inspirational one, and you’ll find yourselves caring and feeling for him.

And though there have been many comparisons between Viking and Game of Thrones, the show does enough to differentiate it from the latter and has its own thing going for it, making for an entertaining and unforgettable journey.

If you are a big fan of the Viking era, or just love grown men beating the holy hell out of each other, then ‘Vikings’ is for you. 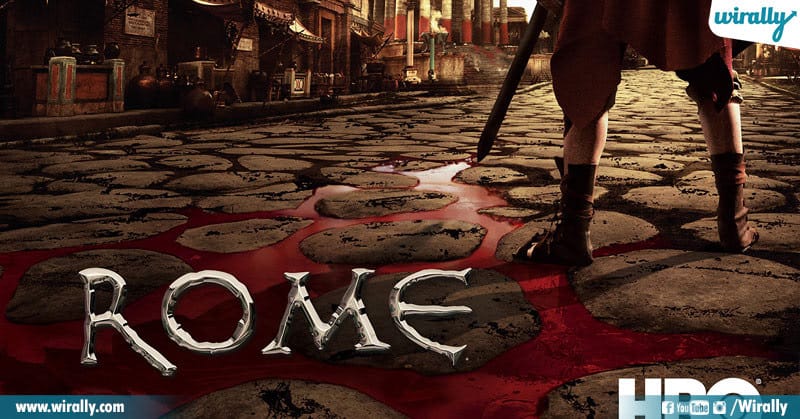 This British-American-Italian historical drama television series had so much potential and did deserve a lot more love than it got, but it was not to be, as it was cancelled after two seasons.

But what you get still get from Rome is a solid 2 seasons that excel in storytelling. Created by John Milius, William J. MacDonald, and Bruno Heller, Rome tells the story of two soldiers named Lucius Vorenus and Titus Pullo, who find their lives intertwined with key historical events. The show was released to critical acclaim and won several awards and nominations in its two-season run.

The show was a highly influential one and made HBO realize that putting huge loads of money in good material works, and many people still believe that without Rome, there wouldn’t be Game of Thrones. 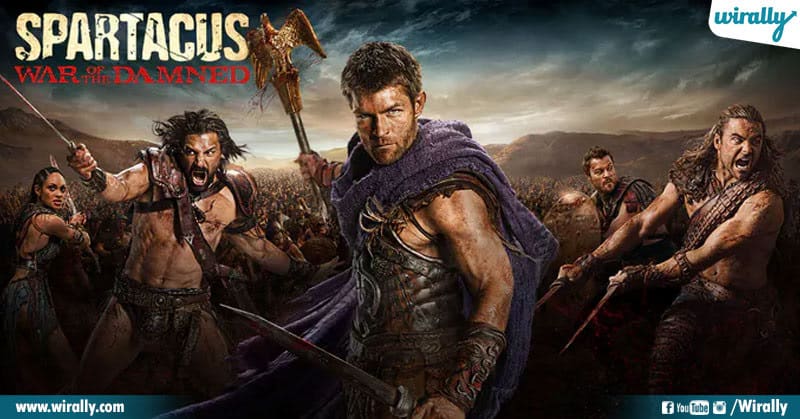 Spartacus has everything you’d want in a Tv show; Great action, clever narrative, interesting characters and lots of drama and violence.

This American historical drama tells the life story of the famous gladiator Spartacus, who led a rebellion against the Romans. Though the show starts dull, the story quickly grows on you and is full of clever twists and unexpected outcomes.

The show is extremely violent and brutal and has a lot of nudity in it, so keep that in mind while watching it. (But you like Game Of Thrones, so you shouldn’t have much of a problem there).

If you are someone who loves fights, blood, brutality, blood, swearing, and assassinations, then you are going to love Spartacus. 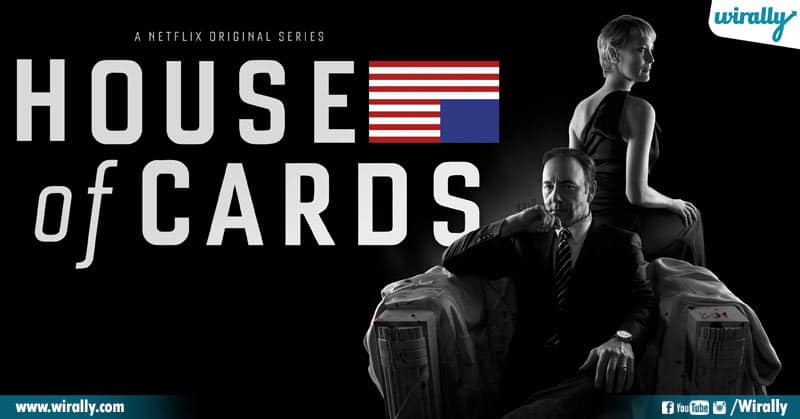 Based on the novel of the same name by Michael Dobbs, House of Cards is a political thriller web television series created by Beau Willimon.

IT tells the story of Frank Underwood, who is newly appointed as the secretary of state, and his wife Claire Underwood, as they set out to seek revenge on the people who betrayed him. Though the show does not have a fantasy setting or long fought battles like Game of Thrones, what it has is a thrilling political story, full of twists and betrayals.

House of Cards is a serious political drama full of sharp writing and compelling conspiracies. If your favourite part about the Game of Thrones series was the Political intrigue, then House Of Cards is a series that you’re surely going to enjoy. 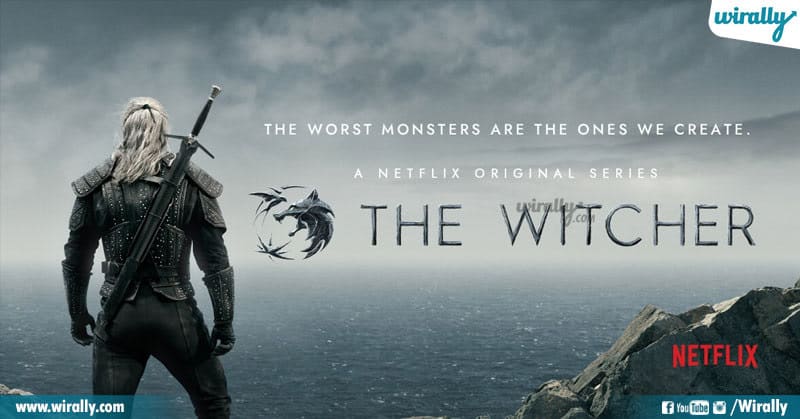 Based on the popular book series of the same name by Polish writer Andrzej Sapkowski, The Witcher tells the tale of the legendary monster hunter Geralt who struggles to find his place in the world.

If you love a good fantasy, then there is nothing better than a world full of monsters, witches, mages and Witchers. Henry Cavil in his portrayal of Geralt of Rivia just knocks it out of the park and delivers a matured performance fitting the butcher of blaviken.

The action sequences and the fight choreography are a treat for the eyes, and though the series suffers a little from a bad casting of supporting characters, and an average story, things are only looking up for the series, with a second season on the horizon.