Taking inspiration from here and there is common in our country, with films being remade from one language to another.

In the phase from 1997 – 2003, Pawan Kalyan was going through a golden patch. It is hardly surprising that Bollywood would try to remake his films. Sadly, they forgot to take into consideration the most important aspect of a Pawan Kalyan film – Pawan Kalyan himself.

For four years, Bollywood desperately tried to remake PK’s films, but failed miserably. Firstly, the choice of actors was ghastly. Secondly, they didn’t have the charisma to pull off a role that PK did, and thirdly, all the films seemed like cheap, pirated versions of the original films.

Here’s a look at the terrible films: 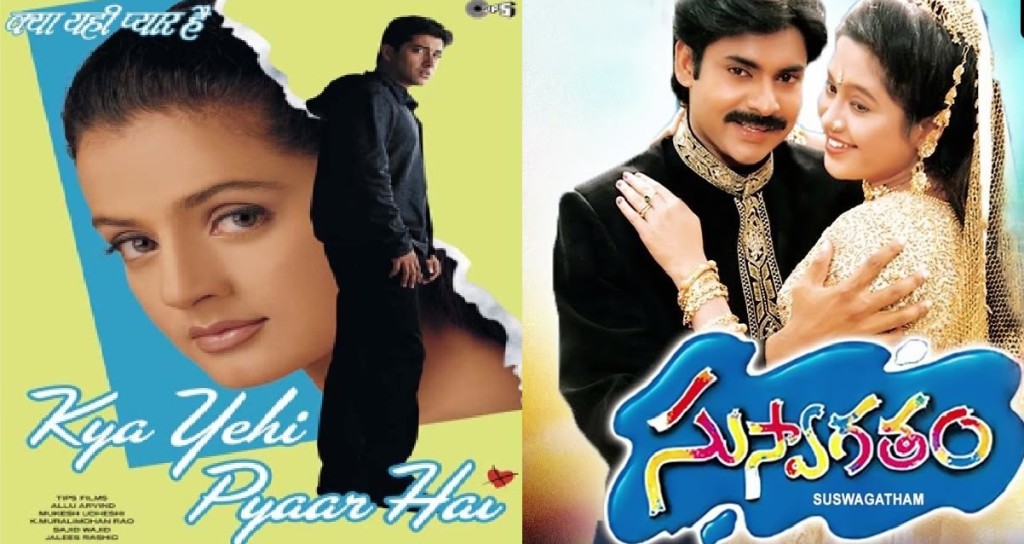 Even though the original film is in Tamil (Love Today), it was PK’s version that was immortalized on the screen. In the Hindi version, they got in Aftab ‘Expressionless’ Shivdasani as the lead. Co-starring with Amisha Patel, who had won the attention of the country with her, ahem, booming talent. The ever dependable Raghuvaran is replaced by the very stoned Jackie Shroff, and the music is by Sajid Wajid. Kya Yehi Pyar Hai had the audience storming out of the halls asking, ‘Kya yehi cinema hai?’
IMDB rating – 3.7 v/s 6.7 (Original) 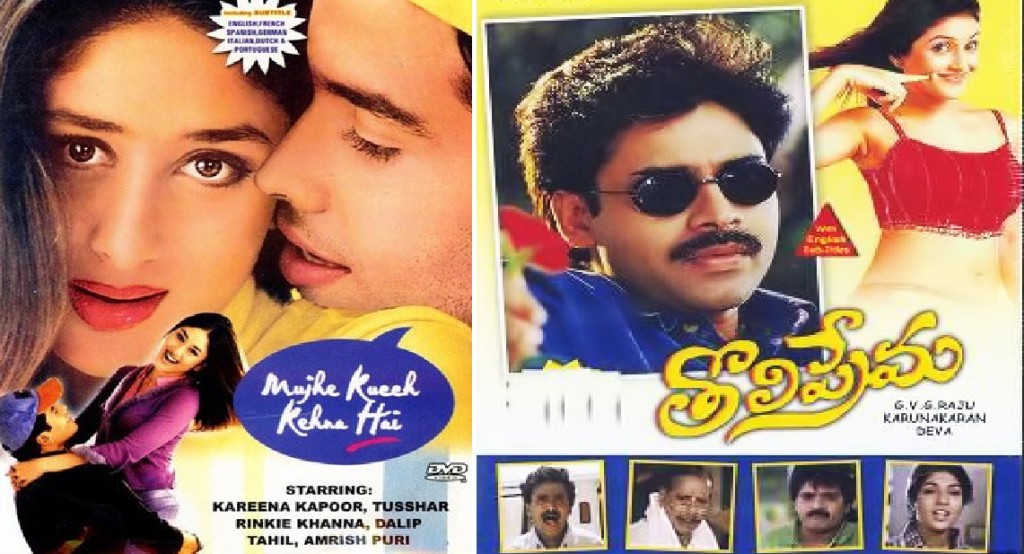 Directed by Satish Kaushik, this was a remake of PK’s Tholi Prema, and for the love of God, why would you choose Tusshar Kapoor to play Pawan Kalyan? Are you bloody kidding me?

It was his debut, and Kareena’s second film. The film had annoying songs, thanks to Anu Malik, with every song sounding like a female Anu Malik sang them. Even though the film was a hit at the box office, it is hardly remembered as a classic today. And when it plays on the TV, you’d gladly switch the channel to DD News.
IMDB Rating – 5.2 v/s 7.9 (Original) 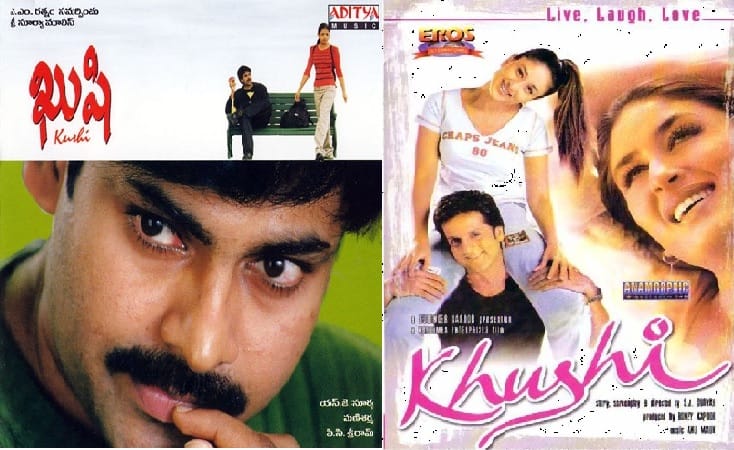 Perhaps PK’s biggest hit of the time, Kushi changed the game once and for all. Quite obviously, our friends at Bollywood decided to have a go at it. And yet again, they chose an actor with a range of expressions as diverse as a blackboard – Fardeen Khan.

The sad part is Fardeen Khan is trying to ape Pawan Kalyan all through the film. Expressions, voice modulations, dance steps – everything. Directed by S.J. Surya, this film also features songs by Anu Malik where everybody sounds like Anu Malik on crack. The only reason this film was in the news was because of the costliest song of the time – Haye Re, Haye Re. 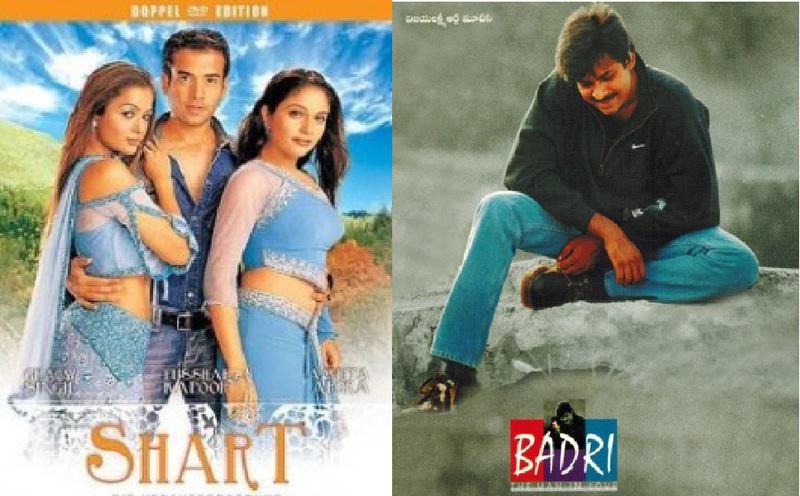 Yet another PK film with Tusshar Kapoor in it, I don’t know what Puri Jagannadh was smoking those days – he directed the remake too.

Shart – The Challenge was shot in the time when most films had names like ‘Film – The Picture’. Co-starring Amrita Arora and Gracy Singh, Tusshar Kapoor carries the film with as much screen presence as an anteater. Yet another curse to the film was the music, by (who else, but the man himself) Anu Malik. Just check out the ‘I am an Indian’ song, and you’ll see for yourself how terrible the film looks and sounds.
IMDB Rating – 5.1 v/s 6.8 (Original)

So there you have it, from 2001 to 2004, Bollywood tried to remake Pawan Kalyan’s films, and all the four times, the films fared terribly. Just goes to prove that you can’t simply take a PK story, songs and screenplay, and create the magic.

You need the man himself!