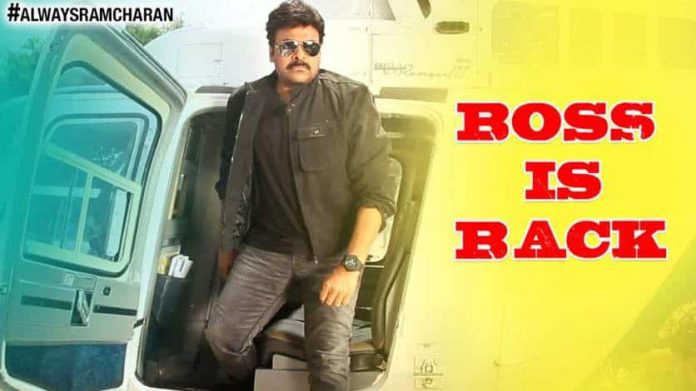 We watch a movie for entertainment. As an audience, we always want something exciting and majestic on the screen. Or something that moves us emotionally, though we can do nothing about it. Bruce Lee fits somewhere in between, except that one moment when Mega Star (playing himself) comes on the screen.

Karthik (Charan) sacrifices his school seat for his sister (Kriti) as she has immense interest in pursuing good education, since his father (Rao Ramesh) has the capacity to give quality education to only one child. From there on, Karthik does anything for his family and their ambitions. He grows up to be a stuntman (Bruce Lee) while helping his father unknowingly in making his sister an IAS officer.

At every stage he clears obstacles in her path. Just when its time to get her married, things get complicated. Then its all about how Bruce Lee – The fighter, fights the path making it smooth for his sister and ends up giving a treat to his girlfriend Riya (Rakul) and us, audience by calling Mega Star himself for help.

An ‘Original Story’ by Sreenu Vaitla as mentioned in the title credits just seems exciting when one reads, but not further. Charan as Bruce Lee was decent in all departments (he anyways didn’t try much comedy, safe!). His efforts in dance, fights did show. But, the screenplay itself was not that gripping to keep you engaged. The teasing yet loving relation between the father and son was the only impressive bit about the movie. The rest of the cast were just supportive.

* Coming out of a debacle called Aagadu, Sreenu seemed to pick a ‘very safe’ script which would satisfy fans and himself. Except Chiru’s appearance at the end, I must say Sreenu didn’t live up to the mark. Come on, people expect from him!

* Brahmaji is briliant in sparks, but vanishes after that. Brahmanandam was ineffective. Saptagiri to an extent was decent.

The film started on a high note and gradually faded as Bruce Lee was beating everyone black and blue, just when you feel you are done watching the movie, there lands Chiru! You forget what the story was, you don’t mind if the Hero will succeed or not, Chiru just steals the scene with his presence and makes you re-live some moments you watched him on screen last.

Telugu cinema is primarily known for its commercial elements. Bruce Lee is just one among them. Don’t expect much, don’t try to be a critic from the titles, Bruce Lee is ‘just’ watchable. Don’t be stunned if you forget the story after you are leave the hall, Chiru’s entry just did that to me.

We need masala movies, they are mainstream. Agreed! But, before we give our criticism of ‘routine stuff’, how far are we ready for something experimental??

Tell the makers of Bruce Lee, I am pretty sure they would love to make experimental movies!