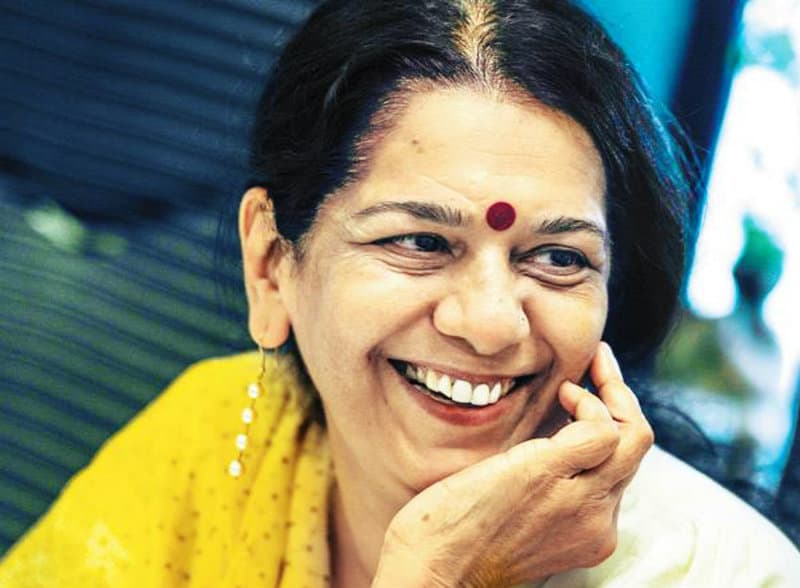 Born and brought up in a middle class family in Palghar, Thane, she presently resides in Shivaji Park and holds an admirable position in society. She has to her credit over 7,000 cases that she has successfully cracked.

She has posed as a servant and worked for six months at the residence of an accused, to solve a murder case successfully.

Pandit, whose father Shantaram Pandit was a sub-inspector in the criminal investigation department, has been brought up in Dadar. She graduated from Ruparel College in Matunga in Marathi literature.

Talking about the curiosity that motivated her into taking up this profession, she says: “It all happened during those days when I was busy with my studies in college. One day, I found one of my classmates acting in a suspicious manner. She was going with a group of eight or nine boys. I chased her and when she went in a hotel with the boys, I came to know that she was trapped in the business of prostitution. I informed her parents, who initially did not accept it, but later thanked me for informing them. It was they who suggested that I become a detective.” Pandit solved her first case in 1983.

The 20-year odyssey has given her new dimensions to investigate her cases and look at them from all angles.

She believes: “No qualification is required to be a detective. It requires concentration, hard work, struggle, in-depth knowledge and dedication towards the profession.” Pandit runs a private detective agency under the banner of Rajni Investigative Bureau, and has a staff of eight members, including three women.

The staffers are paid based on the number of cases they solve.
Every staff member is provided with a mobile phone so they can keep in touch with her and give her minute-by-minute updates regarding the case on which they are working.

Pandit is single. She says: “I love my profession and if I get married, then I will be divided between family and profession. Therefore, I do not want to get married as I want to help society and investigate the hidden aspects in a person’s life.”

Talking about her sensational cases so far, Pandit says: “A 45-year-old woman had given supari to kill her son as she had an extra marital affair and her son objected to it. She planned to eliminate him. It was also reported that she was behind the mysterious killing of her husband. I was given the task to find out who her lover was. I worked as a servant in her home for six months. One day, I saw him and recorded their conversation, but I couldn’t get chance to inform my clients. But after a week, when the killer came at night, I got a chance and informed her relatives. They came and arrested the accused.”

In another case, she acted like a lunatic at Juhu beach to listen to what two executives of a multi-national company were talking about.
The company had given her the job of finding out if the two men were involved in a financial scam.

The job was done successfully. Presently, Pandit has five multi-national companies as her permanent clients. Daily, she meets with different clients at her office located at Shivaji Park.
Pandit has helped the Mumbai police in the past. She mostly deals with family affairs, where couples have problems with somebody or are trapped in allegations, extra-marital affairs, two marriages etc.
She has written two books based on her experiences.The two books are Face Behind Face and Mayajal. The two books have won eight awards so far.

11 Things That You Can Relate To During The Monsoon Season

Types Of People We All Meet At Indian Weddings