After the team was founded by Sachin Tendulkar and PRasad V Putluri in 2014, PVP later sold his rights to Chiranjeevi and Nararjuna. Sachin Tendulkar, introduced the new co-owners to Kerala Chief Minister Pinarayi Vijayan at the latter’s office on Wednesday morning. The former India cricket captain said he and the co-owners have agreed to the state government’s request to set up a residential football academy to groom young football stars.

Sachin took twitter to confirm this and instantly became the talk on social media.

The #yellowmeinkhelo selfie with new co-owners. A warm welcome to the football crazy world of @KBFCOfficial pic.twitter.com/jak1H39LED

“We are beginning our third season in right earnest and have some of the biggest names coming on board as investors in Kerala Blasters. I welcome Chiranjeevi, Nagarjuna, Allu Arvind and Prasad to this exciting experience which is made more special with the faith and unique place that Kerala Blasters holds in the hearts of millions of its followers,” Sachin Tendulkar said.

With the Telugu superstars now venturing into the Football franchise, the Telugu states now have another reason to watch the Indian Super League. We wish the new owners of Kerala Blasters all the very best!! 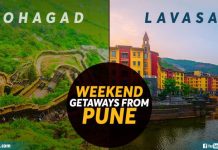 These Heartful Lyrical Quotes of athreya proves why he is called...

These songs sung by S.P. Balu and S. Janaki together will...

This Hearfelt Note About The Most Underrated Craft In Cinema Is...

Love Masked As Hate? When Society And Families Define Our Love..!!

Brahmaji The Actor We See In Almost Every Movie & Who...

These Heartful Lyrical Quotes of athreya proves why he is called...

These songs sung by S.P. Balu and S. Janaki together will... 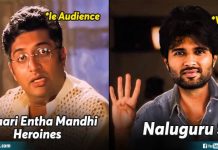