What Is Coronavirus? Everything You Need To Know About This Deadly Virus

With over 140 thousand confirmed cases and over 5000 deaths across 78 countries, Coronavirus or Covid-19 has caused a major concern all around the world, The World Health Organization (WHO) has declared a global health emergency over this epidemic. The Covid-19 death toll has already surpassed the Severe Acute Respiratory Syndrome (SARS) epidemic that occurred in 2002 and 2003.

Officials believe that the Covid-19 can become a pandemic, and with new cases being reported in different countries, it looks highly possible, several safety measures have been implemented by authorities to contain the virus, like travel restrictions, hygiene and keeping the affected people in quarantine. We have collected all the information that you need to know about this virus and the safety precautions you need to take to prevent it.

What is Coronavirus? How did it start? 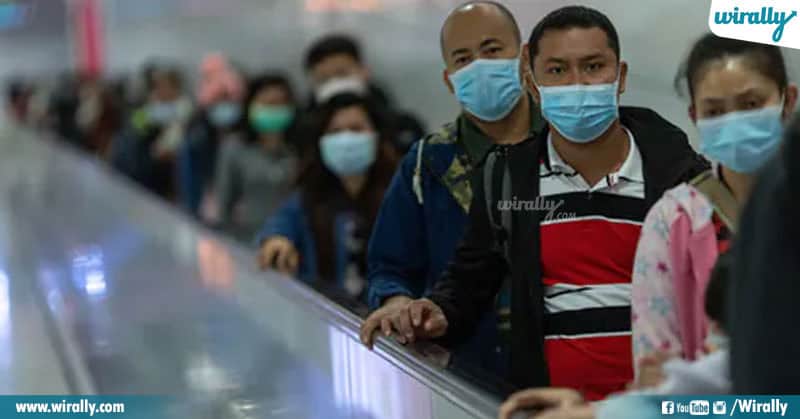 According to the World Health Organization, coronaviruses (CoV) are a large family of viruses that can cause deadly diseases to animals birds or humans, the symptoms range from the common cold to mild respiratory illnesses.

The reason why this has become such a huge concern is that this type of Corona Virus has never been identified in humans before, several theories believe that just like SARS and MERS, Covid-19 has been transmitted from an animal species to humans and then started spreading rapidly among humans.

The illness was first detected in Wuhan, China and has now spread in over 78 countries. Many theories suggest that the virus was transferred from an animal to human, this is because of the large seafood and animal market that is present in China, Most of the people who were first infected had been to the market, which has since been shut down.

Several other cases of people being infected have come out, who were not sure how they got infected, suggesting person to person spread of the virus. The person to person transmission has since only risen in China with over 80,409 confirmed cases and more than 2000 deaths, China remains to be the worst to be hit with this epidemic. 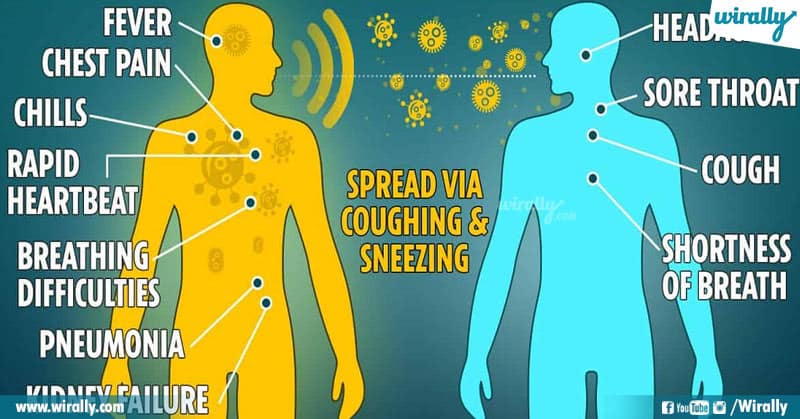 According to the World Health Organization, The Symptoms of Coronavirus include fever, cough, shortness of breath and breathing difficulties, there are other severe symptoms also, like Pneumonia and kidney failure.

Once the virus enters the body of a person, symptoms are said to develop in an average of 5 days, however, this varies from person to person, in some cases, it can extend up to 25 days, experts say that these people have a lower chance of spreading the disease, and The virus damages the lungs severely, which can cause ARDS (Acute Respiratory Distress Syndrome) this causes inflammation in the lungs, and the fluids build up around and in the lungs, causing the body to go through Septic Shock which happens when the blood pressure drops dramatically and the body’s organs stop receiving oxygen, these are the main causes of death for people who suffer from Covid-19.

How does Coronavirus spread? 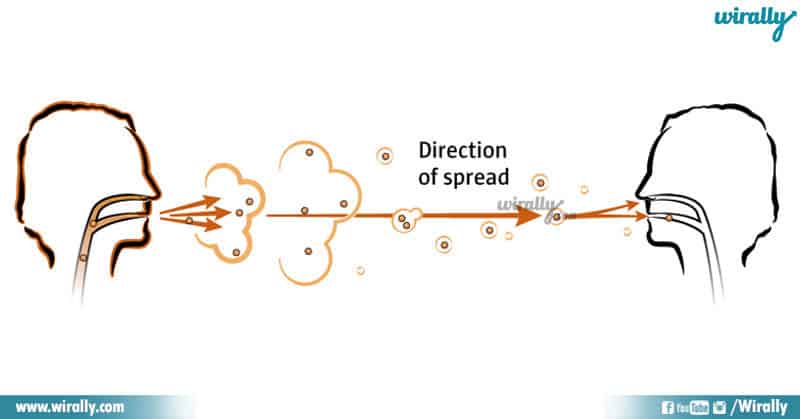 The main cause for the widespread of the virus is person to person transmission, the virus can be transmitted between people who are in close contact with each other (for about 6 feet) this is because respiratory droplets are produced when an infected person coughs or sneezes causing them to land on the mouths or noses of the people who are nearby, the droplets are then possibly inhaled into the lungs, thus causing the virus.

The Covid-19 can also be spread by touching infected surfaces or objects that have the virus present on them, and then touching your mouth, nose, or eyes. There has also been a case of the virus being transferred from one apartment to another, this happened due to the faulty drainage system, which allowed the virus to move from one apartment to the other on to the sinks and toilets.

How bad is the situation? 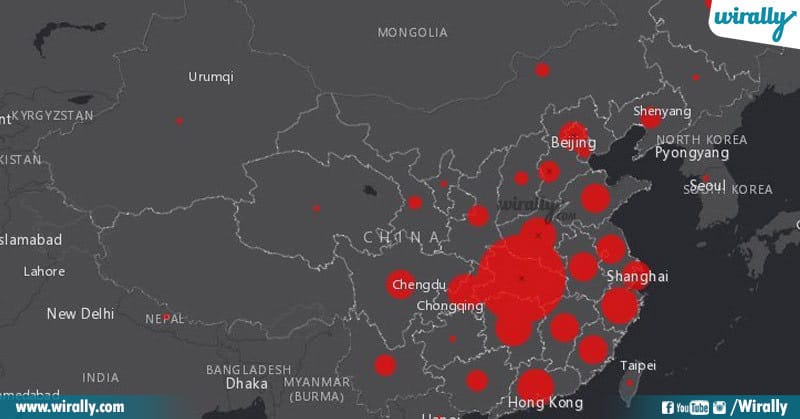 Though the virus is spreading rapidly, all across the globe, the situation is not that bad as it seems, Globally, more than 148,595 people have been diagnosed with COVID-19, but the vast majority of them have occurred in China where the virus originated.

According to the World Health Organization 80,565 people in China have been infected with the virus out of which, many have even recovered. Out of the 148,595 cases that have been confirmed, over 73 thousand cases have been closed, out of which 73,706 were discharged and have since recovered, and there have been 5,547 deaths, which puts the mortality rate at 6 per cent if you compare it with the other major virus outbreaks, the mortality rate is low, for example, the Severe Acute Respiratory Syndrome (SARS) in 2002 resulted in 8,098 cases and 774 deaths, bringing the mortality rate to 9.6 per cent.

How many cases have been reported? 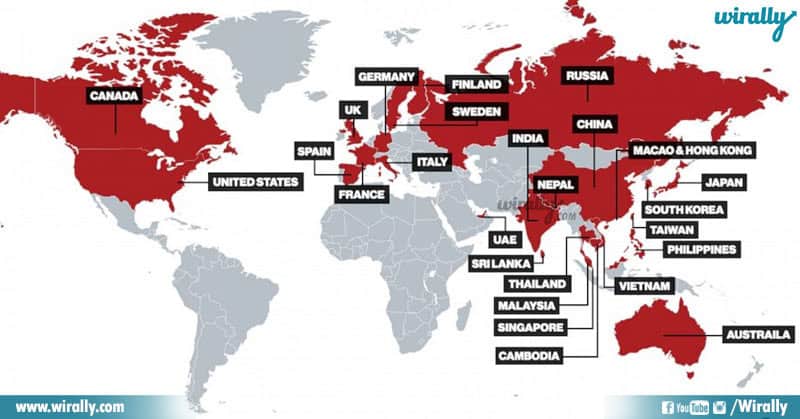 How can I prevent Coronavirus? 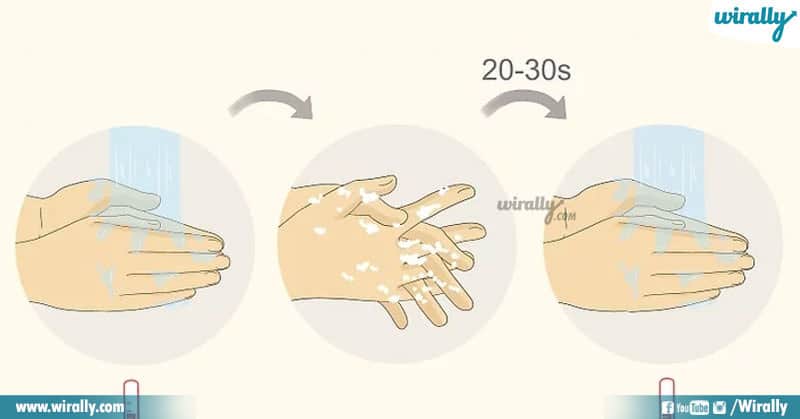 As currently there is no vaccine available now to protect you against this virus, the only thing that you can do is take precautions, Coronaviruses don’t spread over long distances through the air, it’s estimated that the viruses can approximately travel up to 3 feet in the air from one person to another, this happens when an infected person sneezes or coughs, the virus travels in the form of droplets and infect the others around.

According to the World Health Organisation, The Covid-19 virus can survive upto 48 hours, so the precautions that you can take to protect yourself against this virus are:- 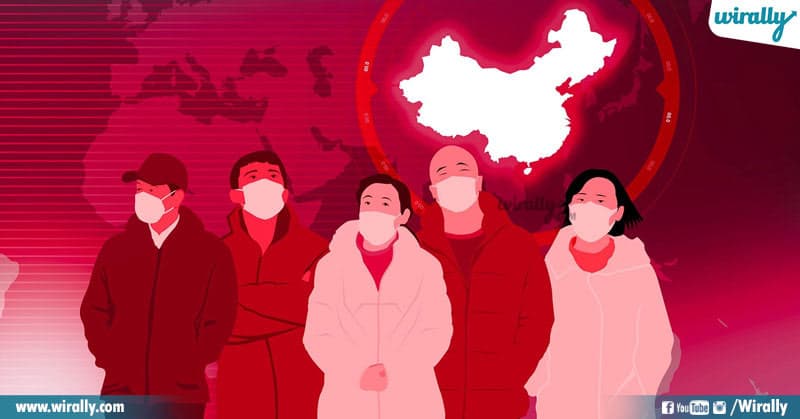 What you Shouldn’t Do

Experts have stated that the Covid-19 is not as deadly as other Coronaviruses, and people have overreacted to the outbreak, Stores are selling out of groceries, hand sanitizer, and face masks, even though wearing surgical masks won’t keep you from getting the virus, Even the CDA does not recommend use of surgical masks in areas that are not highly infected, the masks that are being worn by the people won’t save you from getting the disease, only a medical respirator or an N95 mask will, The CDC says that these masks should be used by medical professionals that are dealing with the infected patients, not everyone.

People have panicked a little too much, as the grocery stores are full of long lines and empty shelves, people have started storing groceries incase the disease starts spreading wildly, Stores have also run out of masks and hand sanitizers, showing that maybe people have overreacted, and yes, you can still buy the Corona Beer, it does not cause Covid-19, you might think of it as a no brainer, but since the outbreak of the virus, the company has seen a loss of $170 million.

Also, the reported mortality rate is dramatically lower in young people. If you are under the age of 30, you can probably relax a bit. People above the age of 70 or those who suffer from chronic diseases might have a little something to worry about, as the mortality rate is 8-15 %.
Many Chinese Businesses like Chinese restaurants have taken huge losses because of the outbreak, it is reported that Chinese businesses have seen a 50-80 per cent drop in turnover.

Many businesses have been forced to shut down as people are afraid that eating Chinese food can cause Covid-19, many people have also stopped consuming meat and seafood as the virus spreads from animals to humans, what you need to understand is that nothing has been confirmed and as of now, it is completely safe to eat meat and seafood as there have been no signs that show the link between the virus and meat. 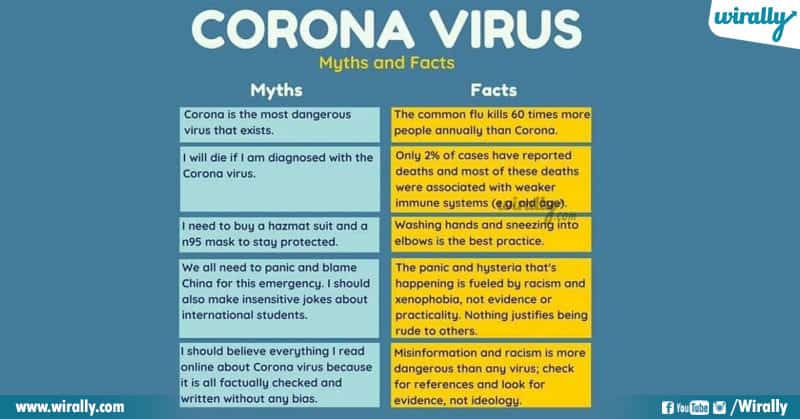 As the Coronavirus epidemic is spreading widely and rapidly, it has given rise to several superstitions and fake news, there’s so much incorrect information floating around the internet which are full of conspiracy theories and false claims, that it can be easy to get caught up and trust the wrong information, the situation has gotten so bad, that the World Health Organization has declared an infodemic (an excessive amount of information concerning a problem such that the solution is made more difficult) Several myths are present on both the internet and mainstream outlets, leaving everyone in a state of confusion, With WhatsApp forwards being the main source of misinformation, we have listed down all the myths and misconceptions about the Coronavirus

Coronavirus Is A Bioweapon 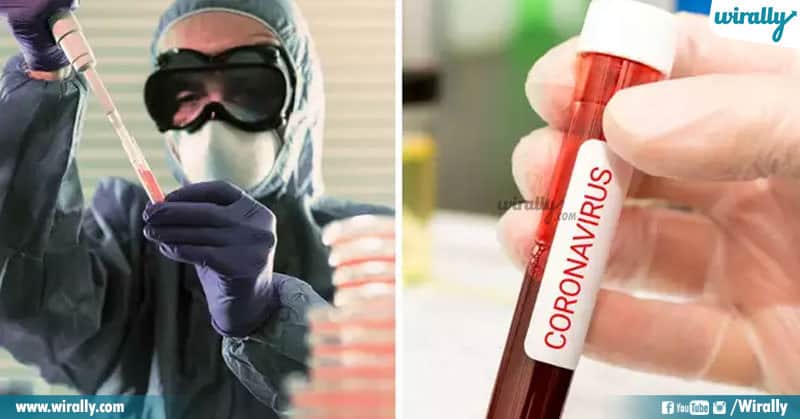 A popular theory floating around the internet with no proper evidence is that Coronavirus is man-made, and had been created in a lab, the theory further says that a Chinese lab had been secretly working on a bioweapon and it leaked causing the epidemic, Scientists in both China and all around the world have dismissed these theories, but that hasn’t stopped them from spreading.

Experts still don’t the exact cause of the virus but most of the research points that the virus was transmitted from Bats to Humans, and then spread due to person to person transmission. 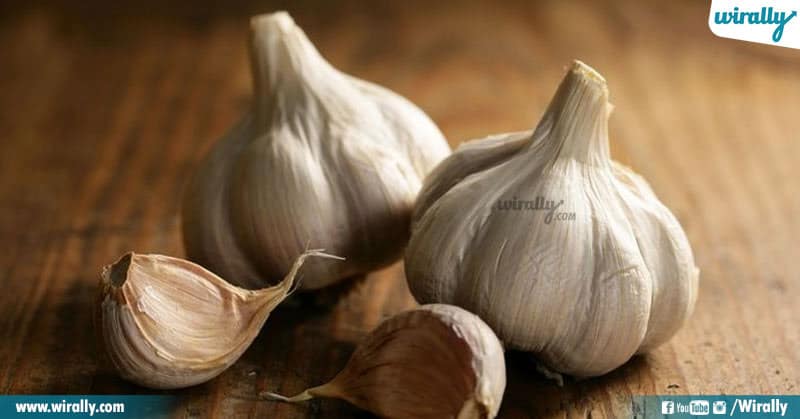 As of now, there is no cure for Coronavirus, but that has not stopped the internet from putting out remedies and cure for the virus, many social media posts make you believe that eating garlic can cure the virus, other remedies like drinking water every 15 minutes, putting sesame oil on your body and even drinking bleach have surfaced online.

All of these remedies except drinking bleach are good for your health, but they don’t cure Coronavirus, some chemical disinfects might kill the viruses on surfaces, but once the virus is inside your body, they are not going to work, doing things like consuming chemical disinfects can be very dangerous for you and can have a reverse effect on your health. 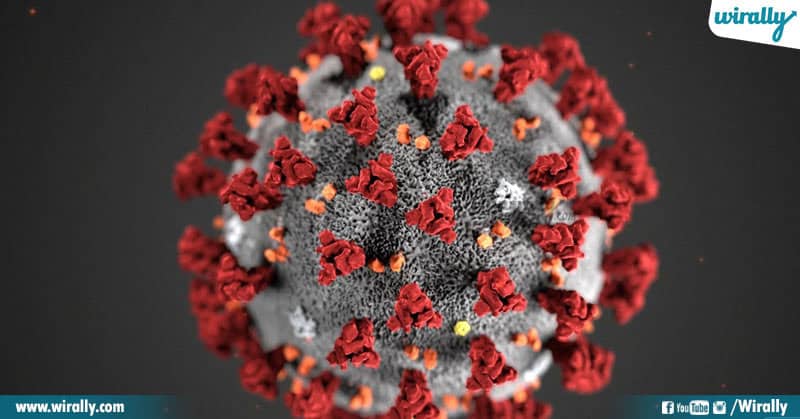 A current theory says that the virus cannot live in hot environments and temperatures as the heat kills the virus, suggesting that summer can bring the end of the virus, Sadly that’s not true, according to the World Health Organization, there’s no confirmation that heat can kill the virus, and there is no way to know this as of now, the only thing that you can do to keep yourself safe, is to take safety precautions.

Also Read: 10 Places to Visit before you Die