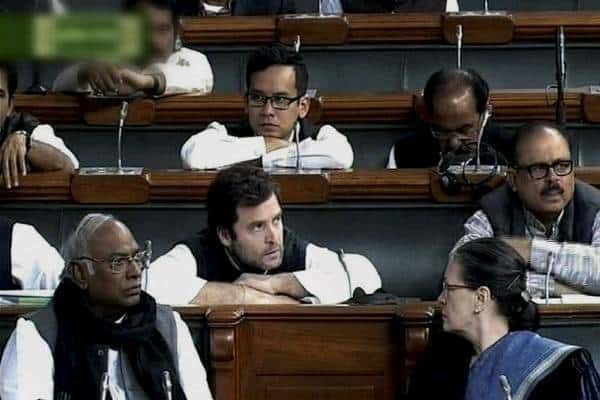 It’s difficult to write an article about the Parliament’s proceedings, because how can you type when your hand is pointed at the TV showing Congress leaders while you’re mouthing expletives. Don’t be surprised if people start mistaking the Parliament for a Test match in England, considering how the proceedings for the monsoon session have been washed out.

Three weeks of the Monsoon session have gone down the drain, just like the portion of the road outside Bandra station, and the passage of important bills like the GST has been stalled by the Opposition. It doesn’t end there. The Land Acquisition Bill, which sounds like an adaptation of Robert Vadra’s travelogues, is also a bone of contention.

Matters seem to have gone out of hand, so much so that it’s no longer clear whether your call connected to your friends who are taking forever to come over for the weed party, or an MP. Everyone is saying the same thing: “Hum log-jam main phase hue hain???. 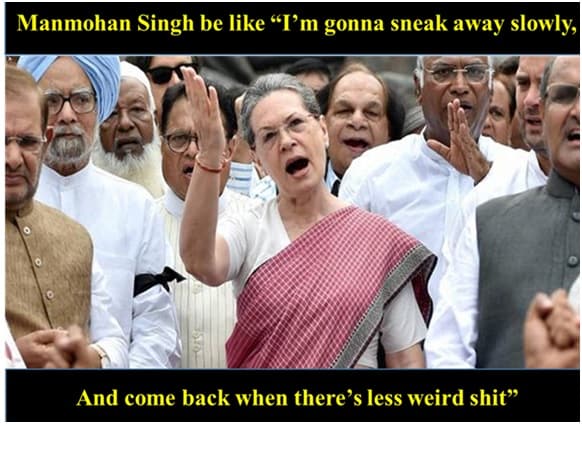 The main argument being presented for the continued disruption, apart from the GST and Land Acquisition bill, concerns Lalit Modi and his relations with the Swaraj family. A lot of mud-slinging has happened over the past few months after Lalit Modi started tweeting about the favours he’s done for a lot of people, including, but not limited to, members of the Gandhi as well as Swaraj family.

The tweets are scandalous, not so much for the revelations but for the indiscriminate use of emoticons. A congress leader also alleged that Mayawati is involved in all this somehow because e-moti-kaun? It’s rumoured that out of respect, the Prime Minister calls Lalit Modi emoji.

Here’s a snippet that pretty much summarizes the proceedings in the Indian parliament these days:

The Congress party claims that the GST was originally authored by the Congress party, but the BJP opposed it when UPA was in power. The BJP refutes that argument, saying that no one has heard of a Congress politician who can write.

Another argument put forth by the Congress party is that the Prime Minister is responsible for the logjam since he hasn’t involved the opposition in meaningful dialogue. That’s the worst possible usage of the phrase “meaningful dialogue???, since the sentence also has ‘Congress Party’ in it.

It’s like how little kids behave. They create nuisance and start crying to avert the blame on to the sibling. Such kids grow up to become assholes.

Meanwhile, Samajwadi Party came out as an unlikely ally of the BJP when it refuted Congress party’s argument, saying that the Prime Minister is highly irresponsible, so how could he possibly be responsible for the logjam?

I’m not saying that the Congress party‘s actions are shady, but every time the Congress party charges anyone of corruption, Jayalalitha’s weight decreases by a few pounds. The veracity of the Congress party’s reasoning behind enforcing such a logjam that has put Bangalore’s traffic to shame is questionable, because if Mulayam Singh Yadav issues a statement saying that he wants the logjam to end, then something’s clearly wrong. It’s like KRK lecturing you on propriety, or Ishant Sharma giving you tips on death bowling, or Radhe Maa advising you about your wardrobe.

Amidst all this, spare a thought for the Speaker Sumitra Mahajan. Who the hell named the position ‘Speaker’ when, considering the powers vested with the Chair, it clearly should’ve been ‘Squeaker’? It’s a blatant misnomer, like the Roshan in Rajesh Roshan in spite of his music.

Sumitra Mahajan suspended 25 MPs on disciplinary grounds, and made it clear that she has 6 more balls than PJ Kurien, Somnath Chatterjee, and Hamid Ansari combined. The suspension was protested against by the Congress party which argued that they had no idea what else an MP is supposed to do, while the BJP said Congress should protest Rahul Gandhi’s education instead.

Meanwhile, someone should initiate a petition on change.orgy to change the spelling of political. It should read politickle instead, keeping in mind a big joke that politics has become. 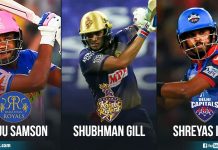 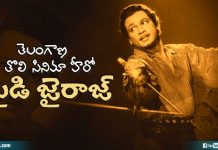 Here’s A Brief Note About Karimnagar’s Paidi Jairaj: The First Hero From Telugu State Who Ruled Bollywood For Decades 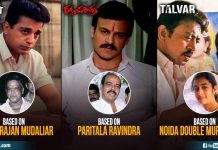 10 Must Watch Indian Movies Based On Real Life Gangsters &...