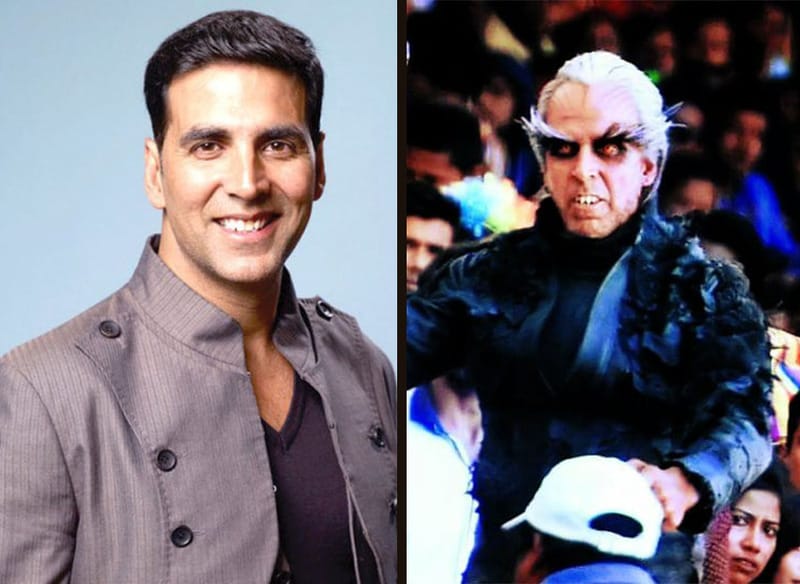 Akshay Kumar’s some jabraa fan tweeted what we can now confirm to be the stills from Shankar-Rajnikanth’s magnum epic Enthiran 2.0 ( Robo 2.0 ). And from the latest information, Akshay Kumar is playing the antogonist in the movie that is touted to be the costliest movie ever made out of India, with an approximate figure of 300 crores going into the production and visual effects.

In the still ( below ) we can see Akki in an horrendous costume with white and black feathers over his head and a feathery demenour. Explaining his look for the film the makers divulged some details about his charecter

” Akshay’s character in the film, named Dr Richard, is reportedly a scientist who turns into a crow”

So let’s check out how his ” Crow-Man” fares against our Maverick Enthiran..!! 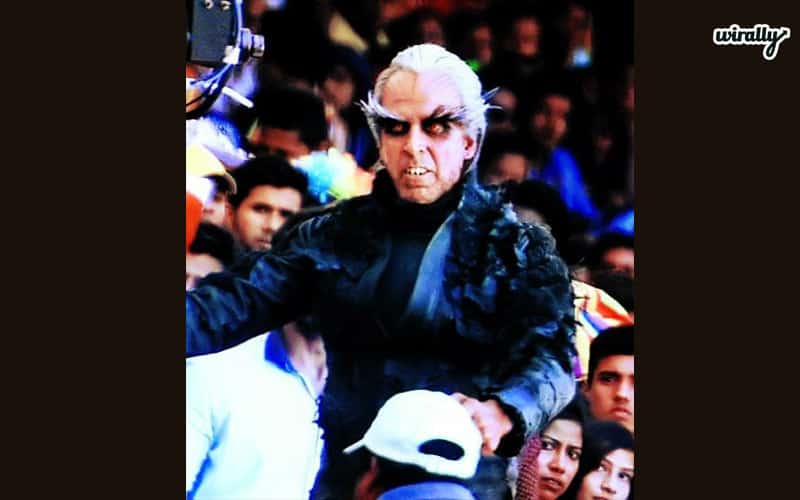 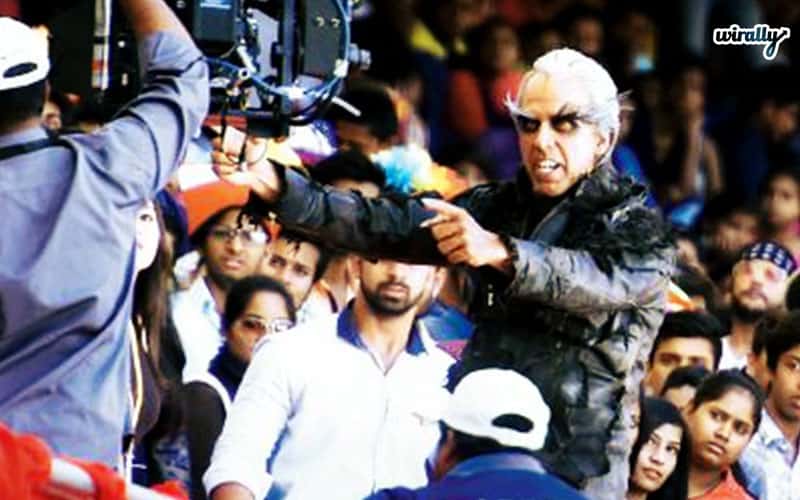 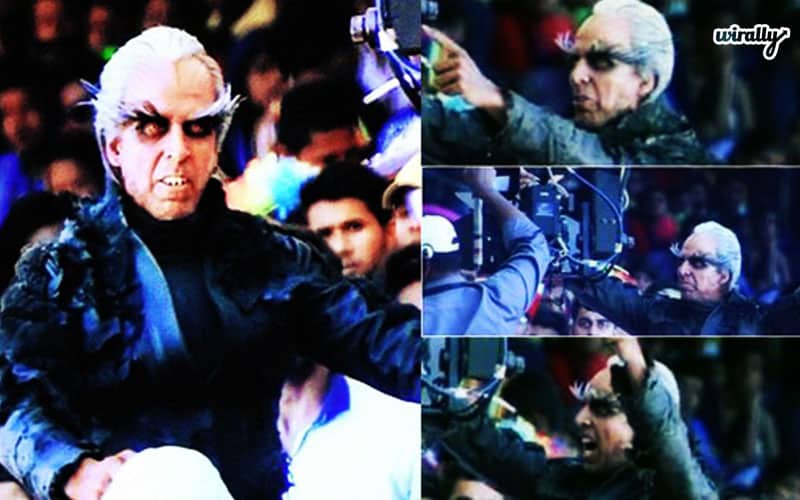 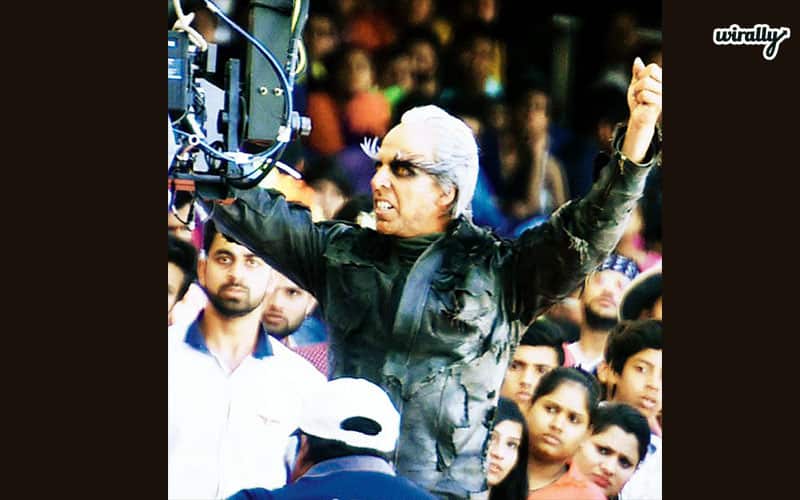