Ilayathalapathy Vijay has a strong fan following across the globe, thanks to his multifaceted talent. Right from the outstanding dialogue delivery to superb dance moves, comic timing to action packed roles, his versatility is what made Vijay click.

Always in the public eye with his blockbusters, his fans always look forward to knowing him more. Here are a few facts Vijay that you may not be aware of. 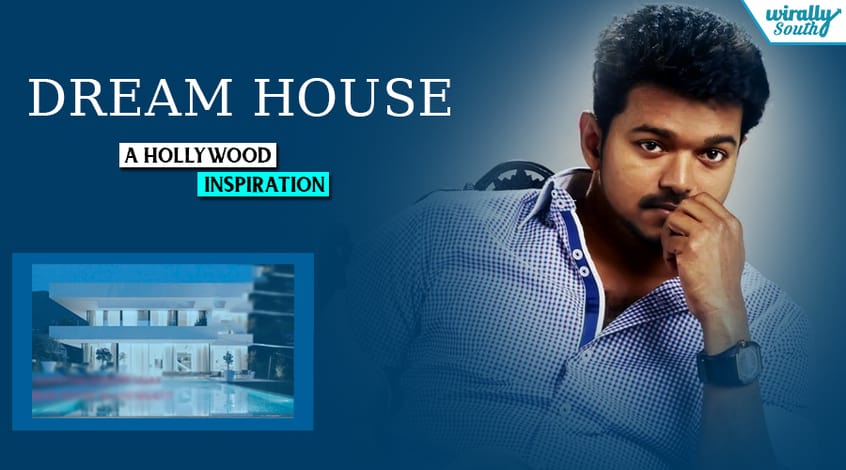 Vijay has a beautiful beach house in Neelangarai. The idea for this house cropped up in his mind when he saw actor Tom Cruise’s beach house on a trip to USA. He fell in love with the design of the house, took a picture of it and then got a similar one constructed for himself in India.

Expert in Walking on Hands 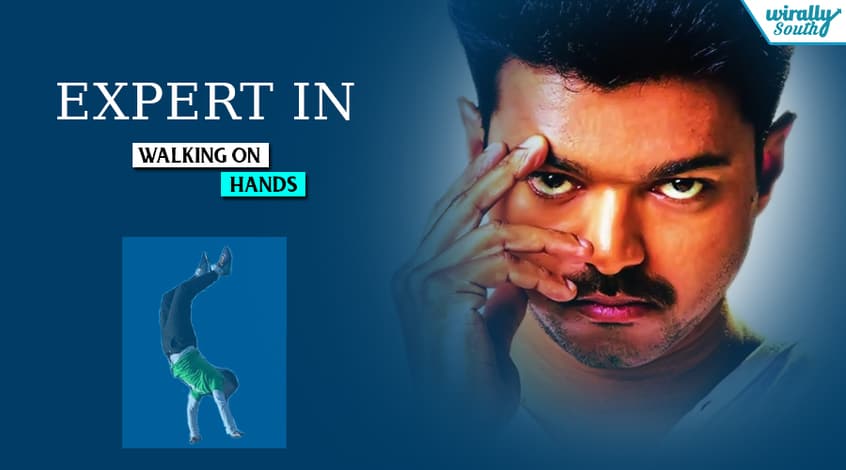 Vijay loved his sister very much and made her laugh by walking upside down. He was an expert in this. Once, he walked all the way from his house to school on his hands, thus wowing the bystanders.

Home Production Company – An Ode to his Sister 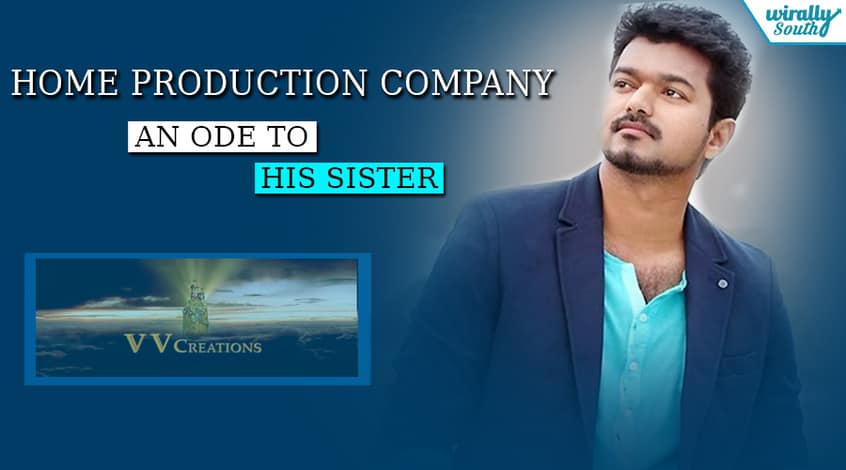 Ilayathalapathy’s sister Vidhya was an apple of his eye. He was shattered on her sudden demise at the tender age of 2. He was 9 at the time of her death. He continues to remember her and his production house V.V Creations stands for Vidhya- Vijay, displaying his never ending love for his deceased sibling. 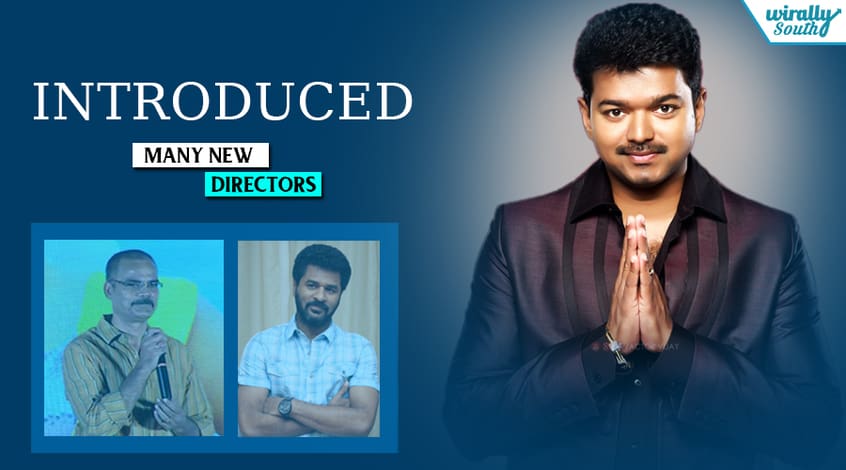 Over the years, Vijay has identified the hidden talents and introduced about 20 new directors into the Tamil film industry. 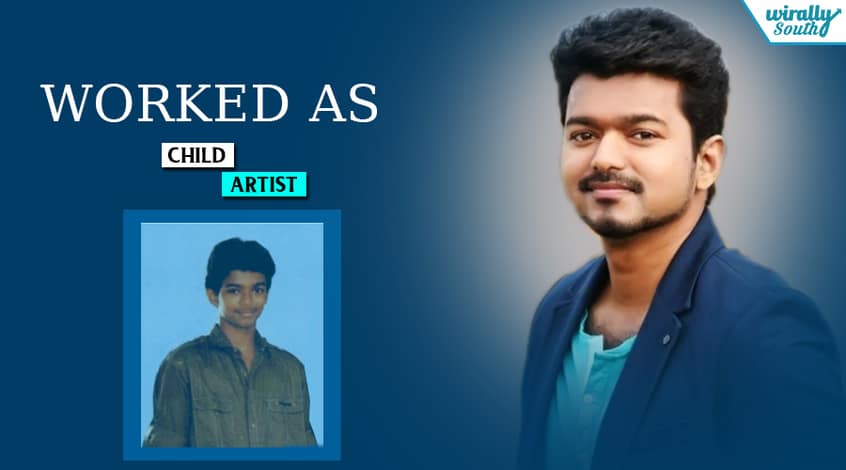 Being the son of established Tamil film director S. A. Chandrasekhar, Vijay was never far away from the limelight. He has worked in a number of Tamil movies as a child artist. Some of these movies are Vetri, Naan Sigappu Manithan, Sattam Oru Vilayaattu, Vasantha Ragam and Kudumbam. 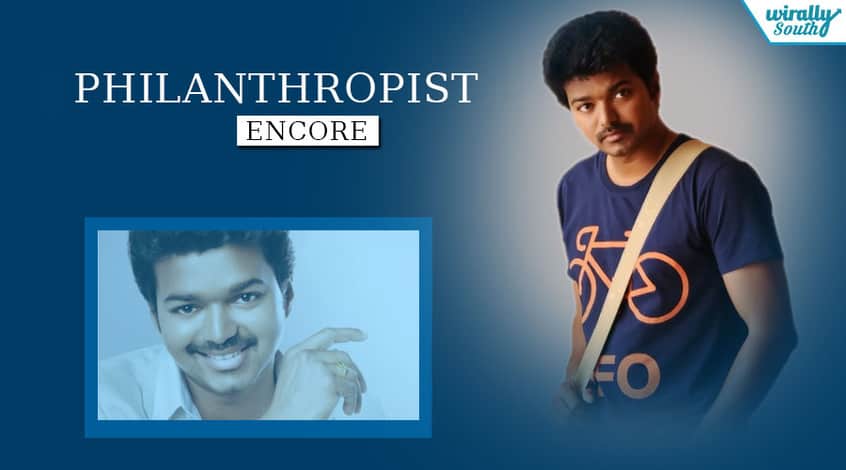 Ilayathalapathy is known for his outstanding service to the society. Every year, he distributes gold rings to new born babies on the occasion of his birthday. He also gives away books and stationery items to poor kids every year. 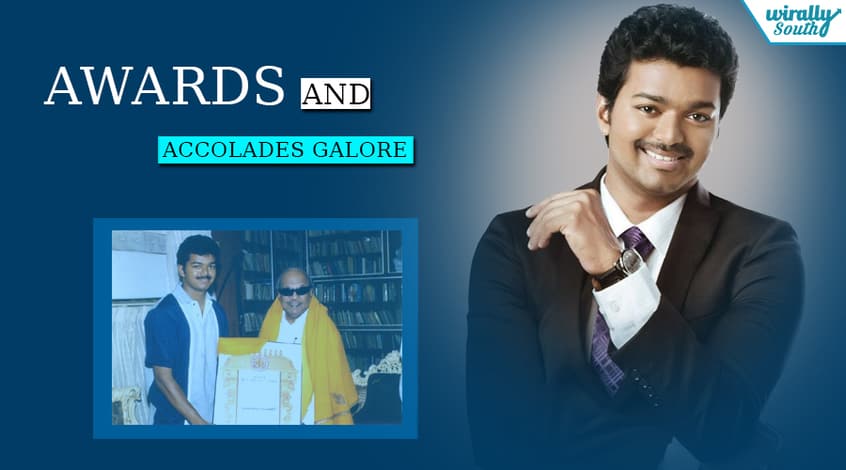 Looking at his contribution to the field of art, he was awarded the prestigious Kalaimaamani award by the Tamil Nadu State Government. He has also won 3 State awards for his outstanding performance in films and a doctorate for his contribution in Tamil cinema by the Dr. MGR Educational and Research Institute. 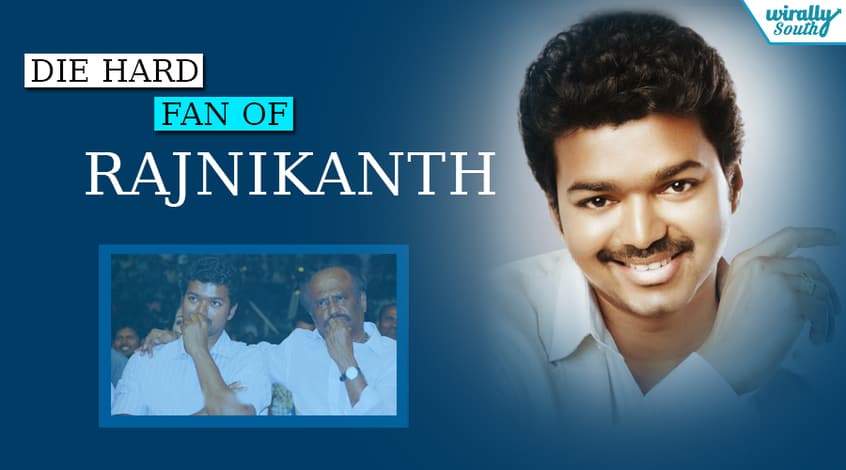 In spite of enjoying a huge fan following himself, Vijay is a diehard fan of superstar Rajnikanth. His admiration for the actor is what got him interested in movies in the first place.

Vijay is married to Sangeetha Sornalingam and has two kids named Sanjay and Divya. Every year he dishes out a string of super hits and his fans wait with bated breath for his films.