So after a long wait, here we have the glimpse of the most anticipated movie of this year, Superstar Mahesh Babu’s spy thriller ‘Spyder’. As the first look released on April 12th showed the stylish and ripped Mahesh holding a gun. And now with the glimpse of the film, it dropped hints of the thrilling and an advanced conceptualization which is making fans multiple reasons to look out for this Dussera.

The glimpse probably shows the lab of Mahesh who is playing the detective, where all his intellectual toys have a space. This film marks the first collaboration of Mahesh Babu with A.R.Murugadoss, who is directing the film. While Rakul Preet is acting as the female lead, prominent director and actor S.J.Suryah is playing the antagonist which is raising the expectation bar for the film. The movie is simultaneously made in Telugu and Tamil, and will also be released in Malayalam and Hindi. The movie has actors like Priyadarshi, Bharat, RJ Balaji and many more.

Visual genius Santosh Sivan is handling the camera and Sreekar Prasad is doing the edit for the film. Harris Jayraj is scoring the music for the film, and it’s his second venture with Mahesh after Sainikudu. The movie which was actually planned to release in this summer was postponed due to several additions and visual effects mastering. The post production of the film is going on in full swingand Makuta Studio, which has worked for the visual graphics for Bahubali is working to get the best output for this thriller. Produced by NVR Cinema, this movie is presented by Tagore Madhu, in association with Reliance Entertainment.

Watch the glimpse of ‘Spyder’ here: 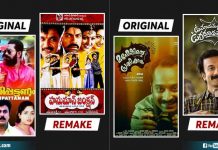 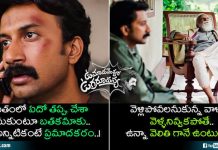