After receiving many leave applications, a notice signed by the company’s vice president was sent out. “On account of the release of superstar RAJINI’s movie “KABALI” we have decided to declare holiday on July 22, 2016 in efforts to avoid piled up leave requests to the HR department. We also take the privilege of going the extra mile to support anti-piracy by providing free tickets for the former to Fyndus employees”, read the notice. 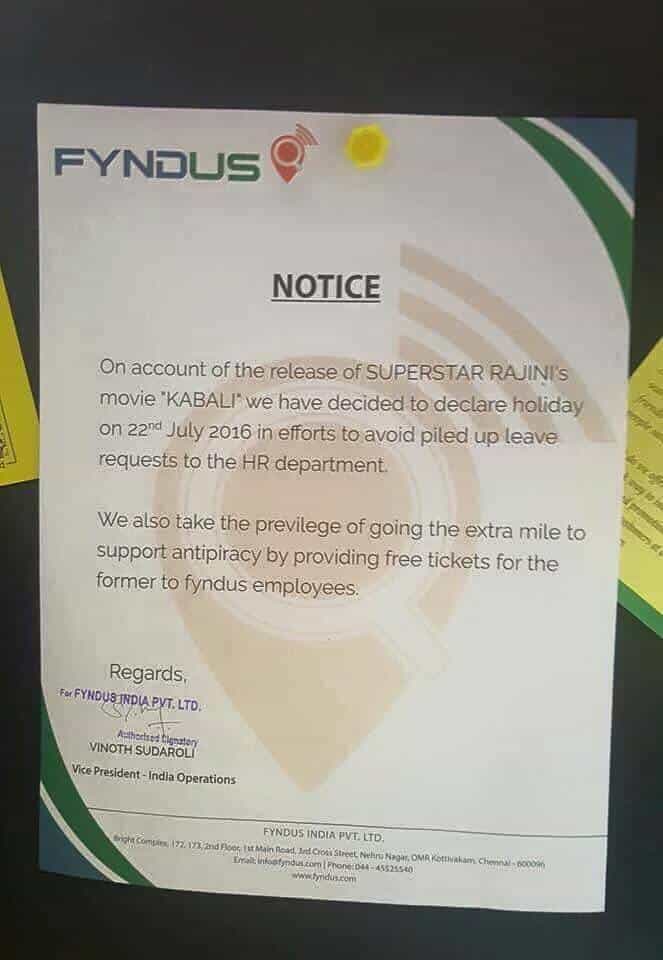 And Fyndus is not alone in this craze for Thalaivar’s next release, many employers are booking entire cinema halls for their employees. So, you see Lord Rajini’s new avatar has actually created a lot buzz and the madness has spread all over the nation. The movie will be releasing in Malaysia and China as well.

So gear up and be ready, KABALI DA!!