A unique club – Hyderabad Bicycling Club – started by a group of young enthusiasts has become a huge hit among the Hyderabadi youth.

“The bicycle is a curious vehicle. Its passenger is its engine,” said John Howard. True, the bicycle is the most civilized conveyance while other means of transport are getting nightmarish. Only the bicycle remains pure in heart, someone else rightly put.

But unfortunately bicycles are fast making a vanishing act in Hyderabad of late, a proof of citizens’ lack of insight. But then, seem thoughtful are the younger lots.

Out of sheer love of bicycle and nature, a group of youngsters formed the Hyderabad Bicycling Club and have been enjoying “great rides and meeting up with great people.” In their own words: “Who are we? We are a bunch of guys and girls, who have grouped together because of our love to bicycle. We enjoy group riding so that we can meet people, network, and have fun. Our members come from different parts of Hyderabad and Secunderabad. We host organized rides each Wednesday and Saturday morning and plan occasional multi-day trips throughout the year in different parts of India. Some members are training to participate in special tours and race events. All levels of riding are welcome.”

Clad in jerseys, gloves and hike shoes, they start in groups from one point of the city on weekend mornings, making the speeding motorists think twice. Inspired by the Copenhagen movement, these young enthusiasts set an example to city folks who are unmindful of the environment issues and importance of physical fitness.

Started in 2008, the club has now more than 7000 members who participate various events conducted by the club. The number is still growing.

The club members split themselves into various groups and select their route. They go for Green rides along roads in cantonment area of Secunderabad On Thursdays

OnSaturday and Sundays they generally ride 9.5 kms stretch from Prasads Multiplex around Hussainsagar. They take three full rounds around the vast lake that separate Hyderabad and Secunderabad.

They conduct rides on various occasions as well. They held a ‘Freedom Drive’ in August as part of Independence Day celebrations. They also organize special rides for different causes too from time to time and they also go on long rides to destinations as far as Srisailam. They cycle through dense forest and rocky terrains and enjoy the beauty of nature in its full.

It gives us immense pleasure in taking part in the rides as it is a perfect way to keep fit. It also contributes to the environment protection. We request our fellow Hyderabadis to join the club and help build a pollution-free city,” members of the club say in chorus.

Details are available on the site: http://www.meetup.com/HyderabadBicyclingClub/.

So put on your gloves, sports shoes and jerseys and jump on to you bicycle and ride your way to the club!

List Of 10 Telugu Movies With Highest TRP Ratings As Audience...

Lyrics that define ‘Pelli’ in an alluring style!

8 Things That Will Remind You Of The Crazy Relation With...

Things We Experience If we are Best Friend with Opposite Gender 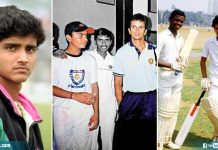 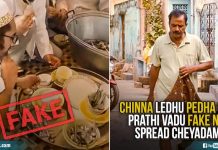 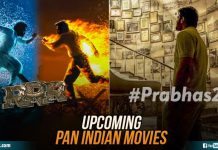 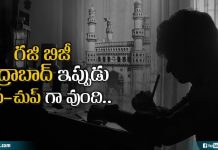