Plastic bottles are meant to harm the enviromment. It is not just about bottles. It is about everything plastic. And as humans, we need to do something to this environment. The nature has already given us a lot of things. And Danni damage cheyyakunda manam manaki tochinadi cheyali.

So putting these things in mind, mana hyderabadis have come up with a very unique initiative. A colony in Hyderabad has got its own “recycled” bus stop, made entirely out of plastic bottles. This bus stop is seen at street number 10 of Swaroopnagar colony in Uppal, and took just a little over two weeks to build. The bus shelter was built under the ‘Recycle India’ initiative by ‘Bamboo House India’, a Hyderabad-based company that builds houses out of bamboo.

There is pretty good amount of air flow because of the presence of gaps between bottles. And they have estimated that this bus stop will long last if no one tries to damage these bottles. To make people be able to sit, the company plans to arrange for recycled tyres.

To build this bus stop, they did not have the need to buy any additional bottles. Since we work with several engineering colleges, we have asked them to store their plastic bottles etc and give it to us for free, instead of disposing it. We will just have to take care of the transport cost.”

To install this bus stop, the GHMC has also given good support and help. 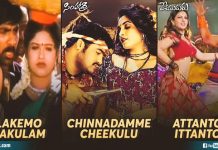 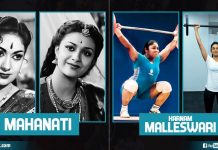 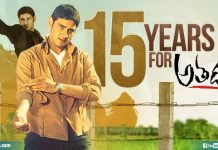 List Of Biopics In Tollywood We’ve Watched So Far & The...

9 Freaking Apt Reasons That Prove Why ‘Athadu’ Is A Perfect...