India’s first flute boxer, Semifinalist on Asia’s got talent aired on AXN and India’s Got Talent aired on Colors TV, Winner of MTV Nescafe Labs and a LIMCA Book of Records holder for the most number of flute-boxing performances in India whoa! Huge right!
Well that’s just a part of what this 27-year-old Bengaluru based flute-boxer has achieved in his career spanning eight years as India’s first flute-boxer. 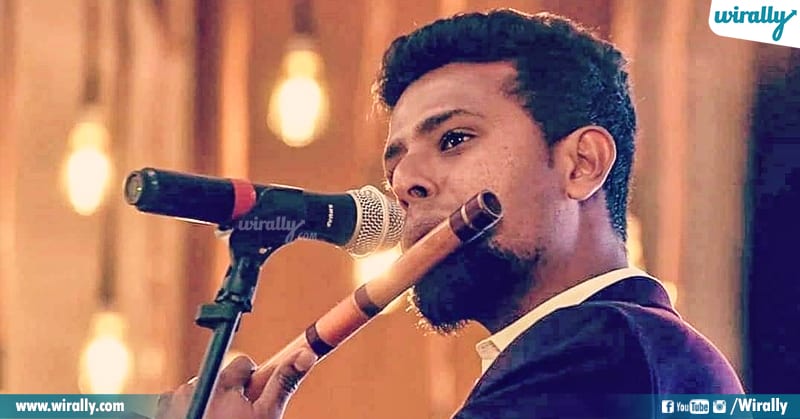 As rightly said, Music is food to the soul and peace to the mind, here’s an inspiring story of Sudhir R. an IT employee who quit his monotonous corporate lifestyle to take a risk and venture into the unknown and give us an interesting story of his journey to flute-boxing.
Sudhir began beatboxing, just when it began gaining recognition among Indian youth. And as a beatboxer, he took part in a lot of beatboxing competitions organised in colleges and won most of them setting a mark for himself. 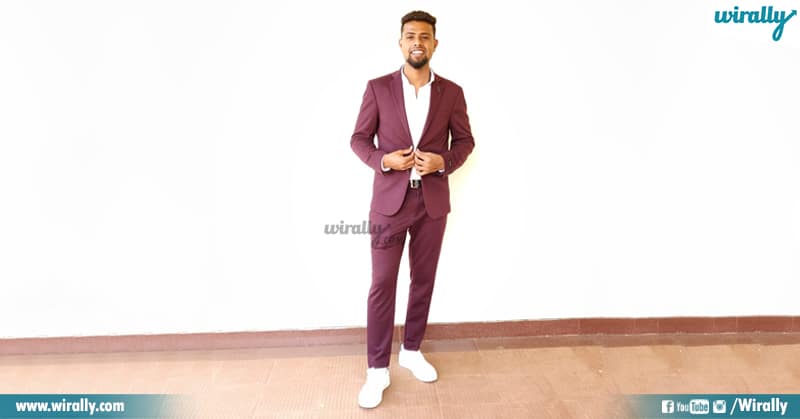 Well for many of us, being invited as a judge to the very same colleges you once performed would have been one of the proudest moments in our lives, but for Sudhir, the invitation as a judge to one of the beatboxing college competitions was the start of a beautiful journey in his life.“It was that day I realised if I am judging a competition, what is the difference between a participant and me? What was so unique about me? This hit me and I made up my mind to do something different.

As I headed back home I started thinking of instruments I could collaborate with my beatboxing. While surfing the net I came across a man named ‘Nathan Lee’ who does flute boxing with a metal flute. I saw his video on YouTube and was very impressed.”
“ I walked into this music store to purchase it… but, it was out of my budget, and I did not want the storekeeper to know that I could not afford it and I asked him to give me something that cost’ around Rs 500 with just 540 rupees in my pocket still managing to save the 40 rupees,” he laughs. 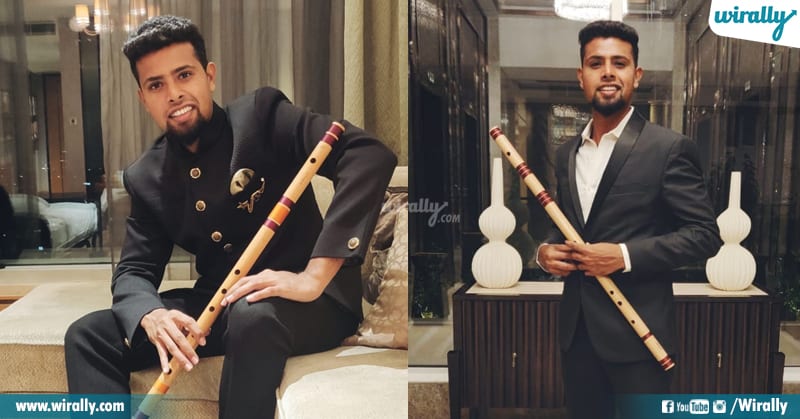 He handed me a dusted wooden flute with cracks on it. I got that and was so excited that the cracks on it did not bother me and I started learning how to play it via various tutorials online,” he said.

This brilliant performer and an audience charmer with every musical note he plays was the semi-finalist on ‘India’s Got Talent Season 5’. “I was awarded ‘superstar of the week’ by Colors TV and to my surprise, my father was called in for one episode. That is when my father said, ‘my son’s talent has got me on a plane’,” says Sudhir. Indeed, a very proud moment for any parent and an emotional one for any child (I had a tear or maybe bawled out here myself). 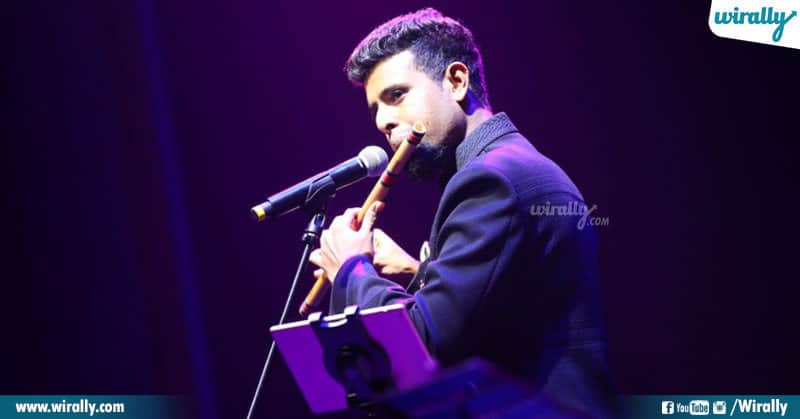 Hailing from a middle-class family, working in a typical IT firm with decent pay and just everything a parent would dream for their child, Sudhir knew this wasn’t his calling, he knew he wanted to pursue a career in music but with no musical background, convincing his father about his talent and desire to carve a career of his dreams was indeed a tough nut to crack.

The Mount Carmel Competition in Bengaluru was where Sudhir was invited as a guest and it was there he performed flute-boxing for the first time.
The reaction from the crowd was something he did not imagine he realised this was because he did something really unique.
“I think the best way to reach out to people is showing them something innovative,” he added. 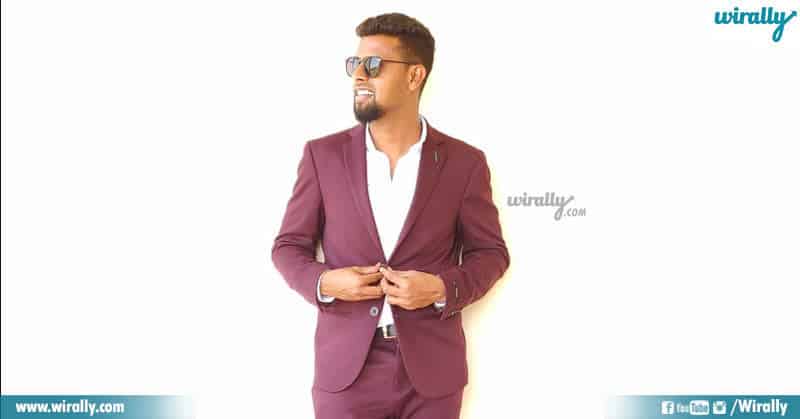 The journey was a real struggle for him as it was daunting with the fact that he had to prove to his family his talent and its successful achievements, while breaking the odd and taboos surrounded around a career in music.
“Bengaluru read about me for the first time when I was the first runner up in Times of India Fresh Face, the panellists loved it. They appreciated my talent and that was the first time Bengaluru knew what flute boxing is,” tells Sudhir.
The flute master now uses a bansuri travelling across the country and internationally proving to the world that an Indian can do something with an Indian instrument that they do with a metal flute.

This brilliant artist after setting a benchmark as a flute boxer went beyond and introduced Harmonica-boxing, and must I say, what a pleasure it is to watch him perform live. At most performances, people cannot help but get off their seats and dance to the music.
Adding to his huge list of achievements the performer was conferred the National Young Achievers Award by the ICYM and CCBI association, while also has 6 TedX talks to his credit.

Sudhir is a true example of hard work, success and will power. His story has inspired thousands of people across to take that risk and give their passion a shot and make their dreams a reality but with a lot of sacrifices and hard work.
“I want people to know there is a boy named Sudhir who can make India proud. Not only degrees get you a profession, but I want people to know talent can also be a good profession,” said Sudhir leaving us with food for thought.