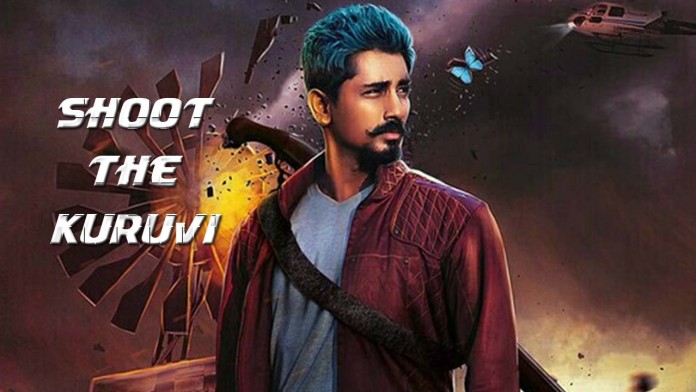 Do you remember Vadivelu’s version of three types of girls in the movie Kaadhalan (Premikudu in Telugu) – Jil Jung Jak? Taking this as a title, Siddharth is all set with his next dark comedy which he has also produced. Ever since the first look of this movie came out, it has stood out in every aspect. The movie which has no female lead is also another interesting aspect of Siddarth’s daring experiments these last few years.

Now to add to the hype, the first song of the movie ‘Shoot The Kuruvi’ was released by Salman Khan himself. And I must say it is truly mind-blowing. I am just starting to wonder what a personality Siddarth is going to be in the years to come. If you look at his movies once he moved down big time to Tamil cinema, Siddarth has got even better – Jigarthanda –  Kaaviya Thalaivan and now Jil Jung Jak. Just bring it on!! Anirudh’s voice and Vishal Chandrashekar’s composition are in perfect harmony with a little rap in between by the veteran actor Radha Ravi.