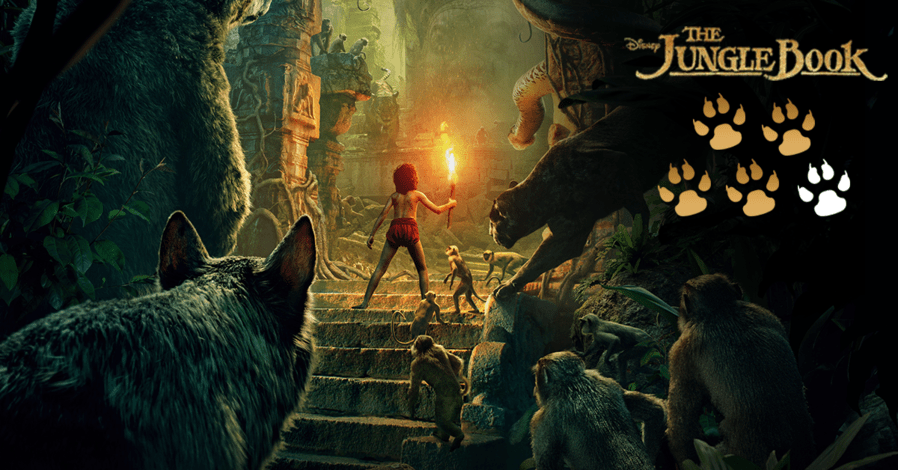 Rudyard Kipling’s The Jungle Book released today in India ( before US and Europe ) and has managed to pull the audience into it’s wonderfully realised world from the very first frame. The fantastical tale starts of with a boy ( Mowgli ) found in the jungle and eventually being raised up by a pack of Wolves ( Akela and group ). As years pass by, Mowgli crosses paths inadvertently with the ferocious and scarred Tiger ( Shere Khan ) who vows to kill him at any given opportunity. This conflict between Man and Animal was in the classic by Kipling, is so minutely detailed and vivaciously thought out, that the book makes it a tough ask on any film maker to recreate that soulfully gripping magic onscreen. That is where Jon Favreau scores high. He sticks true to the soul of the book, envisioning a vibrant and populous landscapes and ably occupying characterisations. He succeeds in bringing back the nostalgic feels of the yesteryears Disney affairs, who always strung a chord with their high emotional value and cleanly choreographed set pieces, not to forget perfect voice cushioning for each of the featured characters.

What Works For The Movie : Nothing much going against to be honest. It was the most fun I had in movies in recent times. It came in with huge expectations, and aren’t I glad that it exceeded them. This movie is what blockbusters are made of. However, If I have to be picky, I’d go with the 5 minute role for Scarlett Johansson’s Kaa, at her seductive best., being not extended. But then, it’s just a minor wrinkle, as The Jungle Book 2 has commenced it’s production, if rumours are to be believed, and Kaa will play a pivotal role in it.

Our Verdict : We fell in love with this version of the timeless classic, The Jungle Book. It’s time you do too. And oh before I forget. It is highly recommended that it is watched in 3D and on a really great screen, to truly experience the splendour and glory of this movie and it’s lush and dangerous Jungles.