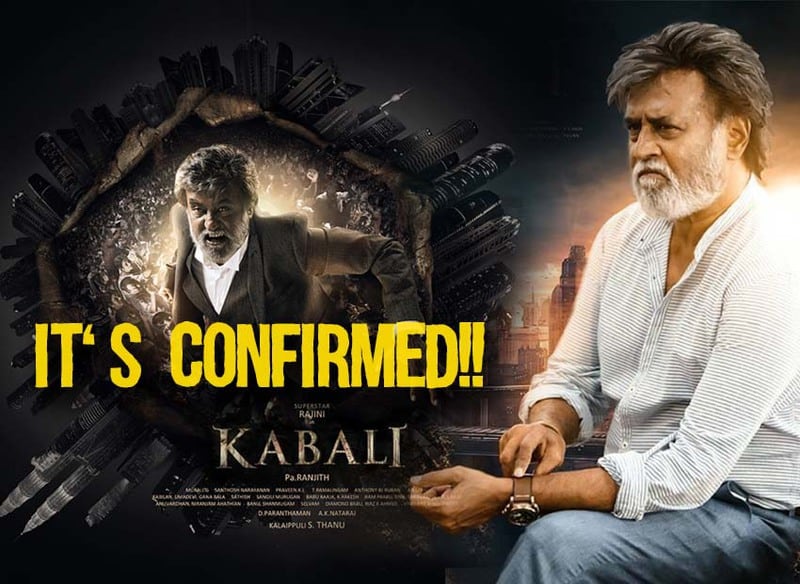 Perhaps Superstar fans would not have waited with such anxiety before. Kabali, Rajinikanth’s much awaited action flick has successfully cleared the Censors with a U certificate and is all set to see a grand worldwide release on 22nd of July, 2016.

The fans of Thalaivar have been long waiting to get some action going, as there has been a huge gap ever since a blockbuster flick has come out from the Superstar’s kitty. Rajinikanth has been taking it nice and slow, especially after his last release, Lingaa. Kabali holds great promises for the Superstar’s young fans, who look forward to another epic landmark film in Rajini Sir’s shining career.

Rajinikanth will be seen in a significantly mind blowing role that of a gangster, going by the reports. The music of the film has been doing exceptionally well ever since the audio was out. The title track Kabali Da.. is now pretty much every fan’s personal anthem, showcasing the love and wait for the superstar. The musical composition by Santhosh Narayanan has been commendable.

Kabali stars Radhika Apte, Taiwanese actor Winston Chao, Dhansika, Dinesh Ravi and Kalaiyarasan in prominent roles. The film has been directed by Pa Ranjith and promises total gangster action rolled into a single plot. The film will also be released worldwide in its dubbed versions in Telugu, Malayalam and Hindi.