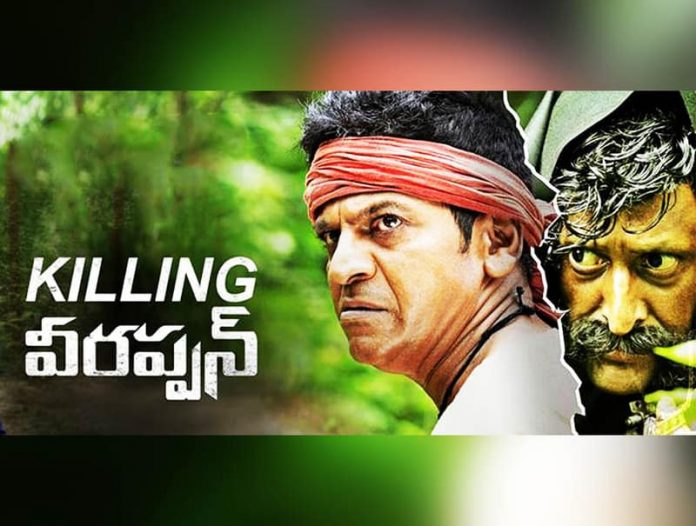 After a series of debacles, RGV’s Killing Veerappan has garnered some positive buzz around the social media. The New Year 2016 is all set to begin with this biographical film on the dangerous dacoit Veerappan.

The film is based on the ‘Operation Cocoon’, which was launched to nab the dacoit in the Sathyamangalam Forest. It features Siva Rajkumar, the biggie in Kannada Industry who is the central role of the film playing Senthamarai Kannan, the Superintendent of Police and the mastermind behind Operation Cocoon.

The interest it is creating on social media has only turned positive for Ramu. He himself expressed this.

Many people after seeing the trailer of #KillingVeerappan almost seem to be scared that I actually might have made a good film ?

Sandeep Bharadwaj’s transformation as Veerappan is simply unbelievable. RGV in his latest tweet revealed the actor.

Terrific actor Sandeep bharadwaj's transformation as Veerappan is due to genius of make up artiste Vikram Gaikwad pic.twitter.com/l0XxLG6gUB

He also explained the subject line on which the movie is based.

The cruellest of criminals also cannot hope to live if the police also decide to become cruel..That's the point of #KillingVeerappan

Now, this is an interesting point!

The experience of watching a RGV movie has been lost in the memory lane for the repeated disappointments he gave us. Surprisingly Ramu has not been doing the unnecessary hungama which he usually does ahead of his movies. We hope Killing Veerappan will rejuvenate his touch!