Baahubali 2 has flooded into people’s lives and is the talk of the world for being the most successful film. The credit goes to the entire team for putting in such amazing concepts with breathtaking visuals.

Yet, there are people who do not like it and try spreading negativity with their rants. But how much has it affected the movie and the audience?? I’m sure, not even a bit.

Watch how KRK tries to tweet insane things about this film

And to ignore this dirt on twitter, Bhallaladeva might’ve wanted to ignore the person and ended up blocking him.

We strongly believe that a man and his review cannot be any sort of obstacle to the magnum opus and to the mighty people who have worked for it. 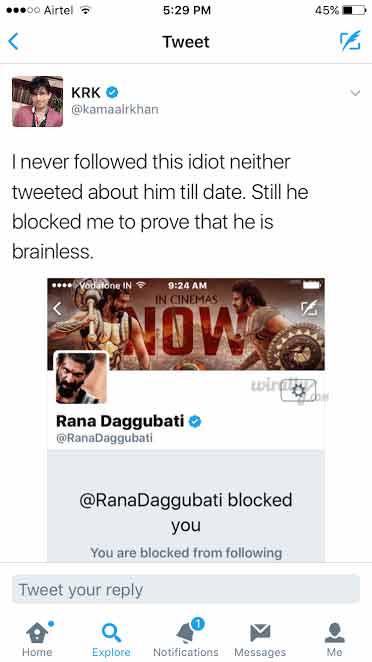 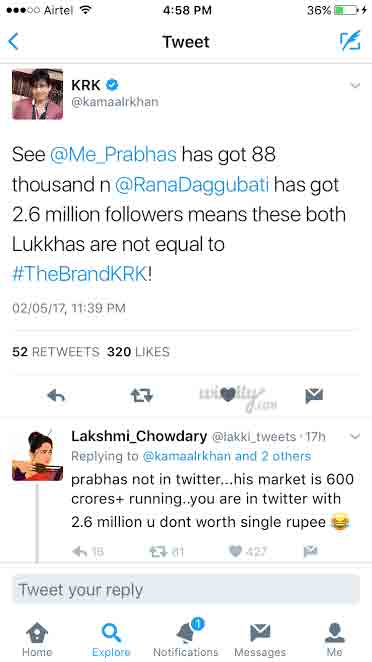 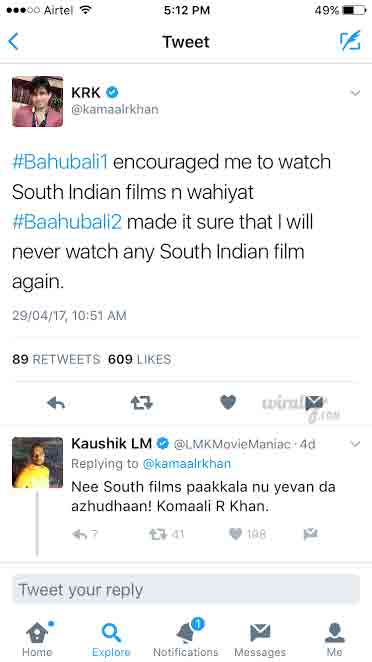 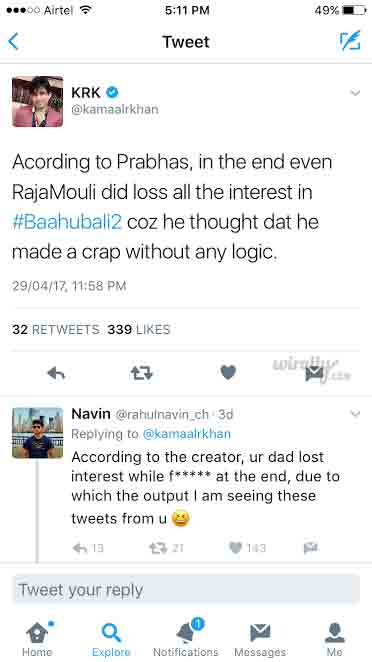 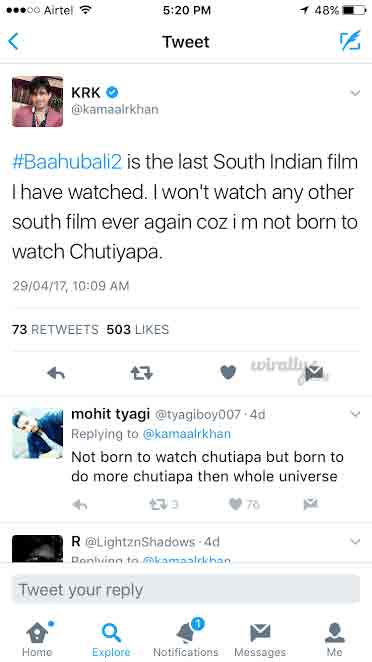 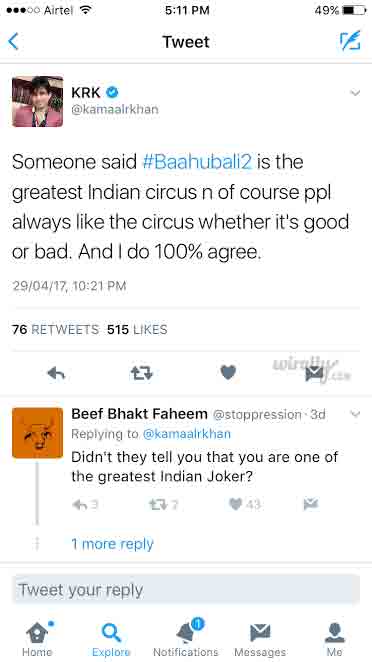 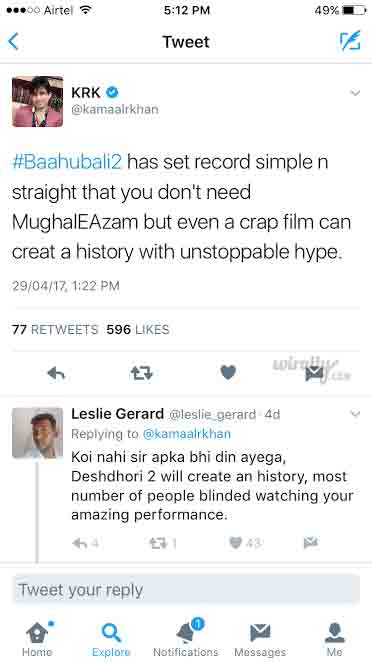 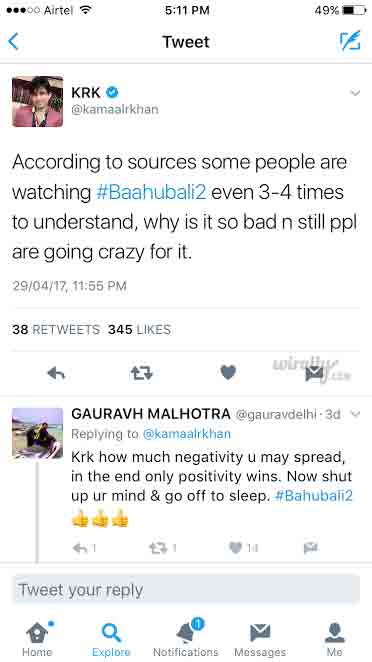 8 Gifs That Perfectly Resemble Every Neighbourhood Aunty Ever

What Is ZIKA Virus? Symptoms, Treatment and Everything You Need To...

‘Aditya 369 To Antariksham’ Movies That Took TFI To A Whole...

Bihar Elections: Was it the right decision?