Lately, Viral Videos and Memes have gone bonkers among netizens and sure every new meme will be all set to blow one’s top off with all the creativity and whimsical sense of humor. In such a context, one of the popular memes’ faces from a viral video that spread like wildfire has made it to the big screen with one of the popular actresses. 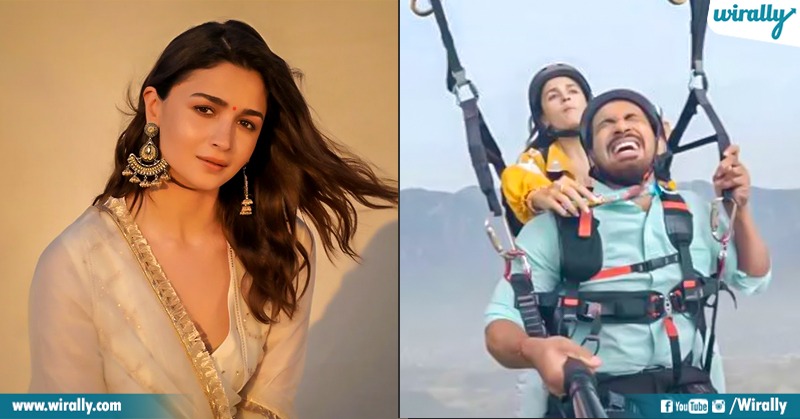 Vipin Sahu, the man who became a popular meme face after going on a paragliding ride in Manali back in 2019 with his most famous phrases – “Main Pagal Hun Jo Isme Aaya” and “500 Zyada Lele Par Land Kara De Bhai” has now successfully landed an Ad with Alia Bhatt.

Bringing his real-life event yet again, the ad is all about Vipin’s traumatic experience during paragliding, and Alia Bhatt can be seen as an instructor who offers Vipin, the chocolate Cadbury Perk to stay calm. This Ad has been shared by Vipin Sahu (The Land Kara De Bhai Guy) on his Instagram with a caption – “Who said a meme can’t achieve heights? Who said a meme has just a life of 1-2 months? Breaking all the bakwas stereotypes and shooting with @alibhatt.