Manoj Bajpai, also known as Manoj Bajpayee, is a well known Indian film actor who proved that being a popular artist can also be a dream to pursue for a common man. He has been in the Indian cinema predominantly and has also worked in a few Tamil and Telegu language films. We have seen him taking up some challenging roles in many movies and web series. Although the critical roles are challenging, he ends up acting exactly what is expected. This made him a successful actor and an audience’s favourite. Let’s see how his life was and what struggles he faced before he entered into this big industry. 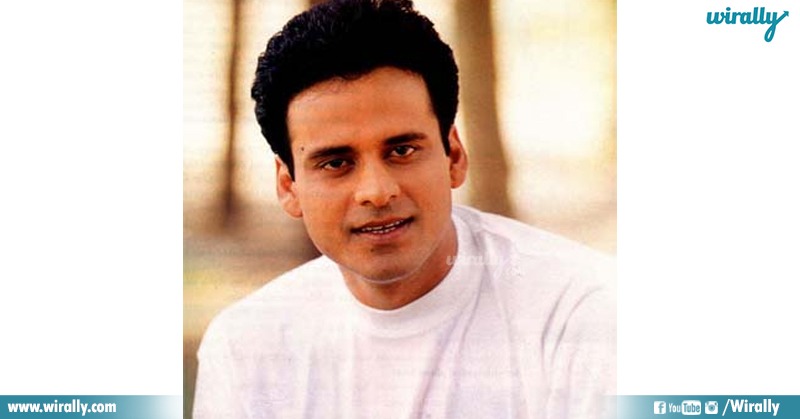 The well known and dedicated actor was born on 23rd April 1969 in Belwa, a small village in the West Champaran of Bihar. Being a young boy Manoj Bajpai was not as confident as he seems on the screen now, he was so shy that his teacher used to make him recite Harshvardhan Rai Bachhan’s poem everyday in the class to make him feel confident about himself. His parents named him after the famous actor, Manoj Kumar. They wanted their son to become a doctor, but Manoj Bajpai was very much interested in theatre and drama since his childhood. As he was eager to become a great actor, he shifted to Delhi at the age of 17 and applied for National School of Drama taking inspiration from the famous artists Nasiruddin Shah and Om Puri, but he was rejected 4 times in a row. As he was rejected by the National School of Drama, he decided to join Barry John’s Theatre Group and started assisting him. He was also getting paid for this job which helped him financially. After working there for a while when he got accepted in The National School of Drama, they were willing to hire him at a post of a teacher there. 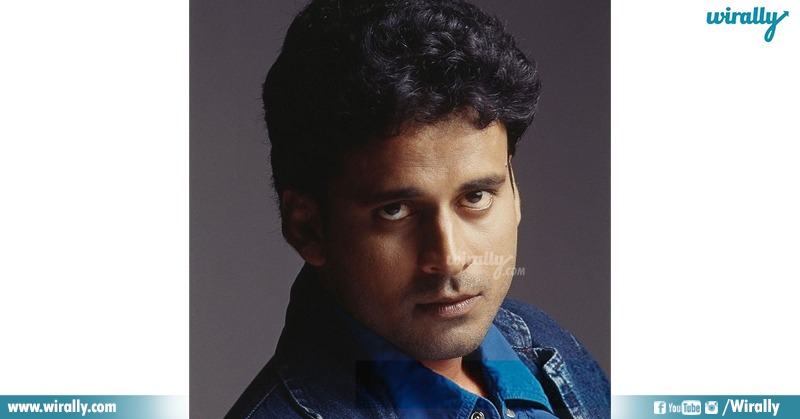 Being from a middle class family he studied in a hut school until 4th standard and then continued his schooling from Bettiah. After the completion of his 12th standard from Maharani Janaki in Bettiah, he transferred to Ramjas College Delhi University. Gaining knowledge and getting educated was a very challenging task for both Manoj Bajpai and his family. His parents had to make sure that all their children get good education in an equal and respectful manner. 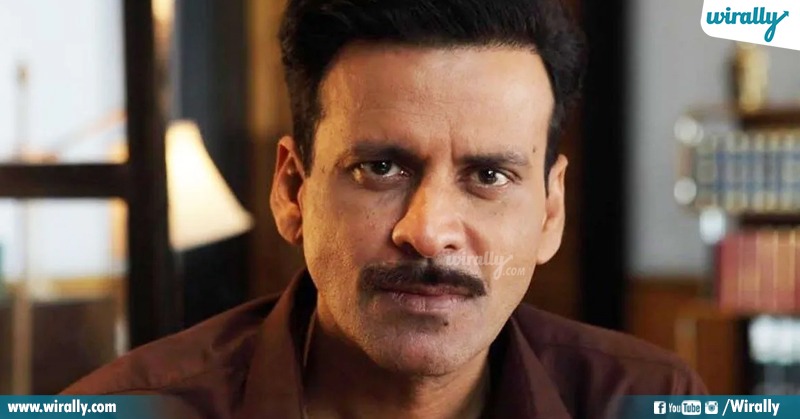 During his struggling period, Manoj Bajpai married a girl from Delhi. Their relationship ended on a bad foot and they got divorced within 2 years of their marriage. After few years he came in acquaintance with Shabana Raza also known as Neha, who made a debut in “Kareeb” in 1988. Love blossomed and Manoj Bajpai got married to Shabana Raza in 2006. The couple is happily married and also have a beautiful daughter named Ava Nayla. He once mentioned in an interview that now when he has his own daughter, he has realized what his parents must have gone through to make their children feel as equally important as possible. He also mentioned that being an aspiring actor from his young age itself, his parents never made him feel low about himself and instead always kept supporting him for what he wanted to do. Having other 4 siblings with him must have been a difficult job for his parents which he understands now and realizes how much his parents loved him. 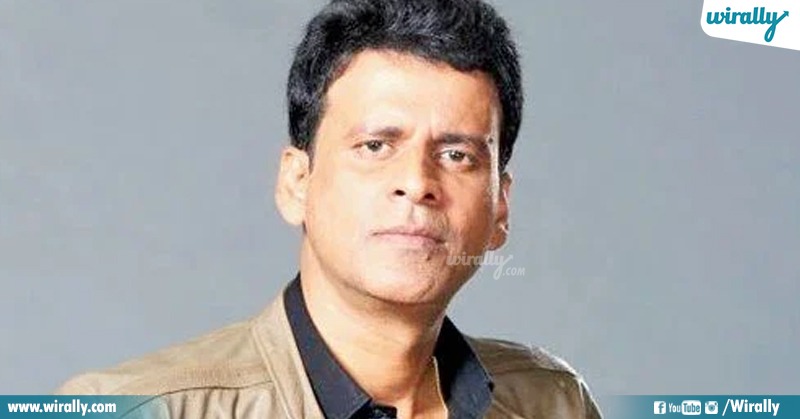 There was a time when Manoj Bajpai lost hope in his fate and wanted to end his life. Manoj Bajpai admitted this fact and claimed that he tried to kill himself out of frustration as he lost hope in his life. This was also after he worked in three or four films but didn’t get a good response for it as it didn’t work. The year 1971 was a painful year for him as he couldn’t get much work, being a talented and aspiring actor he was. In addition to the struggles of not getting work, he was also not paid well. Manoj Bajpai has always been straightforward about this fact that the big actors get paid even if they have special appearance for a movie, but a talented and not so renowned actor do not get paid well even in a feature film. He has always been talking about the pay in comparison to the top actors in the industry. This shows that despite him being a very talented and prominent actor in the industry, he was never able to enjoy any kind of commercial success.

The Breakthrough in Bollywood

In 1994, he was casted in a feature film debut, “Droh Kaal” where he appeared just for one minute. Later he took up some unnoticed roles in a few films which were very tough to handle because there was no recognition or a breakthrough for him in the industry, but there was no backing for him. Though his roles were small and unnoticeable, Manoj Bajpai didn’t give up on striving for big and kept going for the diverse roles. Manoj Bajpai finally got a breakthrough in “Satya” which was a crime drama movie by Ram Gopal Varma in1988. This movie became the key to his successful journey in the industry as he received the National Film Award for Best Supporting Actor and Filmfare Critics Award for Best Actor for “Satya”. In later years he also received a National Film Award for “Pinjar” in 2003 and a National Film Award for Best Actor for “Bhonsle”. Rakesh Om Prakash Mehra’s film “Aks” is another very important film which gave him an opportunity to play a very serious part and also won many awards for it in 2001. The movie “Special 26” starring Akshay Kumar and Anupam Kher gave an opportunity to Manoj Bajpai to feature in the longest action sequence till date. It was also a very proud moment for him when Mahesh Bhatt himself approached Manoj Bajpai after watching his performance in a Hindi TV Serial named “Swabhiman” and told him to not leave this city because he was going to get everything over here itself. Manoj Bajpai took this advice which also gave him some kind of hope that he can finally become what he was dreaming about all these years. “Swabhiman” was his first tele serial on Doordarshan which basically started his acting career and helped him to gain some recognition along with Tyaagi, Aashutosh Rana and Rishabh Rohit Roy.

The Down to Earth Man

Manoj Bajpai has been one of the most versatile actors of all in the Hindi Film Industry and he is mainly known and remembered for all the memorable characters that he has played till now. He is that kind of an actor who makes his roles more believable and realistic. His magic has worked not only in the movies but some of the famous web series and tv shows too. His recent series, The Family Man has gained a lot of popularity and viewers are loving it with their whole heart.

The talented actor keeps exploring his talent by acting in challenging roles which we can’t even imagine a huge actor doing. His style of making all the diverse and difficult roles seem so easy and smooth for him that it makes us like him even more. He has gained much popularity and recognition due to his unusual roles in films and is known as a method actor. Even when he has been praised for his acting a number of times, he has been very flexible and keeps learning from his co-actors, no matter whom he is working with. He has been very kind and understanding towards the other actors. Manoj Bajpai is a very down to earth person as seen in a interview where he says that he likes buying potatoes and tomatoes just like other ordinary people. He likes to live like an ordinary person no matter how popular he gets in the industry. This kind of thinking and behavior have impacted and touched many hearts from the common man population. Not only is he talented in what he was dreaming since childhood, but he is also very grateful for what he has and doesn’t boast about it. This journey of success keeps on extending and continuing as Manoj Bajpai still strives for more success and happiness.

9 Great Welfare Schemes That Show Why YSR Is Called ‘The...