The goddess of art holds all our hands and guide us through but she carriers Kamal Hassan in her waist ” said Rajinikanth .

And that’s why this man is way too ahead than any other artist. We have said about people who have cinema in their blood but this man is cinema in each of his molecules. From director to prosthetic make up artist he had left no role untouched as a technician, from a child to a old woman there is no role that he hasn’t played.

In his 66 years of life, he has been contributing to cinema for 60 years. There are only 6 years in his life when he haven’t grown with cinema. I would say he is one of greatest Visionary in India for the clarity he had in making films that may not be for timepass but would always stand a classic as time passes.

Here we present you six of his highly experimental films that failed at their time of release but became cult classics now.

Undoubtedly, one of the masterpieces of Indian cinema, Mahanadi was made much ahead of its time. Kamal not only acted in it, but also wrote the story and screenplay of the National Award-winning film.When you see Mahanadi, you don’t see Kamal Haasan. You only see Krishnaswamy. You feel for him. You empathise with him and his pain.

Who could forget the iconic scene where he meets his daughter in Sonagachi after a long time, following a tip-off? Krishnaswamy wants to believe that she wouldn’t be there. He hears the shrieks of a girl from the adjacent walls, and goes from one room to the other, and finally finds her. She says ‘Naana’, but soon the reality begins to sink in. She covers her naked body with her hands. Deeply disturbed, he stays in a moment of shock and disbelief leaving us in tears.

Indian audiences have rejected many classics in the past due to some inexplicable reasons. Kamal Hassan’s Guna stands at the top of this list. Gunaa film can be considered as poetry on celluloid.

The film revolves Gunaa around a mad yet brilliant man obsessed with the concept of SHAKTHI which ultimately leads him to kidnap Abhirami to a dilipidated church in the kodaikanal hills amidst a sensational attempt to rob the vaults of a temple.What ensues is a fascinating look at the changing nature of the girl’s attitude towards the man from utter contempt initially to love at the end.

Ever after all these years, what stands out in Gunaa is the brilliant staging of the scene where Gunaa first confronts the real-life Abhirami with a pulsating song playing in the background. Though the scene was completely lifted by Ilayaraja’s music, the emotions portrayed by Gunaa were real and the lyrics were magical.

Drohi is widely seen as a classic now, but it was perhaps a little too ahead of its time when it was released. Drohi became India’s submission to the 68th Academy Awards (although it was not nominated), The film was radical for its time, making a deep, disturbing probe into what differentiates a cop and a terrorist. At its core was a question that remains relevant to this day, across different contexts – is a cop merely a tool in the hands of a wrathful state?

Hey Ram is the story of Saket Ram (Kamal Haasan), and his descent into hate politics and violence in the aftermath of the Partition.

In one of the most gruesome portrayals of Hindu-Muslim violence that enveloped the country around the time of Partition, we watch a helpless Saket lash out as the city and people around him burn to death. Even as he kills, his actions haunt him.

For a film that was made nearly two decades ago, Hey Ram still manages to accurately capture the political climate of 21st century India.

The beauty of Pothuraju lies in its screenplay. One of the best non-linear Indian screenplay, PERIOD. The story of Pothuraju is told in flashback through the eyes of two people. Pothuraju talks about subjects like castism, crimes inside jails, death penality…

Pothuraju is one of the rare Indian movies to portray violence with all its ugliness. Limbs are chopped up, heads roll, blood flows and women are brutally beaten. Mainstream films glorifies violence, but Kamal being Kamal shows the naked truth of violence .

Kamal Haasan’s Pothuraju is one of the best & rare mainstream Indian movie that doesn’t treat audiences as mere entertainment-seekers. For the most part, it perfectly amalgamates the base Indian cinema elements with thought-provoking subtexts.

Anbe Sivam, which told this stunning story of a man who found God in people who did good things, and to be precise this film has taught us about love, life and more. Love is God.

But when the movie released back in 2003, it was a flop at box-office. Anbe Sivam wasn’t acknowledged even in the major awards. It didn’t win any National Award despite the exceptional performances, dialogues or lyrics.

But today, this film remains as a timeless classic. 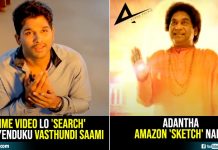 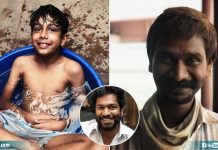 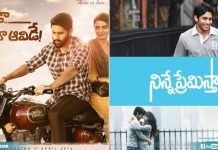