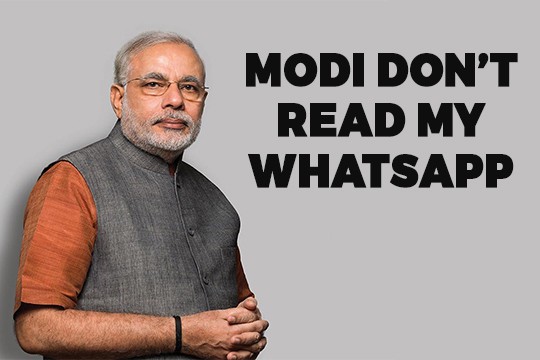 In the last two days, Twitter lost its mind when the Government of India announced its new policy regarding encryption of data by internet and mobile users.

The Draft National Encryption Policy lists out a few recommendations, some of them so bizarre, you’d mistake yourself for living in the Gulf!

Part of the draft version recommends that all citizens of the country store their encrypted date (meaning all your messages, mails, and data) on their phone for 90 days. We are also expected to produce it when asked to.

Which was why Twitter blew its fuse, and the hashtag #ModiDontReadMyWhatsApp began trending on Twitter. You can’t keep the trolls away, and this is what they began doing what they do best – trolling!! 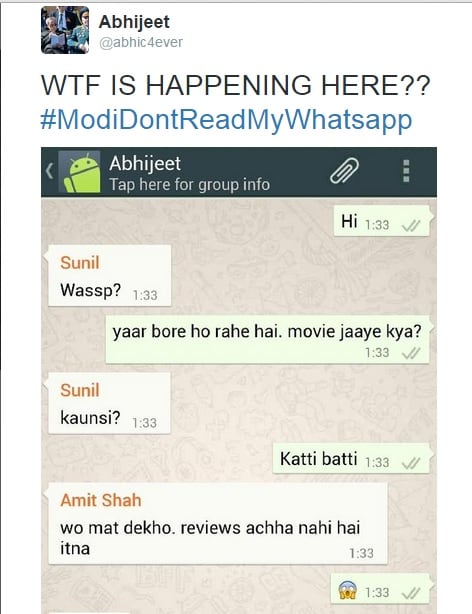 However, when the Government noticed the hue and cry raised on social media, it clarified that it intends to keep WhatsApp and Facebook out of the equation. But even with that, it is a dangerous and draconian move.

If you feel strongly about the issue, we recommend you write to the Department of Electronics and Information Technology. The department has thrown the question out for public debate, and is seeking suggestions. You can send in your suggestions to: [email protected]

11 Food Items And The Cities They Are Associated With

Cooking Tips From Professional Chefs To Make You An Amazing Cook

10 Advantages of having an Elder Sister

A whatsapp chat on twitter that is turning faces and books...