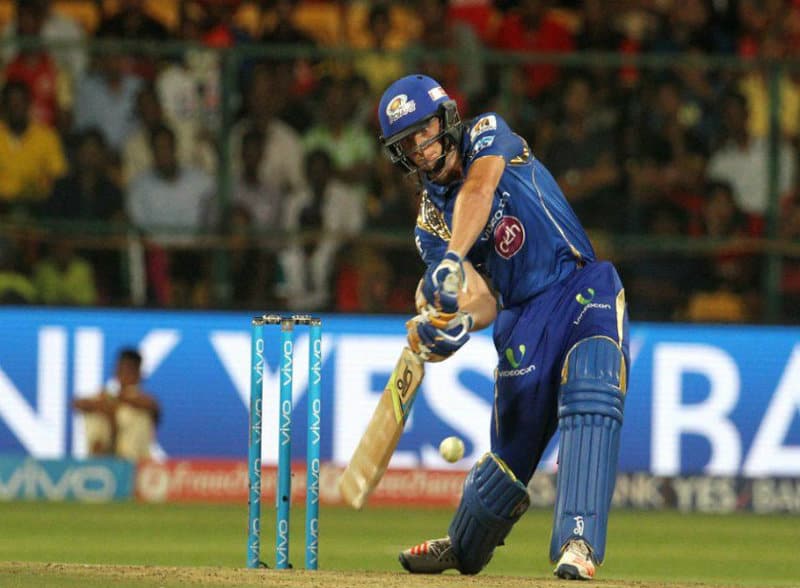 The Mumbai Indians were shot out for just 92 in their previous tie against Sunrisers Hyderabad but they recovered from the humiliating loss to post an impressive six-wicket win over Royal Challengers Bangalore. The crucial win helped MI to take the fourth spot on the table while RCB will now have to win their remaining four games and hope for other results to go their way to seal a playoff spot.

For the visitors, the M Chinnaswamy Stadium has always been a happy hunting ground and on Wednesday they posted their sixth win in seven encounters against the home team. Having restricted the RCB to just 151/4, Mumbai Indians knocked off the target with eight balls to spare. It was a clinical display as the bowlers executed their plans well against a strong batting line-up and the batsmen planned their chase well after losing Parthiv Patel on the seventh ball of their innings.

Krunal won the man of the match award for his crucial spell that helped us get a grip vs RCB #DilSeIndian #RCBvMI pic.twitter.com/UNpqvSYhGl

Rohit Sharma (25) and Ambati Rayudu (44) batted with caution and did not panic even though the Powerplay overs fetched only 39 runs. They stuck to their plan and continued to bat in the same fashion when the field was spread out. The two focused on rotating the strike before Rohit’s miscued shot resulted in his wicket in the 10th over.

After Rayudu’s dismissal, the Mumbai Indians still needed 44 from four overs but their overseas batsmen Kieron Pollard (35 off 19) and Jos Buttler batted beautifully to seal the victory. Pollard first targeted Shane Watson, who gave away 18 runs while Buttler (29 off 11) slammed two sixes off Chris Jordan to bring the equation down to a paltry 10 from just 12 balls. The Englishman hit a six to complete the proceedings.

Earlier, the home team got off to a disastrous start with their key batsmen failing to get to double digits. Struggling to get big scores, Gayle in his comeback game lasted only six balls. His score of five, was his seventh consecutive single digit score in T20s. Gayle’s dismissal left the team reeling at 17-2 after captain Kohli endured a rare blip, getting out on the first ball of the second over bowled by Tim Southee. The Mumbai Indians’ had placed a fly slip for Kohli and the RCB captain’s poke went straight to the fielder.

Two quick dismissals resulted in a drastic fall in the run-rate. A third-wicket partnership of 43 runs put the home team back on track. However, RCB lost the third wicket when AB was caught off Pandya’s bowling in a bid to accelerate. Local boy KL Rahul, who negotiated a tough spell at the start, batted with a lot maturity and picked the bowlers well. As the overs began to trickle, he upped the ante. At one stage it looked like, RCB would struggle to get to 135, but the 18th over shifted the momentum.

7 Things Boys Do To Avoid Rakhi Atyachaar And How To...

Checkout The New ‘Mauka Mauka’ Ad Which Comes With A Savage...