After back to back releases late last year, Tollywood Heartthrob Akkineni Naga Chaitanya’s new film, ‘Raarandoi Veduka Chudham’ is all set to release on 26th of May. Starring Naga Chaitanya, RakulPreet Singh and JagapathiBabu in lead roles, this film is directed by Kalyan Krishna of ‘Soggade Chinni Nayana’ fame. Rarandoi Veduka Chuddam is Chaitanya’s 13th film and his first after his engagement with longtime sweetheart Samantha Ruth Prabhu and is bankrolled by the actor’s star father Nagarjuna Akkineni under his home production banner Annapurna Studios.

The film’s theatrical trailer is released today, i.e. 13th of May. Slated to be a refreshing family entertainer, this film has entertainment catered to all sorts of audience. Two singles of the movie was released early this week which got a wonderful response. Speaking about the film, Naga Chaitanya said, “After watching ‘Soggade Chinni Nayana’ (director Kalyan Krishna’s debut movie), I felt that I should work with this director if my performance should go to the next level. I hope the audience will patronise this movie the way they warmed up to ‘Soggade’”.

The trailer gives us a colorful journey into the movie’s plot. Starting from a wedding scenario, the movie projects multiple emotions between the characters. Naga Chaitanya can be seen in a different avatar and the music composed by Rockstar Devi Sri Prasad has elevated the trailer beautifully. The film is running high on expectations and can be a memorable hit for the team. 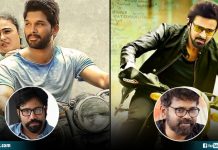 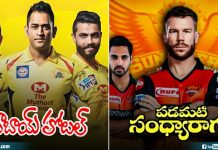 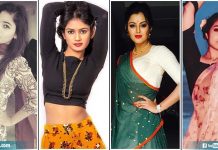