After the interim order issued by the Government of India to ban all Chinese apps and due to the Indo-China border conflict, there arose a prominent emotion to ban all Chinese products including smartphones. China was making strides in the area of Smartphones. India was their target market. The market situation in India was suitable for Chinese penetration. The internet was sweeping across the country and Chinese brands offered phones for as less as 2000 Rs.
However, there are other brands which deliver superior phones and are affordable for all. Here are the top ones that you can always consider.

The Samsung Galaxy M31 sports a big 6.4-inch display and has a water drop notch at the top. It has thin bezels around the AMOLED display which is quite different. The Galaxy M31 is comfortable to hold in the hand and to use.Standard android features ensure ease of use. The phone has a 6,000mAh battery. The phone is not very light though. Samsung has provided the Galaxy M31 with Exynos 9611 SoC and gets 6GB of RAM. It has two storage kinds 64GB and 128GB. The Galaxy M31 is a dual SIM device with support for 4G as well as VoLTE. It runs Samsung OneUI 2.0 on top of Android 10. The Galaxy M31 has a quad-camera setup at the back with the primary being a 64-megapixel shooter. It also houses an 8-megapixel ultra-wide-angle camera, a 5-megapixel macro camera and a 5-megapixel depth sensor. The phone is available in stainless black and gradation blue. The phone is available for 17,000 in all major shopping sites.

The lightness of the phone is surprisingly much sturdy in grip and use. For the price of 37,700 in Indian rupee, the phone’s performance is worth it. Its design is the same as it has been since 2013. The phone is water resistant. That A13 chipset has improved the camera performance too compared to other versions of chipset. However the color tone is not as good as Iphone 11. The cheapest iPhone Apple has ever launched while still consisting refined hardware, making the new iPhone SE a splendid option for those either on a budget or have always wanted to own a Iphone. 12MP single sensor, imbued with advanced image processing and offers a good video capture.

Android 9.0 (Pie), upgradable to Android 10, One UI 2.0 supported phone is 6.2 inches long. It has an octa core processor with 32GB 2GB RAM, 32GB 4GB RAM choices of memory. The phone costs and is available in colours of blue, black and red. The South Korean company equips the Galaxy A10 with a 13 MP rear-facing sensor and a 5 MP front-facing sensor. Although the sound output has been criticized, every other aspect is well appreciated for the price range it is in.

The phone display and screen is magnificent. There are three cameras at the back; a 12-megapixel wide angle sensor, 12-megapixel telephoto lens and a 16-megapixel ultra-wide angle sensor. At the front, it has a dual camera setup consisting of a 10-megapixel selfie camera The phone is very impressive in clicking landscape shots. The hole-punch display is a very attractive feature in this phone. The lowest price in which S10 is available is at 52,999 Rs online. The 12.5 hours battery capacity delivered by a 4100 MAh battery. Phone looks extremely sleek with its infinity O display

There are two major features of this phone. One being the build of the phone and the other the good audio output. The phone looks very sleek again as it has a glass back and a metal side frame. The phone also has a 3,300mAh battery with fast charging support that delivers superior performance display wise. The price is 39,999 Rs. online. The phone has a wireless charging system and has a powerful processor. Platinum grey is the most preferred and easily available colour.

The phone has a RAM of 4 GB and a memory of 64 GB. The 3000 mAH delivers high performance. The display is suited for a compact user who wants advanced specs.Samsung Exynos 9 Octa 9810 processor phone comes with iris scanner, and other sensors to enable ease of use. The phone has good surface area and is easy to hold. The phone also has wireless charging facility The phone is available for 37,500 online. There are features, gestures and shortcuts, and most of them will be familiar to anyone who’s used Samsung’s before and is highly customizable.

The 4a gets a boost with a Snapdragon 730G chipset, 2 additional GB of RAM, and updated UFS 2.1 storage speeds. The display size was stretched out to cover more surface area. There’s a punch hole selfie camera on the screen. The back and side frames are plastic although the display glass is now made of Gorilla Glass 3. The camera performance is brilliant. The Pixel 4a has a 5.81-inch display with a taller 19.5:9 aspect ratio. There are dual loudspeakers on the Pixel 4a which enhances the sound and viewing experience. The phone is available for 81,999 Rs.

The most attractive proposition of this phone is the extended battery life and the gaming capacity and experience it provides. Although it is not waterproofing, the phone is highly sturdy. There’s a dual vibration system built in. The phone uses a 3D vapour chamber system for cooling. It has got a rugged look and is quite heavy. Built in, Game Genie enables an overlay in games to keep an eye on the framerate, system temperature, and other features in real-time.The phone is available for 40,000 Rs unlike its more expensive predecessor. 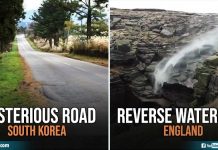 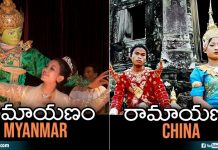 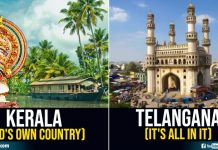 25 Years For Ammoru: Some Unknown Facts About This Graphical Wonder