If you have seen the trailer of Pellichoopulu, towards the end it says– ‘Come experience a new age rom-com’. There was a reason they put that and trust me, they truly meant it. So, the reason we are boldly taking up the review of Pellichoopulu even before its official release in theatres is because this particular movie is very much worth it. A movie that is true to itself in every sense, a movie every ‘Telugu cinema’ lover has been craving for, a movie which will be your answer to the question – ‘Why aren’t there some realistic cinema in Telugu?,  a movie that might probably change the dynamics of storytelling in Telugu.

I would rather not call this is a review or any sorts of analysis but keep it simple and straight, very much like the movie – Let’s talk Pellichoopulu. As the director rightly calls it – It’s a story between the mind and the heart!!

It was a usual Sunday morning where my schedule to start the day was with the preview of Pellichoopulu at Ramanaidu Studios. Before we go into the movie, let’s not discuss much about the story for I don’t want to be a spoiler for a first of its kind cinema in Telugu. Let’s get into what you’d love about the movie.

I believe that if you grab the audience’s attention in his/her first 10 minutes into the movie, your game is on. It was barely five minutes into the movie and the story had already taken a swing. By telling this I do not mean that this story is an out of the box one with heavy emotions and intense drama, it is very much a story which might have happened to you or taken place in your neighbourhood. The simple yet unusual introductions of characters(which rarely happens in Telugu cinema), routine happenings (which we never noticed in our lives), casual reactions, all that we come across in our daily lives starts to play in your mind simultaneously as the movie progresses. It will look as if you are watching your neighbour’s story across the window.

So, what will grab your attention?

As a slow paced, sort of aimless guy who hates to take up the burden of responsibilities, Prashanth..ooops Vijay Deverakonda it is, was bang on! His character speaks more than just through his dialogues. He speaks on behalf of many of us. If he won all your hearts as the Rishi in Yevade Subramanyam, Prashanth is one character every two in three guys will definitely relate to. As an actor, by the end of the movie you will wonder what Vijay has put into this character to get it out so perfectly. This is only his first movie as a full-time lead and I must say this guy is going to go places. And yes, no where will you see any traces of either Vijay or Rishi, all you can see is just Prashanth.

Coming to Chitra, my respect for Ritu Verma as an actress grew many folds with this one. Completely driven by her mind, you couldn’t ask for more. She is not your regular heroine who acts chirpy and flaunts around the trees wearing colourful dresses. She is a woman of substance and is very clear on what she wants to do. She is a smart, charming, elegant with her attires and has pulled off the role of Chitra with élan. She won’t go emotional even if her heart is craving for it, for she knows how to be practical. 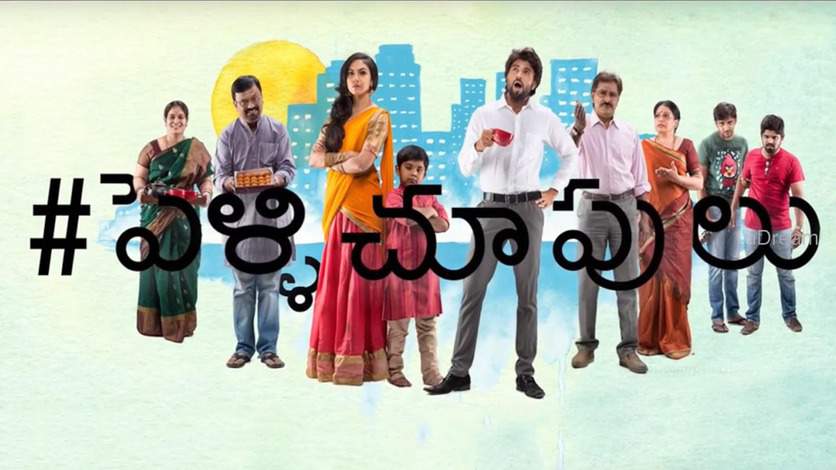 Generally, Telugu movies have a Hero and his friends, who are basically looked at as chamchas. Here you just have a lead and his friends and the friends even at times blast the lead without any mercy. Priyadarshi and Abhay as Kaushik and Vishnu respectively stand out. Especially Priyadarshi for the serious comedy he throws in, he is going to be one of your favourite in the movie. As a confident guy at start who turns out to be a coward at the end, Nandu did shine in his bit effortlessly. Anish Kuruvilla needs a special mention. He will stand as a surprise to you in the movie. Kedar Shankar and Gururaj as the lead’s fathers will definitely remind you of your fathers.

This movie will mark the arrival of Vivek Sagar, a music director the whole industry will be more than proud to have. If there are reasons to watch the movie again, music will definitely be one of the first ones. It perfectly blends with the movie and the BGM has in fact enhanced the movie big time.

The movie is not only going to be something new to the eyes but to the ears as well. You will even hear birds chirping and children playing like they do every mornings next to your window. Being the first movie to be daringly shot on sync sound, Tapeloop (comprising Sanjay, Varun and Vivek Sagar) team has done some splendid work. For the budget and constraints that we have in Telugu cinema, this is one of the best and biggest achievements for this movie.

If you think Pellichoopulu is just a new age and fresh movie all are talking about, so we should watch it, then I am afraid you’re partially wrong! Apart from this, this movie is about chances, challenges, failures, goals, ideologies, growth, success and love that we face in our life. And nowhere is the movie did he try to give you any gyan about how to lead a life in a particular way, yet you take home a lot with you. There was an undercurrent message that also speaks throughout the movie. That shows how tight his script was. And this is an achievement that solely belongs to the director (including his direction dept.). There is also another interesting aspect between the lead pair we usually see in every movie, which is present in this movie as well, but is not spoken out loud between them. Let’s see how many of you actually notice it. I’ll leave it you.

I will be punished if if don’t mention  the cinematographer Nagesh Banell’s work along with the art work done for this movie. Nagesh visuals are truly captivating and you won’t believe that whole movie was shot in and around Hyderabad and Secunderabad. Art work has a great importance in this one giving the much needed flavour to the movie. 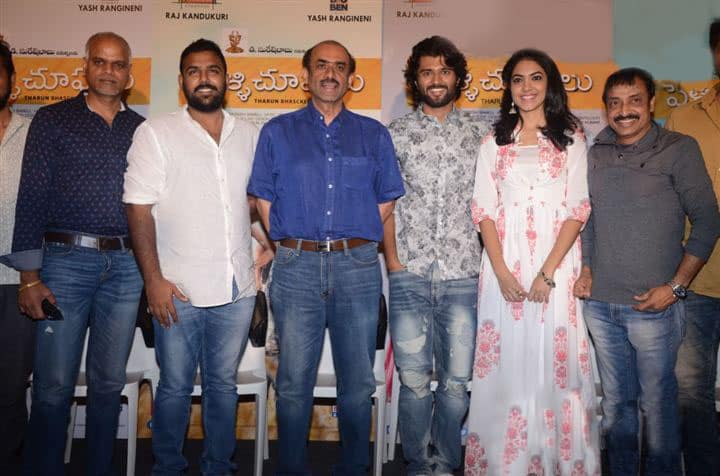 Kudos to the producers, Raj Kandukuri and Yash Rangineni, for picking this amazing piece with guts, giving the needed freedom to a much needed young talents for the industry. And Suresh Babu for his genuine approach in backing this wonderful movie in order to reach the maximum. You will always be remembered as the first of its kind of producers who opened a new phase of film making in Telugu cinema.

See there, I went on mentioning about everyone. I just couldn’t help it! The movie is genuine and true to itself in every sense. For all those complaining about watching new kind of cinema, realistic cinema, etc in Telugu, here it has arrived. Pellichoopulu is your answer. Again, I am reminding you, this has neither any mind blowing twists nor any over the edge sequences. It is simple, subtle and very much your kind of story, yet it is bound to mesmerize you. The movie is releasing this Friday, 29th July. So save the date, because it is really worth it! You can thank us later!!

6 Worst RGV Movies That Do Not Carry His Mark

11 Things Every Individual Can Relate This Diwali

5 Super Cool Web-Series You Need To Put Into Your Watch...