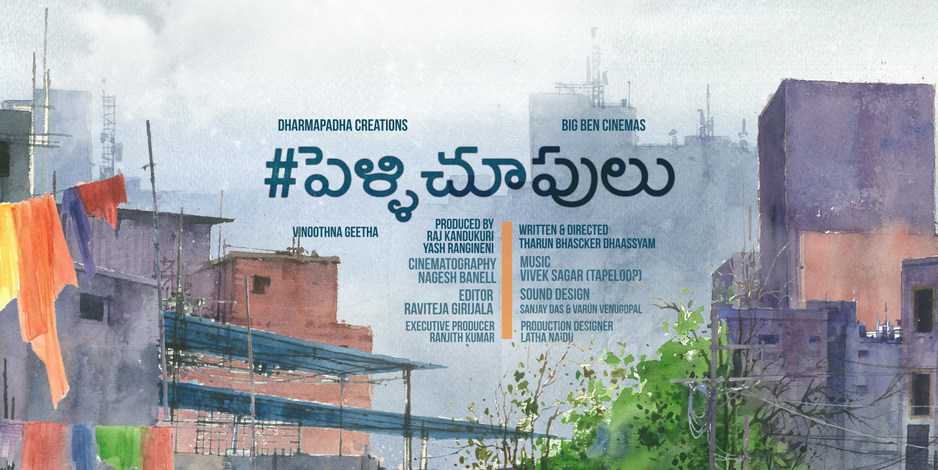 In the last couple of years, we have seen a welcoming trend in Telugu cinema where a couple of new coming of age cinema started making their ways through successfully. Passionate movie makers never stayed idle waiting with their scripts for a 3 hours feature film.

Even if it was a 10 minutes script, they went ahead and executed it successfully using the social media smartly. Anukokunda was one of the first short movies that paved a new path of relief for many short films in Telugu.

After that, the team of Vinoothna Geetha carved a niche for themselves with their set of short movies in Telugu. Tharun Bhascker Dhasyam who already proved his worth with many such movies is making his debut on the silver screen this summer with #Pellichoopulu.

Without going overboard, the team looks to have already impressed with their unique teaser of introducing the characters.

Vijay Deverakonda, the ‘dhoodhkasi’ guy from Yevade Subramanyam, who surprised everyone with his flamboyant energy will be seen in his first lead role as Prashanth. And Ritu Verma, the ‘Anukokunda’ girl who has already made many eyes turn towards her will be seen as Chitra.

Being produced by Raj Kandukuri (Dharmapada Creations) and Yash Rangineni (Big Ben cinemas) in association with Vinoothna Geetha, the team has come up with a romantic comedy which looks like a story happening in your next door.