Movies need not be the ones we go to the big screen, buy a ticket, watch for 2-3 hours and get back to be the critic. Movies could be the ones we can happily relax and watch over the Internet for 15-20 minutes. The best of these series’ could be the capturing of those tiny emotions that play a huge role and to put in those concepts that cannot be made into a 3 hour movie.

Here is presenting Pavan Sadineni’s venture into web series, PillA. He has already made his place strong with his ‘Prema Ishq Kadhal’ and ‘Savitri’. Not only with those full length films, he also is known for some amazing short films like, ‘Interview’ and ‘Bewars’. This movie features Dhanya Balakrishna, a talented damsel who plays supporting roles in many Telugu and Tamil films. She plays the role of a next-door-party girl.

This web series is a ‘dramedy’ in which a girl goes out to party and gets drunk and realised she is pregnant. Throughout the series she figures out and traces back at all the events that happened during the party that lead her to get pregnant. The trailer spoke so many untold suspenses that guarantees a full fledged entertainer.

This digital entertainer is co produced by viu, Tamadamedia and presented by Annapurna Studios. The name adds on to the excitement that challenges the audience.

Watch the series without missing a tad bit of it for some alluring entertainment and fun! 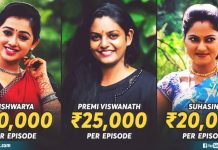 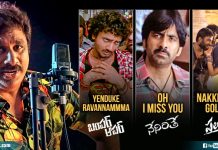 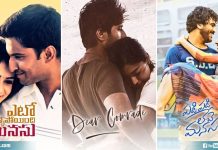 7 Current Top Serial Actresses And The Remuneration They Charge For...

We Bet You Didn’t Know These Interesting Facts About Our Indian...

10 Trendy Folk Songs That Show Raghu Kunche’s Versatility As A...

9 Love Stories Which May Have Failed At The BO But...