There are celebrities on Twitter, and then there’s RGV.

It’s difficult to categories RGV’s tweets under any one particular category. Are they mere rants of frustration? Are they the opinions of a seasoned veteran? Or are they flames fueled by choicest psychotropic? We’ll never know.

But there’s one thing we can say with conviction. Nobody speaks their mind out like RGV does. And nobody mixes wisdom with fluff, in the manner that he does. 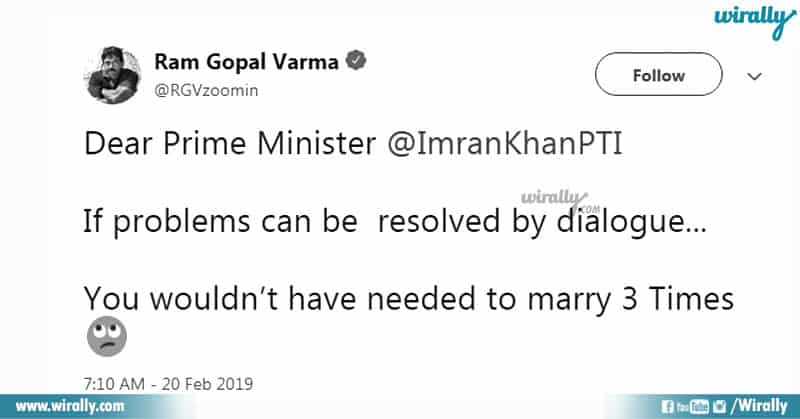 We all are troubled by the events in North Korea, but RGV has the final word on Korea and Kim il Jong. 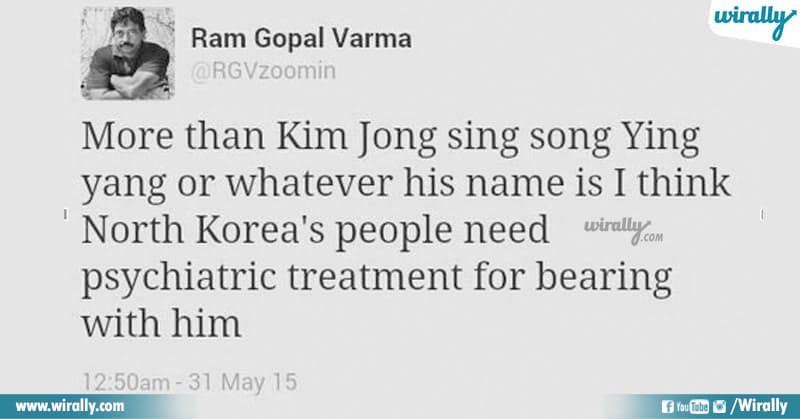 For most of us, the AIB Roast was just a comedy show. Not for RGV. 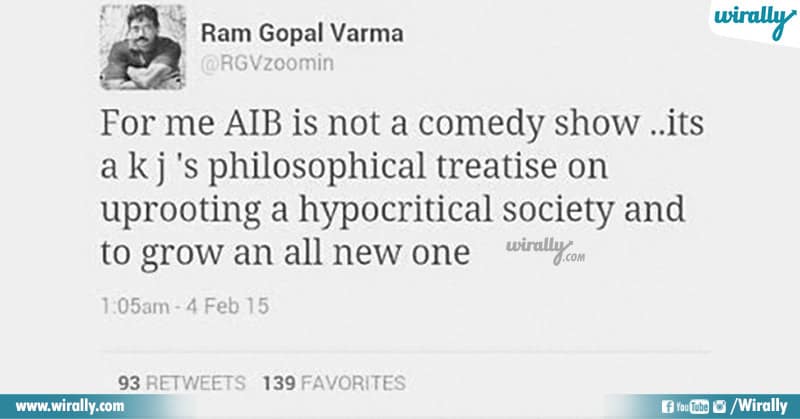 We all love Apple products. But only a few of us are as demanding… 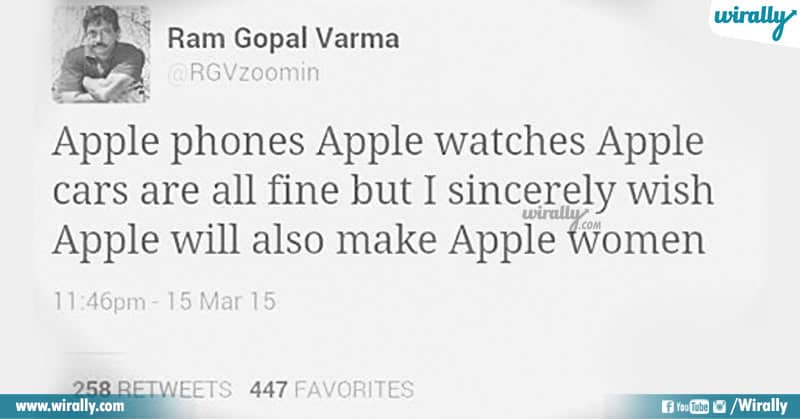 Admit it, we are all a little romantic deep within our hearts. Not RGV. Here’s how he toes the line between celebrating Valentines Day, and releasing a trailer of his new movie. 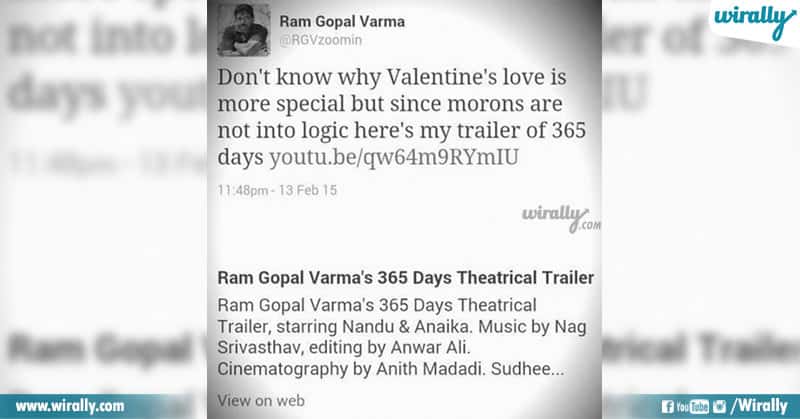 For the times when he draws your attention to vintage advertisements. 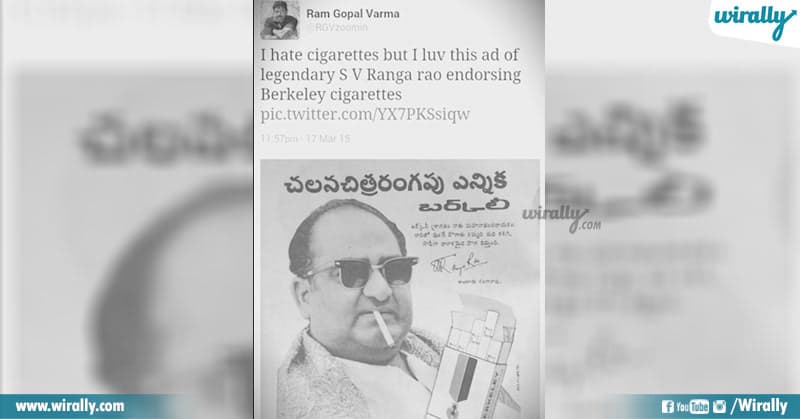 When he expressed his opinions on the ideal Prime Ministerial candidate for India. And his reasons for it. 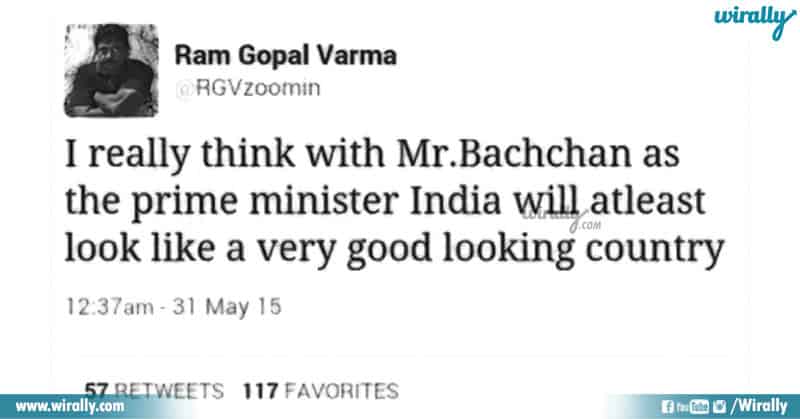 Not someone to give up easily, he went on to compare AB to Gods. With panache! 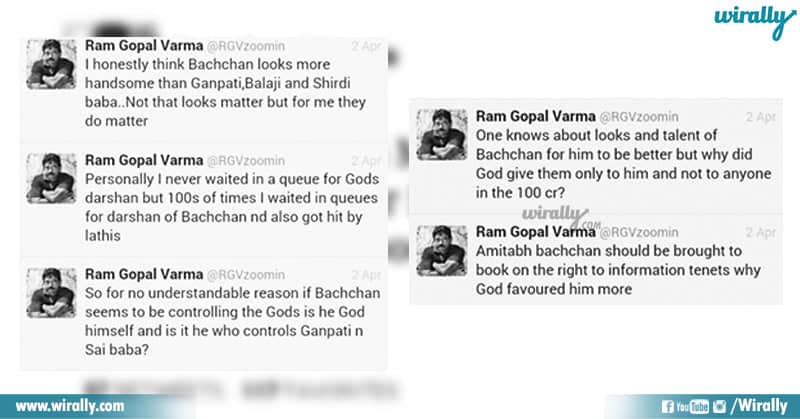 When he gave advice to Dalqueer Salman about his acting. 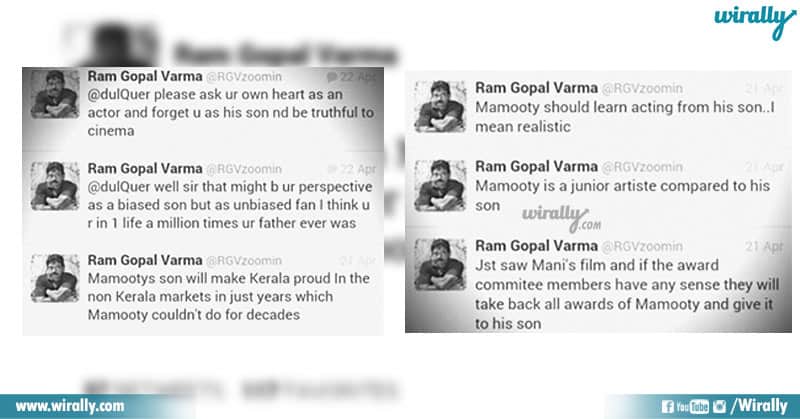 In the way he talks about his most-talked about movie of all time. 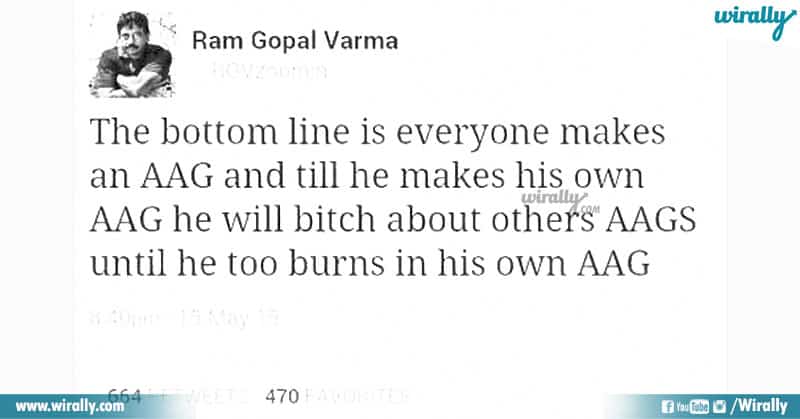 Are you proud of how active you are on Twitter? Don’t be. 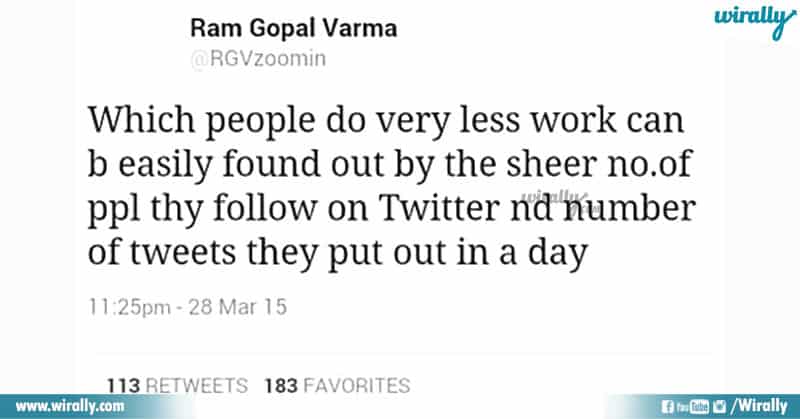 Don’t like his Tweets? Have something to say to him? Well, tough luck there! 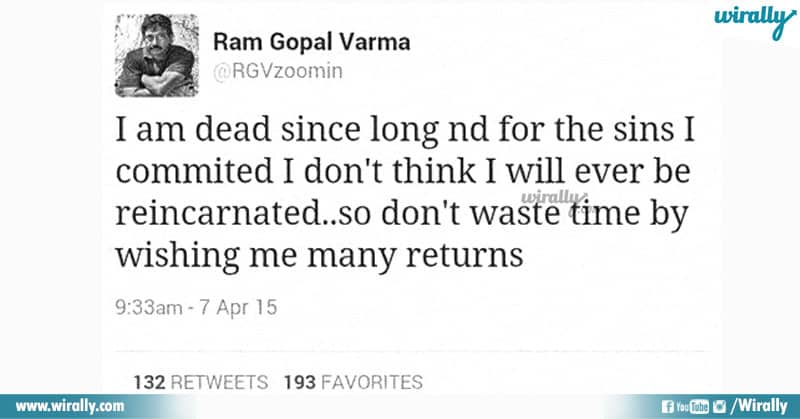