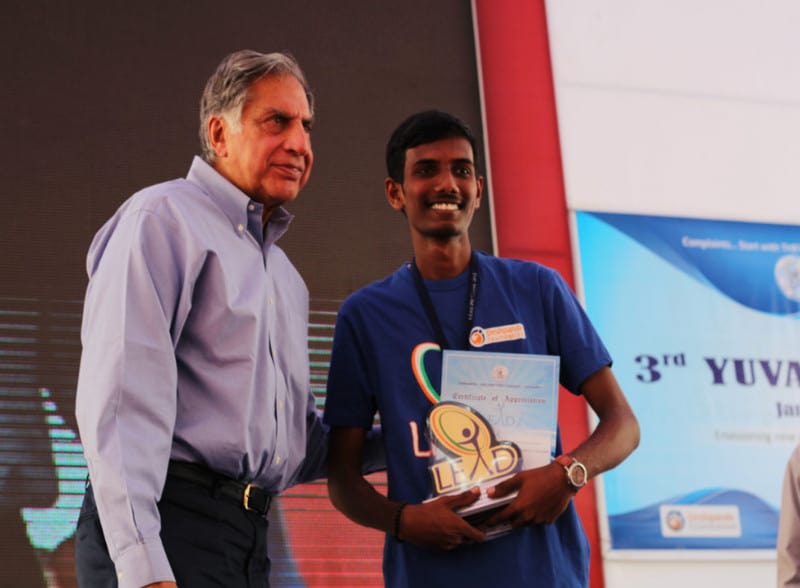 Santhosh Kaveri, an ingenious entrepreneur, views problems as an opportunity for growth and improvement. Santhosh Kaveri who studied BBA in Samiti College in Belgaum, had been subject to the day-to-day woes of an average farmer in the remote village of Shedbal-his native place. Owing to his rural background he faced untold challenges during his schooling years when he had to walk 10 kilometres just to attend school. With climbing financial needs, he took to part-time farming alongside his studies in order to help his family and pay for his higher studies.

In the first year of his college life, he joined the LEAD programme at Deshpande Foundation to build upon his brilliant ideas. LEAD formed the perfect platform for his innovations that stemmed from observation of demanding chores performed by the farmers in his village. 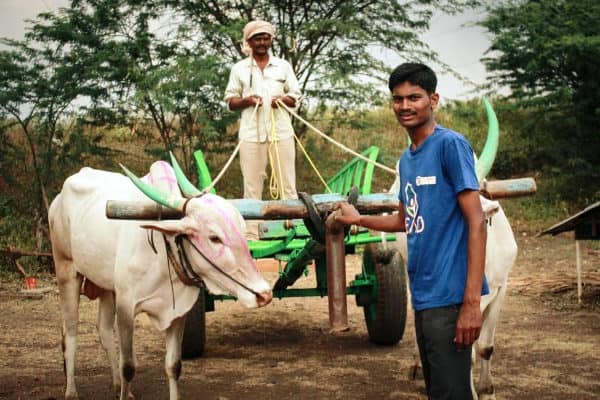 The inefficiency of bullock carts used by the common folk for transportation on a daily basis led Santhosh to developing a newer kind of cart to overcome the shortcomings of the existing one. The traditional braking system used in a bullock cart is not only unsafe, but also painful for the oxen that pull the carts. Santhosh improvised the existing bullock cart system design by introducing a brake liner attached to the thread which can be controlled by the driver. The working of these brakes are similar to those on bikes. 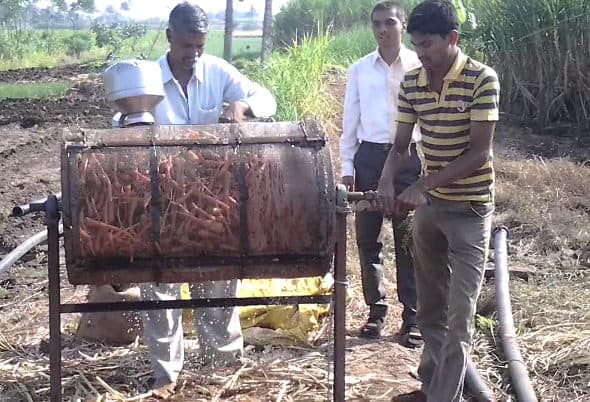 The carrot cleaning problem was something that Santhosh wanted to deal with as it bothered many farmers local to the region he belonged to. For his first LEAD project, he wanted to devise a mechanism in order to avoid the time consuming task of cleaning carrots before they were deemed acceptable by market standards. Carrot cleaning used to take up the labour of 12 people for a meagre quantity of one quintal. Santhosh started developing a novel machine after observing the working of a washing machine. He applied the concepts used in a washing machine to carrot cleaning and was successful in building an efficient machine in his 12th try. His simple innovation has brought down the time consumed for cleaning one quintal of carrots to 15 minutes with two labourers working his machine. The machine has been implemented successfully in 10 different villages. 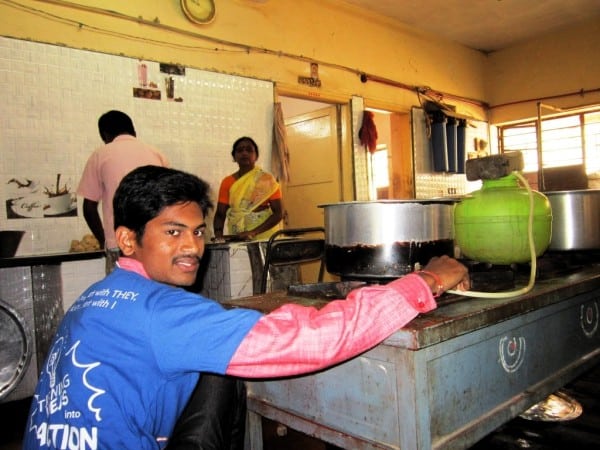 The unaffordability of gas and environmental concerns surrounding its excessive usage garnered Santhosh’s attention. He has created a device that can be used to boil water for cooking purposes. After its usage, warm water is collected at the end for bathing purposes. The device has been used in hostels where savings of more than Rs.1000 per month has been reported. Santhosh Kaveri has singlehandedly changed several aspects of a commoner’s life and continues to do so. For his promotion of self-sufficiency and improvisation he was presented by Ratan Tata at the Yuva Summit of 2013 and again in 2014  was awarded “Best Leader” .

“The way I see it, all problems give me an opportunity to enter into business and provide products which are helpful for Indians.”

“I have learnt a lot in this journey, the confidence that I have gained is precious. I would like to take this to the next level and develop more such machines to help people at grass-root level,” he concludes.

How People Can Be Defined By Their Whatsapp Status

7 Years For The Gigantic Blockbuster ‘Gabbar Singh’, A Spl Film...