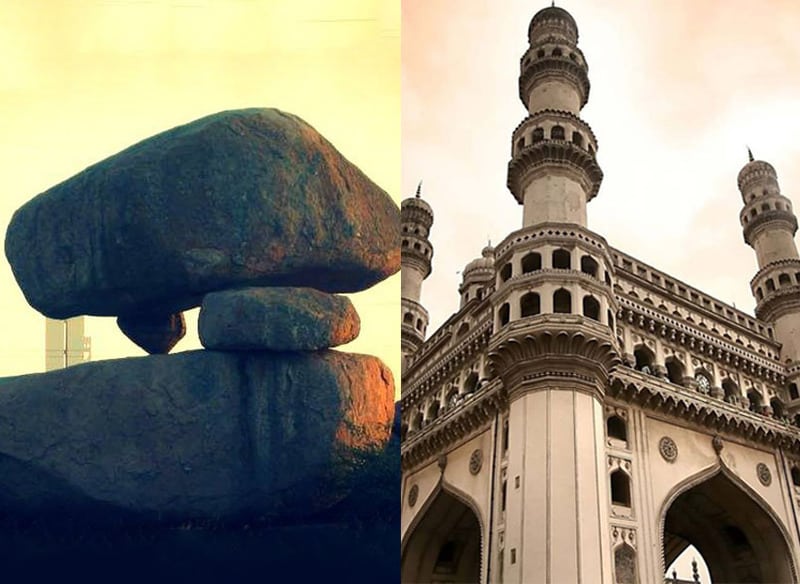 Hyderabad, a city of beautiful seismic rock formations, offers a visual treat to nature lovers. The natural picturesque structures across the city are simply awe-inspiring. Balancing through millions of years and battling the odds of development, along with the natural weathering and wearing, these structures have a tale to tell. But, this is a thing of the past. The structures that stood tall and the stony ridges and hillocks, which were once a go-to place for all the nature lovers are now losing its charm. Or to be precise are being turned to dust to meet as the economic developments and IT parks are jeopardizing the natural rock formations.
And no, this is not something that is just a growing concern among the nature lovers and the rock saving societies, as it effects more lives than you can think of. Numerous geological studies stand evidence for the fact that the natural rock formations have a bearing on the channelizing of rain water and thereby affecting the underground water system. And these rocks are as much part of our heritage and ecology as the flora and fauna. So, preserving them is essential, more so because it is impossible to relocate rocks or recreate them unlike flora and fauna that can be relocated or recreated by cloning the same, unlike the massive rock structures that can never be recreated once destroyed.
Realizing this importance there have been movements pushing the government to include a few rocks into the list of heritage structures and we’ve seen them happen too. For instance, Hyderabad it self has a list of protected rock structures that are being preserved under the guidance of a recommendation by the ‘Society To Save Rocks’ (STSR) in 1997 and under Regulation 13 of the HUDA Zoning Regulations 1981 are as follows:
1. Rocks around Durgama Cheruvu
2. Rock Park
3. Bear’s Nose
4. Mushroom Rock, Hyderabad University
5. Cliff Rock
6. Monster Rock
7. Tortoise Rock
8. Toadstool Rock
9. Obelisk
This apart there are several regulations by the HMDA, which states that there around 30 meters area surrounding a rock formation should be left untouched and no construction work should be undertaken in these regions without the permission of the heritage committee. However, not everything happens as mentioned in the books. And Hyderabad has seen more than it’s fair share of destruction and demolition of rocks. The recent one being the threat to rock formations around Peeran Shah Wali Dargah heritage that are being plundered.
The rocks in this region date back to over 2,500 million years and are among the few hardest and oldest rock formations in the world, yes, in the world and not just Hyderabad! These rocks are also under the precincts listed as Item No. 8 in GO 68, that dates back to December 3, 2009, which states that there shall be no construction around . The GO stipulates that  meters from the periphery of the dargah, which will also act as the buffer zone.
Apparently these rock blasting are being undertaken by a private developer who owns the land where these rocks exist. But, it is to be noted that rocks have heritage protection even if one has ownership of the land and demolishing or bombing of these rocks are still an offence.
What’s more? The current destruction in question might harm even the historic, 800-year-old mosque, as the blasting of rocks are being done within 40 meters of the mosque which is a violation of the protection of heritage buildings and precincts too. According to HMDA officials, the court is yet to hear the PIL that was filed challenging the order issued by the Telangana State government deleting the Regulation 13 of the Hyderabad Urban Development Authority Zoning Regulations 1981, which was incorporated to protect heritage buildings and precincts.
While the law states it is illegal to demolish such structures, there have been instances day-in and day-out where builders and authorities have been continuing to cause damage. It is probably time for people to unite and voice against these rather than wait for Great Hyderabad Adventure Club, Society to Save Rocks, and other such organizations to resolve it for us.
It is time that we love, respect, and value our surroundings and make sure that the rocks may still have a chance to survive. It is important for us to make sure that the coming generations may see and wonder at what the nature has endowed us with.