The day arrived and it’s passed 24 hours to get started with counting the numbers. So far Kabali collected 250 Cr. worldwide on its first fay surpassing Bahubali and Sultan. Kalaipuli S Thanu in a statement, said: “It is the best collection an Indian actor has ever had. It shows that there is only one superstar and that is Rajinikanth.”

Kabali was released in approximately 8,000-10,000 screens all over the world including 480 screens in the US, 490 in Malaysia and above 500 in Gulf countries. The film has also released in UK, Australia, New Zealand, Sri Lanka, Switzerland, Denmark, Holland, Sweden, South Africa and Nigeria making this the biggest Indian movie to be released on such a magnum opus scale.

If this is not EARTH-SHATTERING, what is? #Kabali [Tamil+Telugu] opening in intl markets:
Malaysia: No 1
USA-Canada: No 3
UK: No 10@Rentrak

While the whole world was watching Kabali and the madness reached peaks to watch Rajinikanth on screen, many would have wondered what Rajinikanth would be doing with so much celebration around him. And not to our surprise, he was in his simple ways taking a walk peacefully in the streets of US.

When the whole world is busy celebrating #Kabali here is @superstarrajini taking a stroll in the streets of USA pic.twitter.com/n7SI5PKVpn

He is Thalaiva for a reason!!

8 Offbeat Things To Do In The ‘City of Destiny’, Mana Vizag 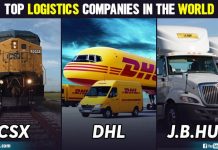 Besides Saaho Here Are The Other Best Posters Of Prabhas’ Films

11 things every strong couple will be strong in

10 Movies Which Were Rejected By Prabhas In His 17 Year...

Rana’s No 1 Yaari Show Reveals The Other Side Of RX...